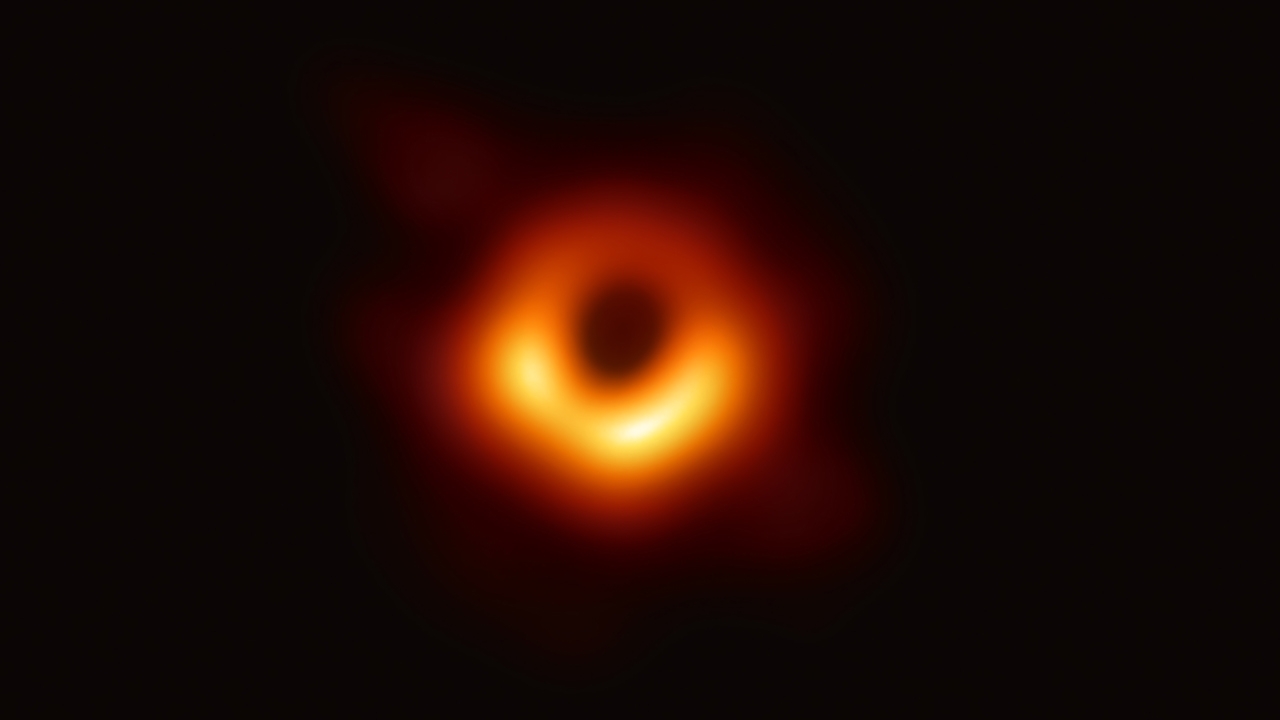 An alumna from The University of New Mexico is part of an international team of scientists that were able to produce the first-ever image of a supermassive black hole revealed earlier this week.

Raquel Fraga-Encinas, who is currently a Ph.D. student at Radboud University in the Department of Astrophysics, earned her Bachelor of Science in Astrophysics from the UNM Department of Physics & Astronomy in 2001.

As an astrophysicist and data scientist, her work consists of running computer simulations to understand the physics of the hot gas orbiting around this black hole. She also calibrates, analyzes and visualizes data from astronomical observations of Sagittarius A* made using radio telescopes. 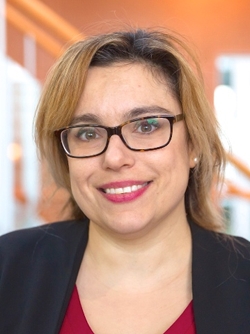 UNM alumna Raquel Fraga-Encinas was part of the team to capture the first-ever image of a black hole.

Fraga-Encinas is a member of the BlackHoleCam project, an EU-funded project to finally image, measure and understand astrophysical black holes. Their research tests the fundamental predictions of Einstein’s theory of General Relativity (GR). BHCam is a project funded through a “Synergy Grant” awarded by the European Research Council (ERC) to a team of European astrophysicists, in partnership with the Event Horizon Telescope project and other international partners. The BlackHoleCam team members are active partners of the global Event Horizon Telescope Consortium.

At Radboud University, Fraga-Encinas was on a team of 10 researchers and students who worked hard over the past two years to help achieve the milestone. They took part in the observations with the different telescopes and made a crucial contribution to the data analysis and the development of the theoretical models.

Black holes are exotic cosmic objects which have enormous mass but are small in size. A black hole exerts extreme influence on its environment curving space-time and heating surrounding matter to super-high temperatures. A black hole is an extremely dense object from which no light can escape. Anything that comes within a black hole’s “event horizon,” its point of no return, will be consumed, never to re-emerge, because of the black hole’s unimaginably strong gravity. By its very nature, a black hole cannot be seen, but the hot disk of material that encircles it shines bright. Against a bright backdrop, such as this disk, a black hole appears to cast a shadow.

Astronomers were able to take a photo of the supermassive black hole and its shadow using the Event Horizon Telescope (EHT), a utilization of eight telescopes spread out around the world that together form a virtual telescope the size of Earth. Astronomers were able to take a photo and revealed Wednesday the first-ever image of a supermassive black hole, which came from the center of galaxy Messier 87 (M87) from the nearby Virgo cluster.

M87 is a massive, elliptical galaxy outside of ours some 55 million light years from Earth. Its mass is 6.5 million times that of the Sun. The effort was achieved with a team of more than 200 researchers in 18 countries. Radboud University is part of the EHT management team.

The idea to interlink eight telescopes resulted in unprecedented sensitivity and resolution. Time after time, independent observations with the EHT, using different imaging techniques, have revealed a circular-type structure, with a dark area in the middle, a shadow of the black hole in M87. Hundreds of terabytes of telescope data were gathered two years ago, over a period of four days, when weather conditions around the world met specific criteria.

The Event Horizon Telescope Project cost an estimated $50 million to $60 million, with about $26 million coming from the National Science Foundation.

Fraga-Encinas completed her Honors Thesis under the advisement of UNM Department of Physics & Astronomy Professor Richard Rand. Titled, “VLA Mapping of M83 at 6cm,” she used data from the Very Large Array (VLA) on the plains of San Agustin some 50 miles west of Socorro, N.M. to make a map of the spiral galaxy Messier 83 (M83) in radio waves of wavelength 6cm.  She worked to address issues of the relationship between the spiral arms in galaxies like M83, our own Milky Way and the process of star formation.

“She was one of our best students at that time, very self-motivated and focused,” said Rand. “As with all her work, she was motivated to learn and worked with great efficiency. It was an absolute pleasure to advise her.”

During her time at UNM, Fraga-Encinas was the recipient of the Eoin Gray Memorial Award in the Astrophysics Department (2001). She was an Amigo Scholar (1997-2001) and also graduated with Honors.

She also held the offices of vice president and secretary of their chapter of the Society of Physics Students (SPS). Through SPS, she was also involved in public outreach activities and tutoring.  She was also elected to Sigma Pi Sigma, the honors society of SPS.

Fraga-Encinas earned her MS at the University of Maryland (2007) and is working on her Ph.D. at Radboud University located in Nijmegen, The Netherlands.