Celebrating 75 years of the Navy in the desert

Homecoming festivities have kicked off at UNM. It is a time to celebrate relationships and the affect these connections have had on all of us. One relationship in particular, is the source of great and unexpected pride for the University. Cultivated for the past 75 years, the Naval Reserve Officer Training Corps (NROTC), together with The University of New Mexico, has thrived far from the waters that the Navy calls home.

The NROTC unit was first founded in 1941, six months before the attack on Pearl Harbor. The president of UNM at the time was James F. Zimmerman. He had repeatedly asked the Navy for a unit and was turned down. It was after his third request that his wish was granted.

“The third time was the charm,” said Capt. Michael B. Riley, commanding officer of the NROTC unit at UNM. “The first commanding officer and staff showed up in May 1941 with the first students arriving around August. The program has grown from there.”

During the big build up in 1940–1941 in preparation for the Second World War, the Unit was expanded. Students were initially recruited from around the country—they didn’t have a choice which university they were assigned to. By 1943, the NROTC unit had greatly expanded to include the Navy’s V-7 and V-12 Officer Training programs.  In 1945, nearly every male student enrolled at UNM was wearing a Navy uniform.

What made the Navy change its mind and establish a relationship UNM, located right smack in the middle of a desert state, was the University’s School of Engineering—it was a critical component for Naval education.

Demand for engineers from both the wartime industries and the armed forces far exceeded the supply, so short courses in the School were instituted. In addition to contributing to the war effort, these wartime training programs helped increase the national reputation of the School.

“The School of Engineering rapidly expanded with the increase in NROTC students,” said Riley. “The school expanded its teachings, everything from how to operate a steam plant, aeronautics, electronics, radar, all of those things were taught here—it set a technical basis for the University. After the war, when the University started to get heavily involved in atomic research, UNM had already established many vital engineering programs. They had everything they needed to start that particular research and that was to do the affiliation with the Navy.”

Today, the School of Engineering continues its strong tie with the Navy through research initiatives. Faculty in the School have current or recent projects with the Department of the Navy or the Office of Naval Research as the primary funding agency totaling more than $600,000 and in the last decade, faculty in the School have been involved with more than $8 million worth of research focused on projects such as undersea warfare to biofuels to IED detection to projects that have applications for the Mars Rover and the Advanced Hypersonic Weapon.

The School also is the site for periodic meetings and workshops with Naval officials and for Naval projects. In July 2016, the School of Engineering organized and hosted an electric ship controls workshop for the Office of Naval Research for engineers from industry, government and academia from around the nation.

The University hosted the U.S. Secretary of the Navy Ray Mabus this year as well as Rear Adm. Phillip G. Sawyer, deputy commander of the U.S. Pacific Fleet. During Secretary Mabus visit to campus, he spoke with leadership, toured a variety of labs, including the Center for Emerging Energy Technologies. He also gave a presentation for students and faculty titled, “Visionary Leadership: Looking Beyond the Horizon.” 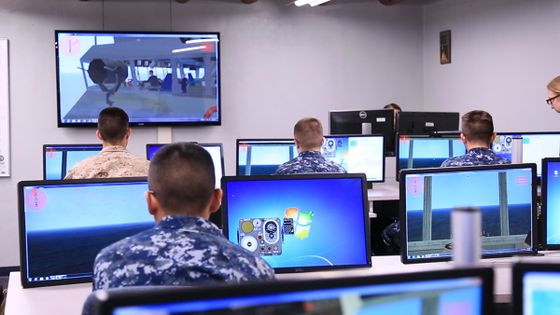 In addition to the physical and academic training, the NROTC also relies on advanced technology. An example of this is the Maritime Skills Simulator (MSS). The Unit uses it for navigation, weapons systems fundamentals, and tactical decision making. UNM was one of the first Units in the country to receive the simulator lab.

When asked what makes the NROTC unit special, Riley was quick to point out he graduated from the Unit.

“I have a sentimental attachment to this Unit and the University,” he said. “If it was not for the University I would not be here talking to you as its commanding officer. My education here was key to my success in the Navy. I met my wife here, too. She’s also a UNM graduate.”

“The active duty staff is also a key part of what makes this Unit so unique. Nearly all of the current staff have served in combat, prior to reporting to UNM,” added Riley. “At least two of the commanding officers in the late 1940s and 1950s had won the Navy Cross, during World War II.  A Marine officer instructor in the 1960s, Jay R. Vargas, would go on to be awarded the Medal of Honor from his time in Vietnam. Each member of the staff is committed to imbuing the midshipmen with the highest degree of honor, courage, and commitment every day.”

The Naval ROTC will be celebrating its 75th anniversary on Wednesday, Sept. 28. at 5:30 p.m. with a Rededication Ceremony at the Alumni Memorial Chapel.

As part of the 75th anniversary celebration, Rear Adm. David Gale (’83), who started as a midshipman at UNM, is retiring at the same place that launched his successful Naval career. On Sept. 29, the Unit is holding a ceremony for his retirement starting at 3:30 p.m. with a reception planned in the west wing of Zimmerman Library.

Gale was the commander of Navy Regional Maintenance Command. He was in charge of shipbuilding for the Navy. His superior, Deputy Assistant Secretary of the Navy, the Honorable Gloria Valdez, is also a UNM alum and will be in attendance for the ceremony.

“Together these great alums have been responsible for all Navy shipbuilding,” says Riley. “The latest thing these two have delivered is the destroyer, the USS ZUMWALT (DDG-1000).” 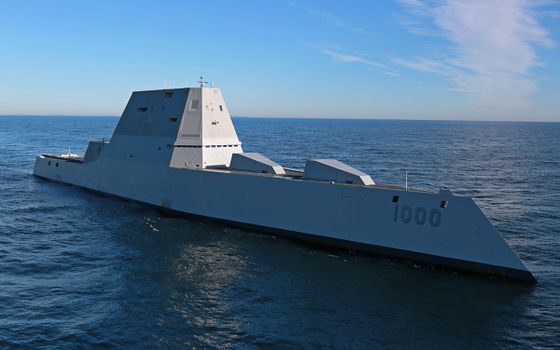 According to the Navy, the ZUMWALT is the newest and most technologically advanced surface ship in the fleet. It has stealth capabilities, having a radar cross-section akin to a fishing boat despite her large size. The ship will be commissioned in Baltimore on October 15 before its journey to its homeport in San Diego, Calif.

Being one of the oldest NROTC units in the U.S., it is fitting that the Unit at UNM has trained so many outstanding officers. At one point, the future of the Unit was in jeopardy despite its successes.

“In 1992 the Navy had made the decision to shut down the program due to budget cuts,” said Riley. “The only reason we remained open was based on an incredible effort of our well-known alums, they started a grassroots effort to keep the Unit. Along with the support from New Mexico’s senators and congressmen, the combined efforts were successful and are the reason we are still here today.”

“We have a bright future and we look to be here, part of this university for another 75 years. Someone will look back and be able to reflect on 150-year history.”