The University of New Mexico ranked amongst the top 1.6 percent of the top universities worldwide according to the 2021-22 edition of the “Global 2000 List" by the Center for World University Rankings released April 26.

The Center for World University Rankings (CWUR) publishes the largest academic rankings of global universities. A total of 19,788 universities were ranked this year according to their academic performance.

Additionally, UNM ranked No. 113 in the Regional Rank, which includes the U.S. and Canada. When compared to other notable regionally ranked U.S. universities, UNM ranked higher than Mountain West universities including San Diego State (150), Utah State (159) and Wyoming (165) to name a few. Colorado State was the highest-ranked Mountain West institution regionally at No. 86.

The U.S. has eight representatives in the top-10, which has been the case since the rankings started in 2012, and is the most represented country in the top 2000 with 347 universities.

The rankings are unique in that objective indicators are used for all four key pillars underlying the methodology of the ranking (quality of education, alumni employment, quality of faculty, and research performance) with no reliance on surveys and university data submissions; and equal emphasis is put on the learning environment and research.

CWUR uses seven objective and robust indicators grouped into four areas to rank the world’s universities. They include:

The Center for World University Rankings (CWUR) is a leading consulting organization providing policy advice, strategic insights, and consulting services to governments and universities to improve educational and research outcomes. CWUR publishes authoritative global university rankings, known for objectivity, transparency, and consistency, which are trusted by students, academics, university administrators, and governments from around the world. 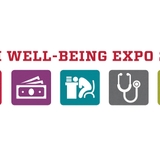