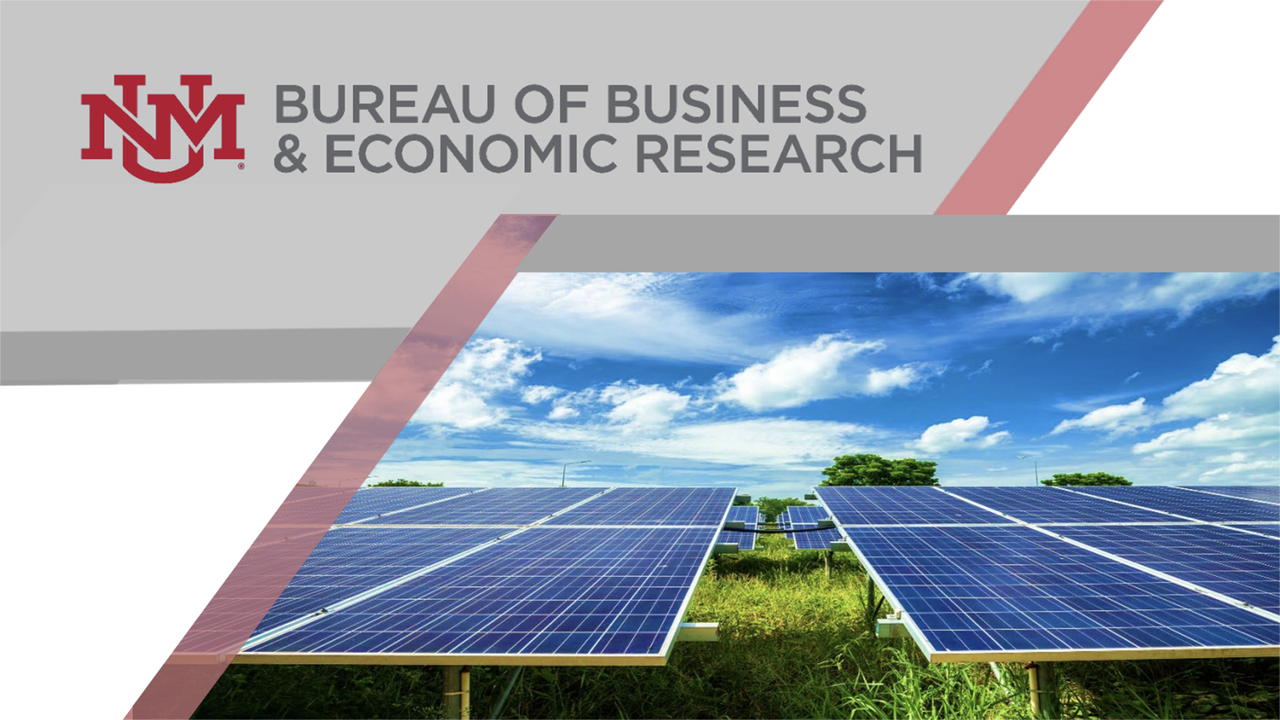 Community solar could provide an economic a path forward

A new report released by the UNM Bureau of Business and Economic Research (BBER) gives a positive outlook for proponents of community solar initiatives.

Community solar projects are large-scale facilities that individuals can buy into. They are an alternative to placing panels on houses and offer opportunities for low-income and non-homeowners to purchase their energy from renewable sources. In addition, people who buy into community solar can receive credit on electric bills for their share of power produced.

“In alignment with the governor's plan for 50 percent renewable energy by 2030, this report illustrates that community solar has the potential to be a highly beneficial addition to the sustainable energy industry in New Mexico,” said Rose Rohrer, BBER Research Scientist.

"Future community solar projects could be beneficial to the local economy, particularly during the construction phase, due to a large demand for labor,” said BBER Research Scientist Omar Solis. “The potential benefits of these types of facilities will depend on future legislative actions to govern state-wide allowable limits for solar power generation."

Opportunities for sustained revenues
Community solar installations would bring both one-time and sustained revenues into the state. The impact analysis demonstrates that economic changes resulting from the construction and operations phases of the installation of a single 2 MW solar array in the state of New Mexico can potentially support 12 jobs, provide $463,000 in labor income, and create $1.64 million in industrial output. Effects generated through the construction and operation of a 5 MW facility in the state suggest that a total of 38 jobs are created, with $1.47 million in labor income and $5.17 million in output.

Opportunities for land use
Community solar projects provide lease dollars for fallow lands. Many renewable installations require open, unobstructed space to maximize energy production; however, as community solar installations are smaller in scale, their development could provide benefits to landowners who might be overlooked in larger utility projects.

The study was commissioned by the Coalition for Community Solar Access as a part of their work on a State-initiated working group reviewing the potential for community solar initiatives. The Bureau of Business and Economic Research’s (BBER’s) analysis was based on data gathered from experts in the field and independent, publicly sourced information.