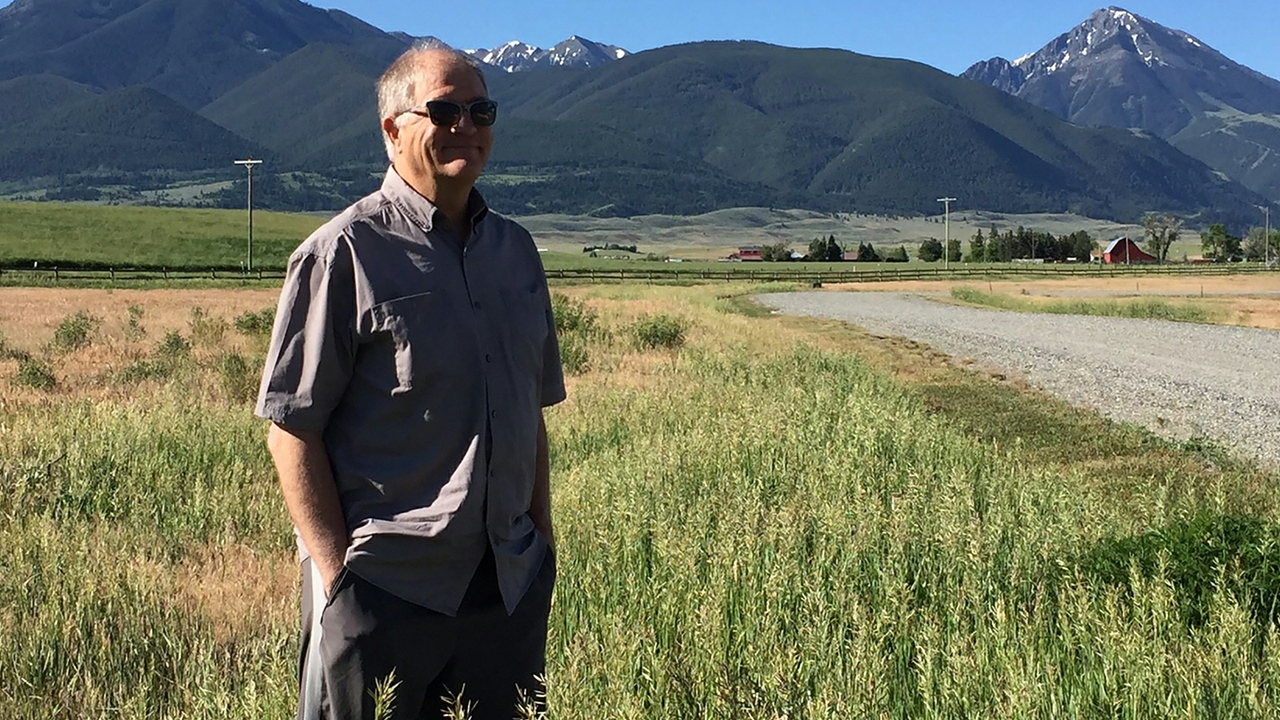 "I continue to find the world of archaeology full of rare discoveries and challenging opportunities.”

Dello-Russo has had a long and distinguished career in CRM and the archaeology of the western United States. His exposure to western states' cultural resources began in the mid-1970s when he worked as a cadastral surveyor with the Bureau of Land Management, utilizing 19th century Government Land Office notes and mapping historic mining towns throughout Colorado and Montana. By 1984, he had begun archaeological survey and excavation with Washington State University and the University of Oregon, and as a private consultant on projects from eastern Washington, to Seattle, to the northern Great Basin. 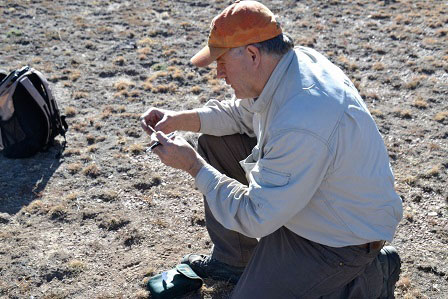 Dello-Russo moved to New Mexico in 1986 to enroll in the UNM's anthropology graduate program. He continued archaeological fieldwork, working with the Santa Fe National Forest, the UNM Office of Contract Archeology, and a number of private contractors.

“During the winter of 1972-73, I lived among Berber farmers near the coastal village of Tamri in southwestern Morocco. The geographic and cultural parallels between the two worlds – Berber Morocco and Puebloan New Mexico – have often struck me as remarkable. And, to this day, I wonder if these weren’t the underlying bases for my graduate and professional careers at the University of New Mexico,” he mused.

He completed his M.A. in Anthropology in 1991 and in 1993 opened his own cultural resource management firm, Escondida Research Group (ERG), in Socorro, NM. In 1999, Dello-Russo completed his Ph.D. in Anthropology at UNM, examining the effects of climate change on the subsistence behaviors of Basketmaker II foragers in western New Mexico.

At this time, he discovered the Water Canyon Paleoindian site during a CRM inventory for New Mexico Tech. He pioneered the X-ray fluorescence analysis of silicified rhyolites at the Black Canyon prehistoric quarry site near Socorro (partially funded by a grant from the New Mexico Historic Preservation Division), and completed two field seasons of excavations at the deep, multicomponent Lemitar Rock-shelter at the Sevilleta National Wildlife Refuge. The first season at Lemitar (also funded by a small grant from the NMHPD) initiated a long-term collaboration with C. Vance Haynes of the University of Arizona.

In 2007, Dello-Russo accepted the position of deputy director at the Office of Archaeological Studies (OAS) in the New Mexico Department of Cultural Affairs. In that role, he oversaw the completion of many large-scale CRM projects state-wide for a range of state, federal and private clients. His contributions included the discovery of the earliest known evidence (at ~2600 cal yr BP) for domesticated cotton in New Mexico at a site near Deming, NM. Also during this time, he collaborated with the Sevilleta National Wildlife Refuge in three seasons of the Rio Salado Sibley Civil War Cannon Finding Expedition. While at OAS, he organized lectures on Egyptian civilization and the challenges of managing world-class heritage resources for the Museum of New Mexico Foundation and the U.S. Council on International Relations at the College of Santa Fe.

In wide-ranging field and collection-based research, Dello-Russo organized and completed two field seasons of mapping and test excavations at the Caja del Rio Paleoindian site near Santa Fe for the Bureau of Land Management; completed the photographic and metric documentation of early diagnostic artifacts from the donated Bockman Collection; completed the La Junta Dacite Quarry documentation and sampling project with the Taos Archaeological Society; and completed five seasons of interdisciplinary field work, analysis and write-up at the multi-component Water Canyon Paleoindian site near Socorro.

In 2013, Dello-Russo accepted positions at the University of New Mexico as a research associate professor in the Department of Anthropology and as director of the Office of Contract Archeology in the Maxwell Museum of Anthropology. Under his leadership, Dello-Russo and the OCA professional staff have trained and provided employment opportunities to numerous UNM undergraduate and graduate students while conducting innovative cultural resource management and historic preservation compliance and research for federal, state, Tribal, and private sector clients, and generating more than a million dollars a year in contracts and grants.

“My career at the UNM Office of Contract Archeology began as a field technician during the late 1980s while in UNM’s graduate school. Now, as its director, overseeing a hybrid university organization which straddles the realms of cultural resource management and research archaeology, I continue to find the world of archaeology full of rare discoveries and challenging opportunities,” he remarked.

He is currently completing the final technical report for this work, as he wraps up other ongoing projects and, with his wife Patrice, a well-known bird and wildlife artist, prepares to move to his “old stomping grounds” in Montana to begin the next phase of his distinguished career.