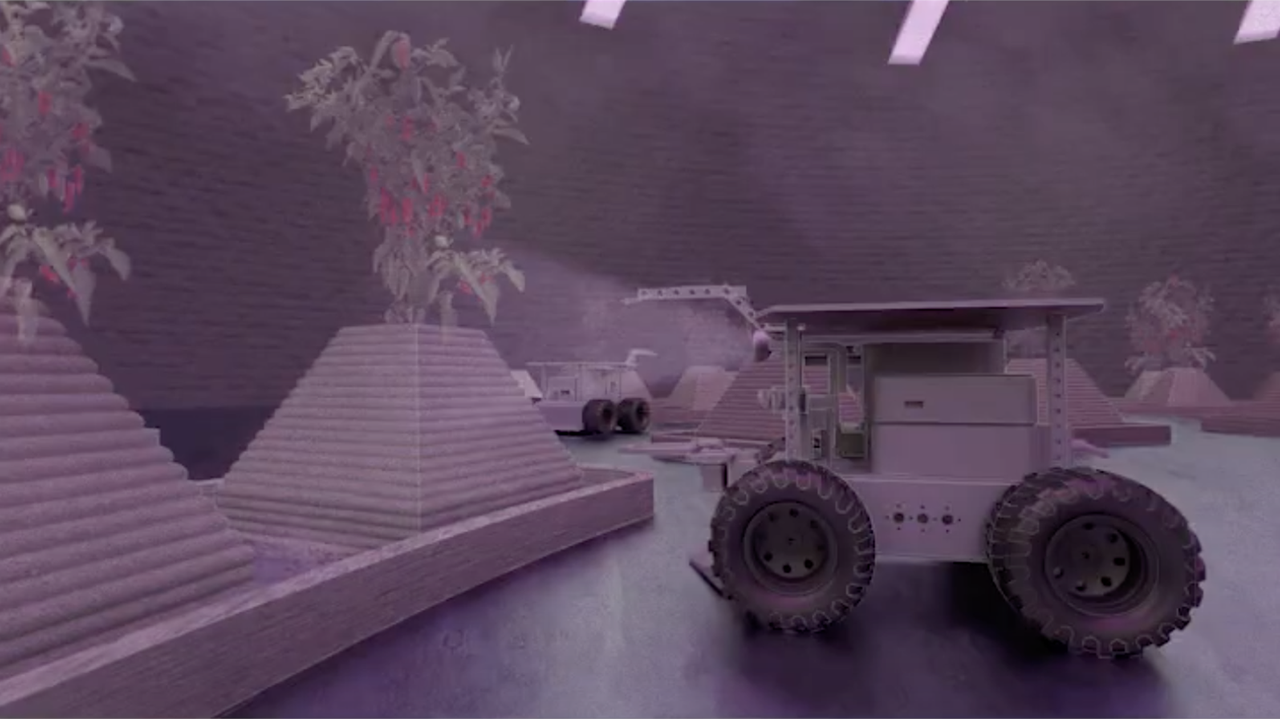 The proposal submitted by the UNM CHILI HOUSE Team won first place in the NASA MINDS Challenge, beating out dozens of other teams across the country. The UNM team of interdisciplinary researchers based its submission on teaching robots to take care of plants on Mars – a big step towards having viable food available for astronauts when they land on the Red Planet.

“We are –quite literally—over the moon about this! It showcases the power of collaboration across disciplines and the dedication of New Mexico students. We could not have done it without the support of our community and collegiate partners, but the students are the ones who really made it happen. I’m so proud of everyone involved.”  –Dave Hanson, UNM Biology Professor and a faculty advisor for the team.

Architects, biologists, computer scientists and engineers are collaborating to develop real-world tests and simulations as part of the Conservatory for Healthy Ingestion on Long-Interval Human-Occupied Unexplored Space Explorations (CHILI HOUSE) team. Their idea is to use robots to autonomously water and grow New Mexico chile peppers on Mars, the same variety of chile that will soon be growing on the International Space Station. 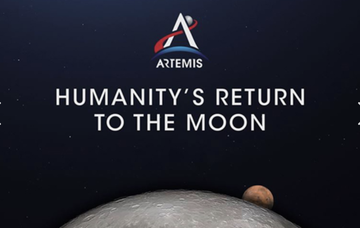 “Astronauts will need to have freshly grown plants for nutrition as well for mental health,” explained Hanson, who researches plant productivity and space biology. “Ideally, fresh food would be available when astronauts arrive at Mars and maintained continuously on both the moon and Mars without human intervention.”

UNM students and faculty representing the School of Engineering, School of Architecture and Planning, and Department of Biology are working with others from the Santa Fe Community College, Cabrillo Community College, Sandia National Labs, MicroCeres and Next State Systems.

The proposed structure is an inflatable dome that is covered with Martian regolith for protection from radiation and small meteorites. The interior of the dome houses planter configurations that best locate New Mexico chile plants outfitted with moisture and health sensors. Those sensors transmit signals from the plant wirelessly to a robot (or more than one robot). When the plant needs watering, the robots collect water from a distribution point near the center of the dome and transport it to the plant.

In essence, the plants are telling the robots when they need water, fertilizer, or other care. It’s a whole new realm of communication between plants, computers and humans that could shape how we interact with plants and other lifeforms in the future.

“The on-plant (wearable) sensors are working like translators for the plant. They monitor electrical and biophysical changes in the plant and provide an output that people, or computers, can understand,” Hanson explained. “We then program the robots to understand those plant signals or communications. It may sound far-fetched that we may be communicating with plants, but just imagine ways we might need to communicate with other life forms that don't speak.”

Every detail matters when it comes to space biology, including the structure that houses the plants and robots and the material used to build it. The regolith-based construction is currently being tested by the concrete printing lab at UNM. Meanwhile, the dome’s internal architecture is planned and designed to best spatially allow the robots to understand their surroundings; and helps to define how the swarmies navigate plants and their needs.

“The advantage of using a robot instead of a watering system with pipes is that the robots can do other tasks such as visual monitoring of plants for disease or malnutrition; they can add fertilizer or provide other adjustments for the plants as needed,” said Matthew Fricke, research assistant professor with the UNM Department of Computer Science. “Water drains through the pots to a sloped area below the floor of the dome and drains back to the distribution point at the center.”

The researchers say using robots also allows the garden to be reconfigured more easily than a fixed piped system would allow.

“The planning for flexibility of plantings and configuration is a critical advantage to the CHILI HOUSE scheme. We hope this early innovative strategy will be a competitive edge in this national student competition.” Kristina Yu, associate dean for University College, and associate professor with the School of Architecture and Planning.

A small set of robot gardeners can do multiple tasks. This will reduce the launch weight of the system and will allow for expansion. The UNM design proposal was approved earlier this year and NASA provided a small amount of funding to help pay for supplies to create simulations. Right now, the computer scientists are writing a simulation; it would show how the system works within the dome developed by the architecture and civil engineering students; and how it services the plant moisture sensors created by the biologists. The team is also developing hardware and software to show how a real robot might respond.

The initiative is part of the NASA Minority Innovative New Designs for Space (MINDS) challenge – a facet of the NASA Minority University Research and Education Project. The project challenges students’ skills, creativity and innovation while building technologies for the NASA Artemis missions, which aim to have people back on the Moon by 2024, then on to Mars.

“The Artemis program’s success will hinge on the creation of new technologies, and students are often the most outside-the-box thinkers of our time,” said Theresa Martinez, activity manager for NASA MINDS. “We are looking to students to be inspired, to uncover new ideas, and to ultimately bring those ideas to life.”

The UNM team consists of five undergraduates, out of a total of 12 team members including graduate and faculty advisors. The students will receive $5,000 for winning the NASA MINDS Challenge. Some of the students involved are also part of the group that recently qualified to the second phase of the NASA Robotics Challenge.