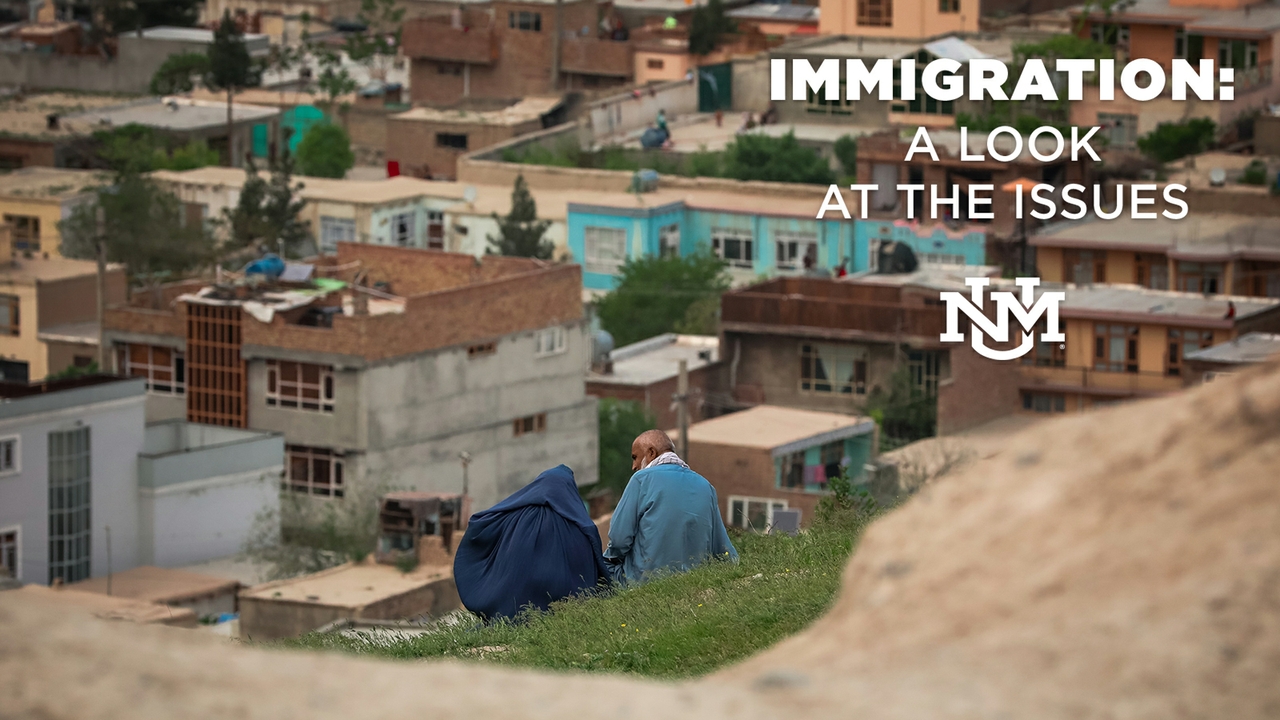 Sara, who prefers to be known only by her first name, immigrated to the United States from Afghanistan on Sept. 29, 2016.

“When you come to a new country it is very hard,” said Sara, whose mannerisms are peaceful, and voice is soft. “The people are new, the language is new and strange, the culture is different and daily life is so different.”

Her thoughts echo those in the minds of thousands of immigrants and refugees who come to the U.S. every year seeking their slice of the American Dream. Newcomers – immigrants, refugees and asylum-seekers who share the commonality of being displaced from their countries – come to America guided by hope, believing that safety and opportunity are possible in the Land of the Free. But that belief, woven into the fabric of our country’s founding, is being tested.

“I realize some Americans are opposed to having more refugees, especially from Afghanistan, enter the country. However, once they become aware of the horrible conditions that are facing many Afghans, especially women, they might soften their opposition,” explained Emile Nakhleh, research professor and director of the Global and National Security Policy Institute at UNM.

Nakhleh, a retired Senior Intelligence Service Officer, says when the Taliban swiftly took over Afghanistan last month, they again began imposing a strict interpretation of Sharia law on Afghan citizens. Women and girls are the biggest losers of this rigid, intolerant interpretation.

“The Taliban is also tracking down Afghans who are thought to have worked with the Americans, allied forces and NGOs. Once found, many of these folks are harassed, jailed, or even killed. They have instructed women, civil servants, to stay home and not go out without a male companion. The Chancellor of Kabul University tweeted on September 27 that women will not be allowed to study at the University,” he said.

“No wonder that so many Afghans, especially educated and professional women and their families, are desperate to leave their country and come to the United States.” – Emile Nakhleh, UNM Global and National Security Policy Institute

According to Nakhleh, the Taliban has also imposed the Qur’anic punishment, or hudud on thieves, adulterers, and other criminals – meaning they will cut off the hands of thieves and stone adulterers (mainly women) to death.

“Another worrisome factor for Afghans is the possible return of Al-Qa’ida and ISIS to the country,” Nakhleh explained. “If the terrorist organizations re-establish their presence in Afghanistan, they will begin to hunt down, and possibly assassinate, any Afghan suspected of having worked for the Americans or coalition troops—yet another reason for scrambling to leave the country.”

The increased violence happening in Afghanistan right now mirrors that from several years ago when tension surged between the Taliban government and government forces in Afghanistan. In 2015, with an uptick of suicide bombings and improvised explosive device (IED) attacks, the United Nations deemed nearly half of Afghanistan’s provinces as being at high or extreme risk.

A year later, Sara left her home country and came to the United States.

“I was all alone,” said Sara. “And it is very hard in a new country when you’re alone and don’t have family.”

“COVID has had a lot of disparate impacts on newcomers. Many newcomers are working in front-line jobs, so they are having more exposure to COVID,” said Jessica Goodkind, director of the UNM Refugee and Immigrant Well-being Project. “Also, the separation that was necessary during COVID was really stressful for many newcomers because they’ve already been through experiences of family separation.”

In Albuquerque, there is a large community of Latinx newcomers, as well as some from Africa, Iraq, Syria, and now Afghanistan. With the recent withdrawal of U.S. troops from Afghanistan, the New York Times reports more than 50,000 Afghan nationals will be relocating to the United States. According to the Refugee Processing Center, operated by the U.S. Department of State – nearly 8,000 have arrived nationwide since October 2020, and 19 of those (eight from Afghanistan and 11 from Africa) are in New Mexico. Refugee assistance groups are anticipating that number to increase by the hundreds over the next few months due to what’s happening in Afghanistan.

Although they escape the chaos of their home country, many will face the same challenges as Sara upon arrival in the U.S. Visa requirements and COVID mandates are rapidly changing and current, reliable information is hard to keep on-hand.

“For newcomers, it’s even harder to get that information in a language you can understand or from a source that you can trust.” – Jessica Goodkind, UNM Refugee and Immigrant Wellbeing Project.

Creating and connecting newcomers to resources is part of the mission of the UNM Refugee and Immigrant Well-being Project (RIWP). That’s where Sara found community support and full-time employment. Providing opportunities to immigrants to assist each other, and get paid to do so, empowers them to have control over their lives during an uncertain and scary transition.

“There are all these newcomers who are doing this work unpaid. They are helping each other with language barriers, filling out paperwork, navigating the system. Organizations like United Voices for Newcomer Rights (UVNR) are really important in this process,” Goodkind explained. “They pay full-time wages to those who have been through the experience themselves, speak the language, and know the culture – and those people can help their own community members, which makes such a big difference.”

UVNR is a nonprofit organization in Albuquerque that was formed by former refugee and student participants in the RIWP.

“It changed my life and it helped me a lot,” said Sara. “Each week I would be waiting for 5 o’clock to go to the learning circle. The students would also come to my home, eat with me, and talk with me, and enjoy my cooking with me, and then help me with other things.”

In response to stories like Sara’s and others, UNM’s RIWP launched a study aiming at a deeper understanding of the disparate impact of COVID on immigrant groups and how community advocacy groups can help ease the difficulties newcomers face when relocating. Armed with a $3.2 million-dollar grant from the National Institutes of Health (NIH), Goodkind and her team of community partners are testing the effectiveness of community-based peer advocacy, mutual learning, and social support intervention.

“We are looking at whether connecting newcomers to these amazing resources also results in improving their mental health and economic well-being,” Goodkind said.

The group will look at a multilevel approach to reduce negative socioeconomic and mental health consequences of the COVID-19 pandemic with disparate impacts on Latinx and Black immigrants and refugees by observing and implementing three levels of intervention:

Goodkind says her team hopes to find out how effective the RIWP intervention and engagement model is when paired with community-based organizations. The model aims to reduce distress, stressors, and economic precarity and increase protective factors like social support, access to resources, English proficiency, cultural connectedness, and mental health service use.

Supporting refugees in facing and overcoming these challenges also brings a depth of understanding of communities where they are relocating.

“After overcoming such adversity, we are seeing that newcomers are facing crises like the pandemic with confidence because they’ve been through similar situations in their home countries,” Goodkind said. “So many of the newcomers in our communities have coping mechanisms and internal resources that we in the U.S. can really learn from.”

It’s a small silver lining compared to the trauma these refugees have faced in their home countries and in their journey to find safety and stability in the U.S., but for those who are building new lives – like Sara – it’s worth the work.

“It means standing with newcomers and Afghans and taking this voice of Afghanistan to all the countries of the world,” Sara said. “Afghans are in such a horrible situation; it is hard to stand against the terrorist group and every day more Afghans are killed. Afghans want their freedom, and the world is silent. Stand with Afghanistan.”

Tags: Refugee and Immigrant Well-being Project Immigration: A look at the issues