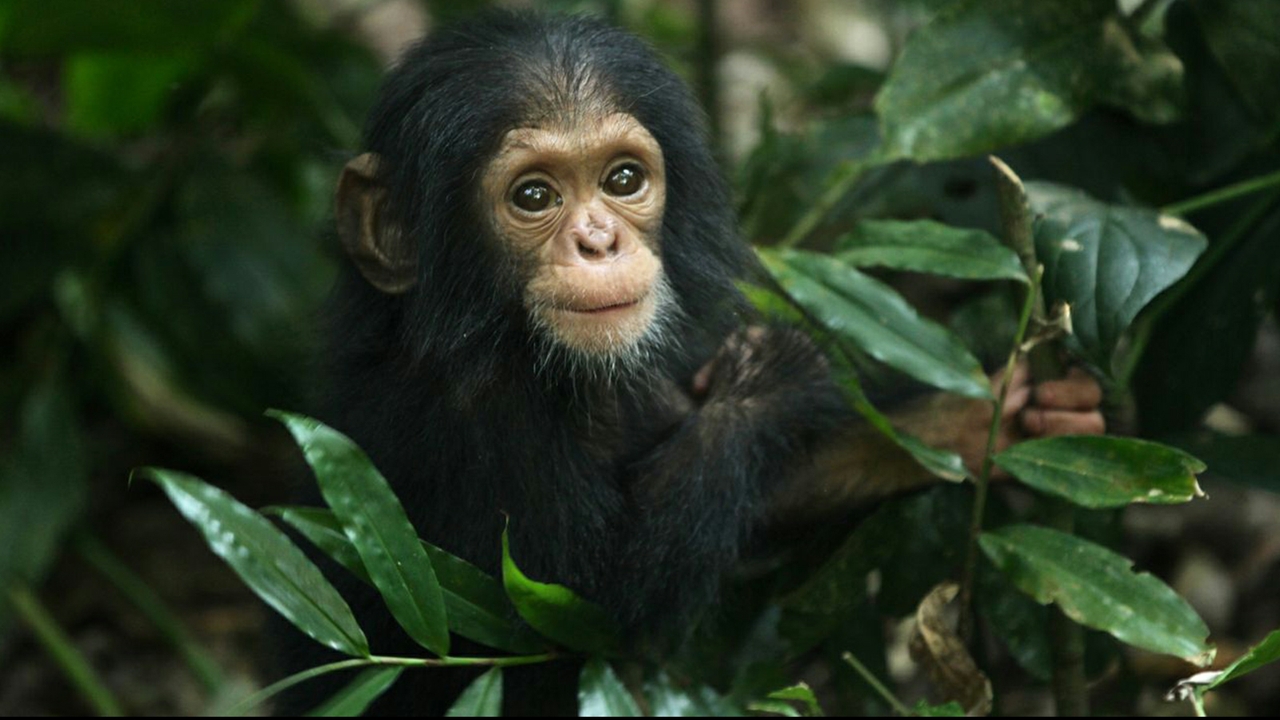 Experts and parents alike have long debated whether human boys and girls tend to be more or less physically aggressive because of nature or nurture. New research published in Proceedings of the National Academy of Sciences on young chimpanzees indicates that more physical aggression and expressions of anger among human boys may have deeper evolutionary reasons than the way they are brought up. 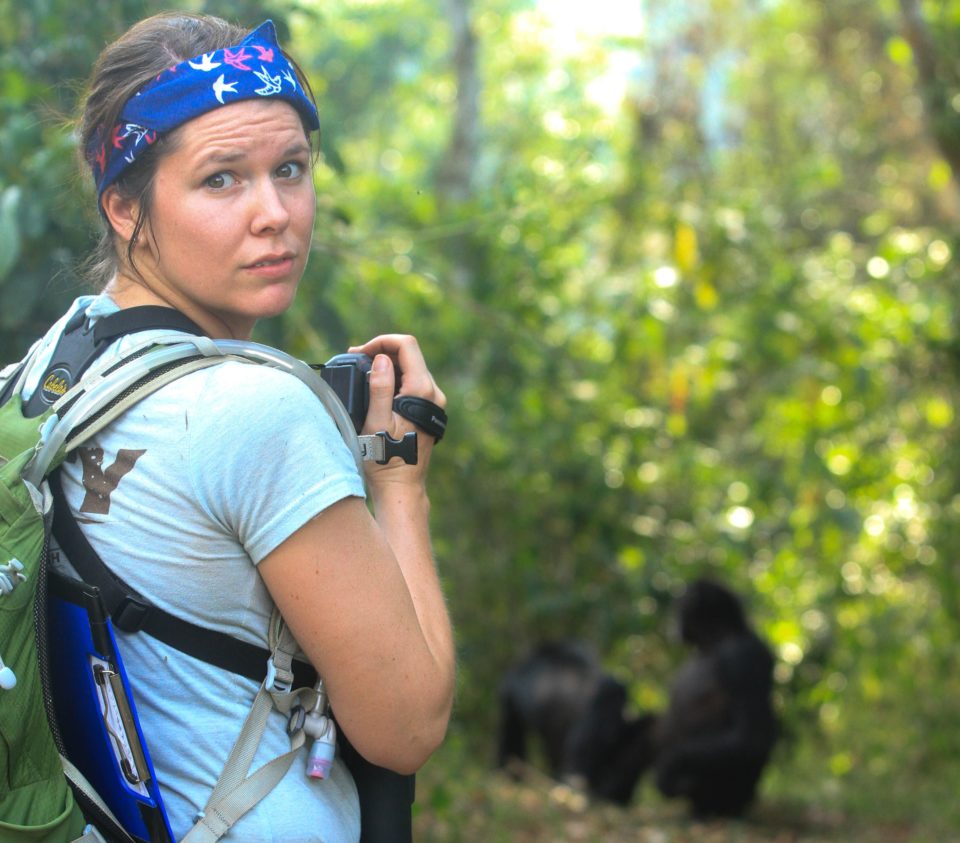 Kris Sabbi, who recently completed her Ph.D. in Anthropology at The University of New Mexico under professors Melissa Emery Thompson and Martin Muller, did her dissertation research about the developmental origins of sex differences in chimpanzee social behavior. She is now a postdoctoral researcher at Tufts University (co-appointed in anthropology and biology), retains a position as an adjunct assistant professor in the UNM Anthropology department, and continues to work in the CHmPP Center in PAIS.

Her new publication is called Sex differences in early experience and the development of aggression in wild chimpanzees.

“One of my goals as an anthropologist and a primatologist is to learn about human behavioral evolution by studying the behavior and ecology of living primates. As adults, male and female chimpanzees have very different social strategies, including differences in how frequently and for what purposes they use physical aggression with males generally using more intense forms of physical aggression and using them more often than females. These are differences that we also observe across human cultures- where men tend to use more violence than women from the same culture,” Sabbi said.

One explanation for this sex difference in humans is that human children and babies are treated differently based on their gender.

“We call this gender socialization and it’s one of the reasons that people refer to gender as a social construct. Even though violence is generally discouraged overall, physical aggression and physical expressions of anger are more acceptable behavior from boys compared to girls, and some think that this is how boys grow up to be more physically aggressive as men.” Sabbi explained.

“However, since we observe very similar sex-biased patterns in physical aggression in other species, especially in species like chimpanzees, who are so closely related to us, there is probably some shared evolutionary history and shared developmental processes- in addition to human-like gender socialization- that shape these patterns, too.”

The data for this study come from wild chimpanzees of the Kanyawara community in Kibale National Park, Uganda. Since 1987, the chimpanzees at Kanyawara have been studied continuously by a team of local research assistants and researchers including UNM’s own Melissa Emery Thompson and Martin Muller. This data includes detailed records of aggression and helped established that adult male chimpanzees were more physically aggressive than females.

Not surprisingly, aggression is most intense among adult and adolescent males as they jockey for position in the hierarchy. Adult females also receive a lot of aggression from males, especially when it comes to males competing over fertile females.

“Those might be two reasons why practicing physical aggression and learning how to compete during the juvenile period is so important for young chimpanzees, especially males,” she remarked.

But, as part of her dissertation work, Sabbi wanted to find out how early experience might shape this sex difference. Were developing male chimpanzees either indirectly exposed to more aggression between other group members  ̶ bystanders that witnessed aggression more often? Were the victims of aggression more often than similarly-aged females?

“Then, if males did witness or receive more aggression, we wanted to know whether it was just because they were males or whether there was some aspect of their early social lives that put them at risk for receiving more aggression.”

Risk factors included spending time away from protective mothers, spending time with or near dangerous males, and early expressions of physical aggression.

To answer these questions, Sabbi followed young chimpanzees each day and recorded not just who they were with but also everyone that they were close to, which other chimpanzees they interacted with, and she also took video recordings of their social interactions.

The major findings from this study are that males do, in fact, experience higher rates of aggression during development. However, this was not simply a consequence of their sex. Aggressors did not target young males for aggression just because they were male. Instead, the strongest predictor of how much aggression young chimpanzees received was the amount of aggression that they displayed, regardless of whether they were female or male.

This research is important because it can help us understand the evolution and development of human behavior, Sabbi said, and similar observational behavior can be nearly impossible to get in human children: “In this study, we’re examining normative levels of chimpanzee aggression- that is something that can be really hard to access in studies of humans, especially children.” Chimpanzees are also perfect for this kind of study because we don’t have a lot of evidence for teaching, so we can rule out the effects of gender socialization and see how other aspects of experience and social learning play a role in aggressive development—things that are likely also going on for humans, but are really difficult for us to study because human socialization is such a strong force.”

“Second, the work underscores how crucial it is to get away from false dichotomies like nature versus nurture. At this point, we have tons of evidence for both sides so it’s clear that both things are important. We showed two things here: first, that male chimpanzees do have different experiences of aggression in their early lives, and, second, that those experiences are shaped by behavioral differences that emerge around the same time and already resemble adult patterns.

"Both of these align with adult behavioral differences. So, I think that the next step is to start getting really into the nitty-gritty of how each thing contributes to shaping behavior and how they work together and play off of each other to shape behavior,” she remarked.