University of New Mexico Associate Professor Brady Horn (economics) alongside his co-authors were recently honored with the Georgescu-Roegen Prize from the Southern Economic Association (SEA) for their work.

The Georgescu-Roegen Prize is an award given by SEA for the best academic article published in the association’s journal, Southern Economic Journal (SEJ). The winner is selected by a selection committee consisting of the SEJ editor and two of SEA’s vice presidents. 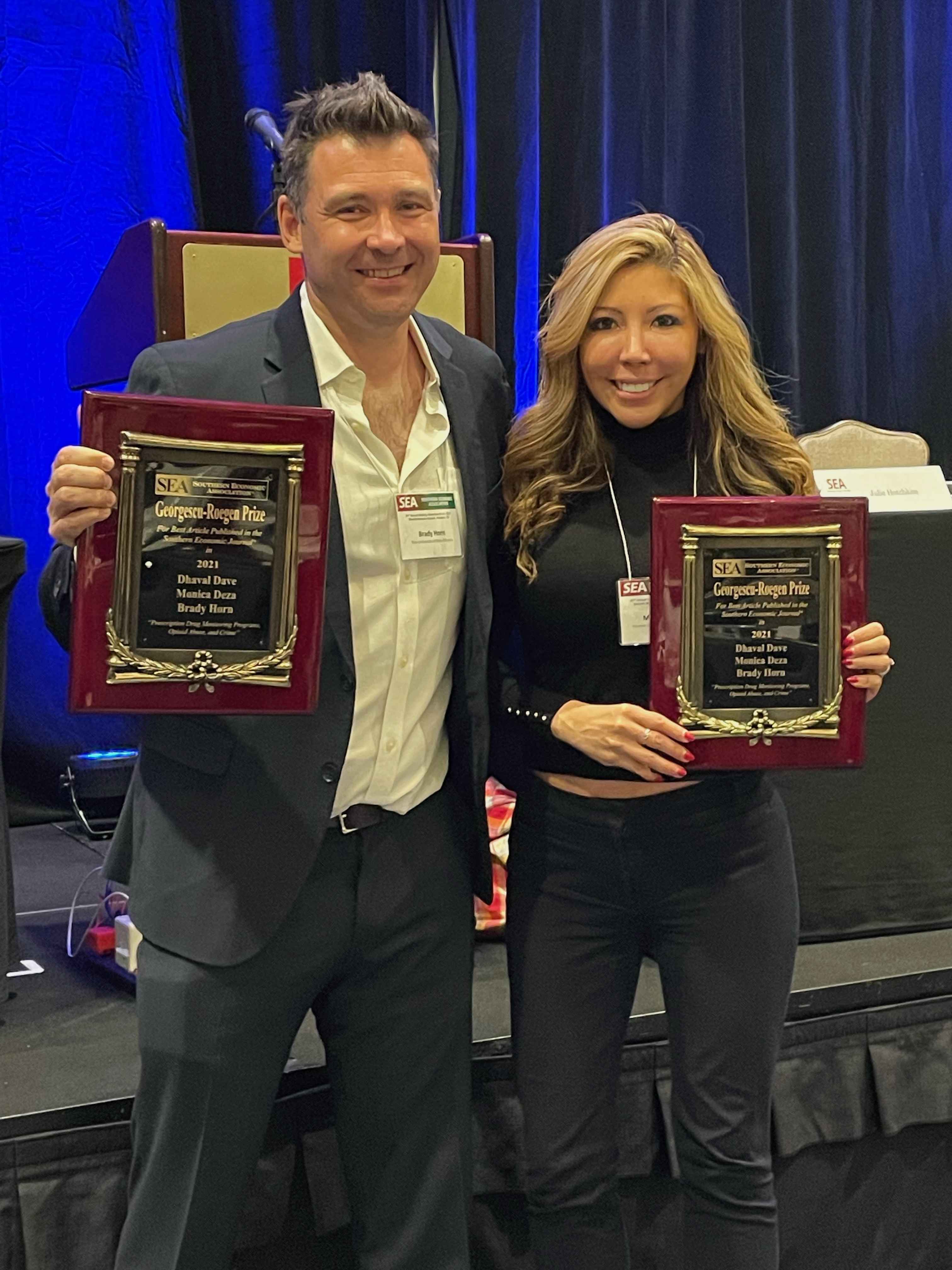 SEA is one of the oldest economic associations in the country, dating back to 1928. The association’s purpose is to further the education of scholars and the public on economics. The Southern Economic Association runs the Southern Economic Journal, where Horn’s article was published this year. The article titled, “Prescription Drug Monitoring Programs, Opioid Abuse, and Crime” was published in Volume 87, Issue 3 in (Jan. 2021).

“Some work has been done documenting that "mandatory access" Prescription Drug Monitoring Programs (PDMPs), or programs that require providers to query a PDMP prior to prescribing controlled substances, are effective in reducing opioid misuse and overdoses,” said Horn. “In our paper we find that mandatory access PDMPs have another positive societal effect - they reduce crime. We find that PDMPs reduce crime by approximately 5 percent, and are particularly effective in reducing assault, burglary and motor vehicle theft.”

Horn co-authored the paper with Dhaval Dave (Bentley University) and Monica Deza (City University of New York). The researchers discuss a study covering the effects of PDMPs on crime and non-health domains. Using a differences-in-differences and data analysis approach, they were able to find that appropriately designed PDMPs are effective in lessening some negative results of opioid misuse.

“This paper originated when Monica and I met at an organized session on substance use disorders at the Western Economic Association annual meetings,” shared Horn. “Monica and I are a great team, she is a night owl, so many times I would work all day on the paper, and she would work all night - amazingly efficient!”

According to Horn, the paper wasn’t immediately accepted but with each rejection, the paper became better.

“It was completely unexpected and a tremendous honor,” said Horn about winning the award.

Horn and his co-authors received an engraved plaque and monetary award on Nov. 21, 2021, during the SEA 91st Annual Meeting held in Houston, Texas.