UNM Newsroom / News / Eric and Dana Marie Knapp contribute $1.9 million to the Peter A. Winograd Scholarship in Law at UNM School of Law

Eric and Dana Marie Knapp contribute $1.9 million to the Peter A. Winograd Scholarship in Law at UNM School of Law

The Knapps have been long-time supporters of the UNM School of Law. In 2014, they made the founding gift to establish the Winograd Scholarship and have since contributed annually to provide scholarships to current law students. This most recent $1.9 million estate gift is the lead gift for the 75th Anniversary fundraising campaign at the UNM School of Law and is the third largest gift the law school has ever received. Winograd has also made a substantial estate gift, as well as annual gifts, to the scholarship endowment. 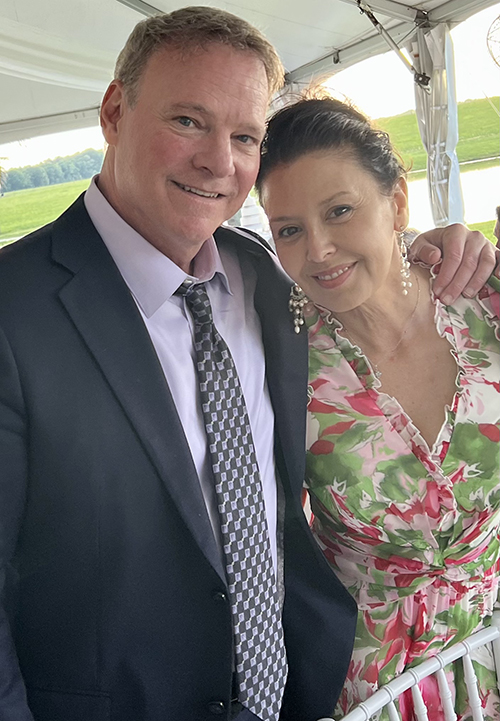 Eric Knapp received his bachelor’s degree from the University of Colorado and graduated cum laude and Order of the Coif from the UNM School of Law. In law school, he was the managing editor of the New Mexico Law Review. He was also a member of a first place team in the Health Law Moot Court National Competition and a second place team in the National Mock Trial Competition. Eric is a partner and the co-leader of Class Action and Multidistrict Litigation in the San Francisco office of Squire Patton Boggs. He serves on the UNM School of Law’s 75th Anniversary Steering Committee.

Dana Marie Knapp received her bachelor’s from the University of California, Davis. She has worked at Bartko Zankel Bunzel & Miller law firm in San Francisco for more than 16 years as a senior litigation paralegal. Dana Marie is an avid supporter of the Junior League in San Francisco.

“I’m grateful to the UNM School of Law and all its faculty, staff and my student-colleagues for a wonderful experience that helped shape my career,” said Eric Knapp. “It is an honor for Dana Marie and I to give something back to UNM Law and we take special pride in supporting the Winograd Scholarship in Law endowment.”

“We are so grateful to the Knapps for their extraordinary gift,” said UNM School of Law Dean Camille Carey.  “We are also very thankful to Associate Dean Emeritus Peter Winograd for his incredible generosity. These gifts will provide life-transforming scholarships to our students. It will also help the law school to continue to educate and graduate outstanding lawyers to serve our community.”

Winograd has chaired or been a member of about 30 law school site evaluation teams across the country as part of his ABA work. He was a member and secretary of the Council of the ABA’s Section of Legal Education and Admissions to the Bar. Winograd received the prestigious Robert J. Kutak Award from the Legal Education Section in 1999 for “significant contributions toward increased cooperation between legal education, the practicing bar, and the judiciary.”

His service to the ABA has also included membership on the Board of Governors from 2010 to 2013 and service as a Section Officers Conference liaison to the Board. Winograd has served multiple terms on the LSAC Board of Trustees, including a role as president.

Locally, Winograd has received an Outstanding Contribution Award from the State Bar of New Mexico and has served as a board member of both the Albuquerque Bar Association and Law Access New Mexico.

For more information, including fundraising goals and how to donate, visit the UNM School of Law website.