By Steve Carr March 14, 2013
Categories: Inside UNM
After a nationwide search, Provost and Executive Vice President for Academic Affairs Chaouki Abdallah has announced the selection of four finalists for the position of Vice President for Research and Economic Development.

"These finalists were selected from a large pool of candidates for the position, which included many well-qualified individuals," Abdallah said. "Dr. Barbara McCrady and the search committee have done an excellent job identifying these finalists and I look forward to their visits to campus."

The four finalists will each speak at an open forum where members of the UNM community will have the opportunity to ask questions and provide feedback to the search committee.

The schedule for the open forums are as follows:

Dr. Vish Prasad is the Professor of Mechanical and Energy Engineering and Materials Science and Engineering at University of North Texas (UNT). From 2007 to 2012, Dr. Prasad served UNT as its Vice President for Research and Economic Development (VPRED).

Billo is the Interim Associate Vice President for Research for the University of Texas at Arlington. In this role, he is responsible for the growth and expansion of seven Organized Research Centers of Excellence, the university's federal relations program, technology transfer and economic development.

Foster received a BA from the University of Oklahoma in 1981 and went on to graduate work in anthropology at Yale University, earning an MPhil in 1984 and a Ph.D. in 1988.

Dr. Foster's initial research was in ethnohistory and ethnography, publishing Being Comanche: A Social History of an American Indian Community in 1991, which won the 1992 Erminie Wheeler-Voeglin Prize as the best book in ethnohistory from the American Society for Ethnohistory.

Ford currently serves as Dean of the College of Graduate Studies and Public Health and Interim Dean of the Westbrook College of Health Professions at the University of New England (UNE). When he first came to UNE it was as Vice President for Research and Dean of Graduate Studies, discussed in his application letter. Prior to coming to UNE, he served for six years as department head of microbiology at Montana State University (MSU).

When he accepted the position, the department was in need of strong leadership. Building the department required hiring new faculty, developing new curricula, raising funding for scholarships and for extensive renovations of aging laboratories. During his tenure, Ford has hired seven new faculty members to the department, supported innovative changes in the department's curriculum, and saw steady increases in both undergraduate and graduate student enrollment. 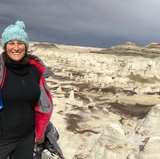 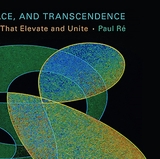 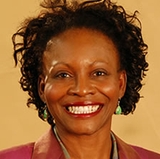