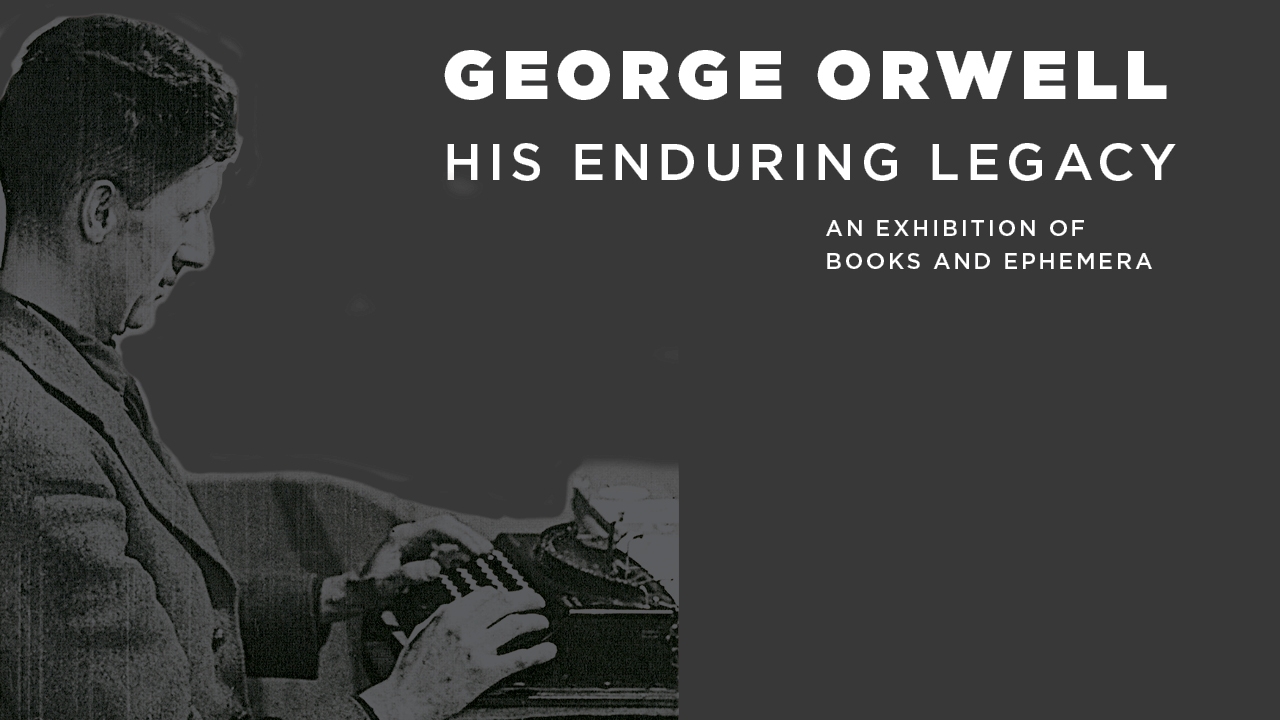 The written works of George Orwell have shaped countless lives through their commentary on social injustice, totalitarianism and oppression of the working class – now those books can be enjoyed by all Lobos at a new exhibit.

“George Orwell: His Enduring Legacy” opens in the Frank Waters Room in Zimmerman Library on Sept. 5.

Rand Jimerson, professor of History and director of the Graduate Program in Archives and Records Management at Western Washington University, will give the opening lecture titled George Orwell on Memory and Archives. The opening lecture is at 5:30 p.m., Thursday, Sept. 5 in the Frank Waters Room in Zimmerman Library followed by a reception and light refreshments.

The exhibit features books and ephemera from a recent donation to the library by Russ Davidson, University of New Mexico professor and curator emeritus. Davidson is an avid collector of rare George Orwell books, and a great supporter of the College of University Libraries and Learning Sciences. Davidson also served as a co-curator of the exhibit.

Books in Davidson’s Orwell collection represent scarce and unusual editions in various languages. For example, there are first editions of Animal Farm and 1984 in Icelandic, Ukrainian, Swahili, Afrikaans, Norwegian, Danish, French, Urdu, German, Hungarian, Indonesian, British, Swedish, Spanish and Italian. The collection also includes first, early and other scarce editions of many of Orwell’s other books, essays and journalistic writings.

The exhibit also showcases artifacts and posters from the Spanish Civil War Collection (MSS 320 BC). Orwell’s experience in the Spanish Civil War was instrumental to his development as a writer. Along with thousands of volunteers, Orwell traveled to Spain in 1936 to help defend the government against a military coup.

The Center for Southwest Research (CSWR) is also developing a lesson plan for high school teachers in New Mexico to use in conjunction with the exhibit. Educators interested in scheduling time for a class to visit the exhibit can contact Paulita Aguilar at paulita@unm.edu. More information and resources about Orwell and the exhibit will be available after Aug. 30 at goto.unm.edu/orwell.

Additional lectures on George Orwell are scheduled in October 2019 and February 2020, including:

The exhibit will be on display during regular business hours through April, except when the space is being used for classes and meetings.