Hal Holbrook recalls his times on the UNM stage

Hal Holbrook was in Albuquerque recently. It wasn’t his first time. The first time was in 1959. Holbrook sat down with Aracely “Arcie” Chapa, manager of multimedia services for the Center for Regional Studies, for a video she is producing to help celebrate 50 years of Popejoy Hall.

The campus newspaper wrote about Holbrook’s pending visit in 1959: The University Program series opens Wednesday night, Oct. 14 with the widely-acclaimed “Mark Twain Tonight” performance of Hal Holbrook. This will be the young artist’s first appearance following his command performance Monday night at President Eisenhower’s Birthday party. His performance was the highlight of the Washington D.C. Party. According to the New Yorker, “Hal Holbrook brings Mark Twain back alive.”

Chapa asked him, “And then you came here? We didn’t even have a concert hall! What were you thinking?” He said, “I did 307 shows in 30 weeks. I went there because they booked me!” The performance was held in the Student Union Building. He recalled an open passageway with students meandering around, talking and occasionally listening. “It was a mess,” he said.

But he came back again and again. The first time he performed at Popejoy Hall was in 1976. “It was a very modern hall. It had one balcony, was well equipped, had stage lights,” he said, referring to notes he takes after each performance. In his notes, he jots down everything from the state of the dressing room, facilities, crew and the audience.

“Everything was black – black stage, black drapes, even a black floor! You couldn’t make a worse choice,” he said, adding, “I wasn’t doing Hamlet.”

His notes about the Popejoy Hall facilities and crew are generous: “The crew is knowledgeable.” “The cooperation you get here from the top down is genial.” They care about you, the hall and putting on a good show.”

He and his Mark Twain persona came again in 1980, 1999, 2002, 2005 and 2013. “By 1999 the audience response had changed a great deal,” he said. Early audiences were quiet, would chuckle, but were definitely listening. “The last three times, the audience has gone from that to eager, intelligent and responsive,” he said.

He said, “Seeing theater, going to theater, the audience begins to let go. It’s not like watching a movie. The audience is a part of it.” He said that when he started tour, places he played were not usually theaters. Then something happened. “Town after town built a hall or restored an old movie theater. I played pretty much all of them. The effect is amazing. Many of them are connected to colleges. They brought culture, a different experience into the lives of people everywhere.”

Holbrook added, “Theater is for coming together and being part of a large group. It is seeing a spectacle. You are not alone, a part of everybody – like it or not. Go to the theater. It may touch your life. I hope so.” 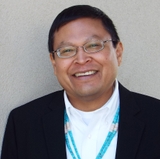 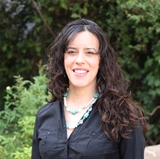