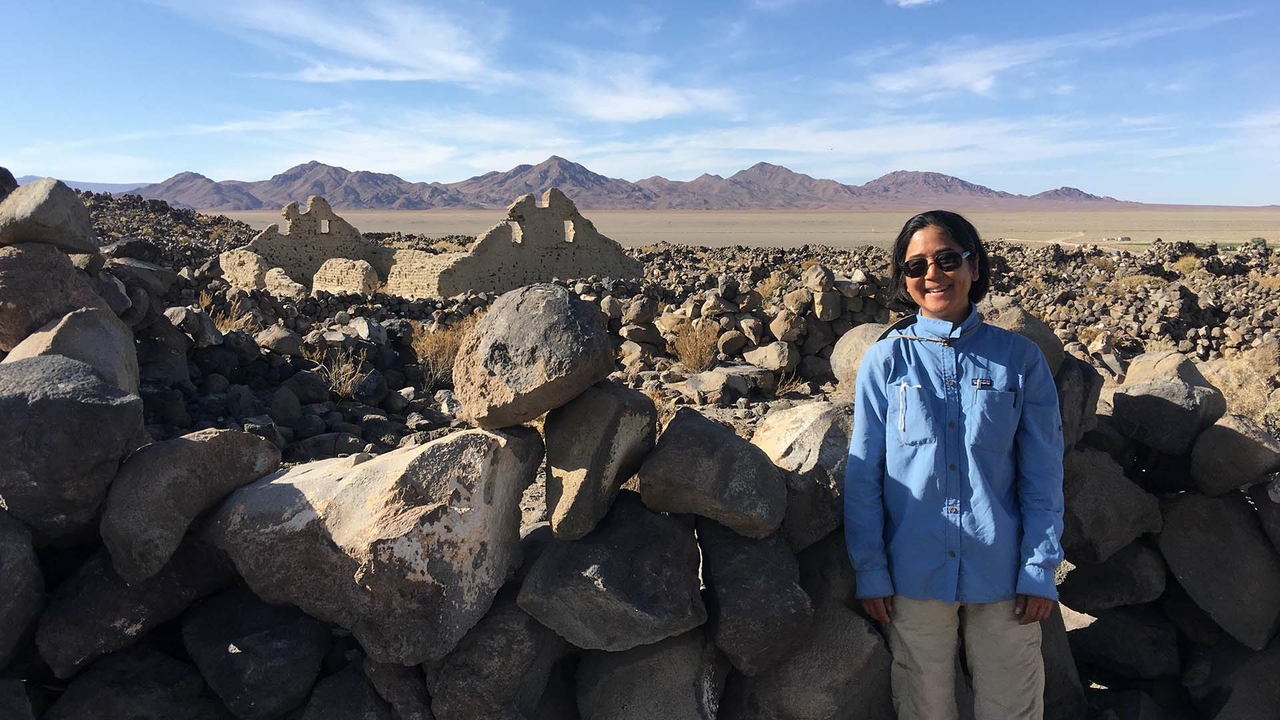 Hayashida co-editor of new publication about the Inka

Frances Hayashida, Professor of Anthropology and Director of the Latin American and Iberian Institute at The University of New Mexico is co-editor of a new publication Rethinking the Inka: Community, Landscape, and Empire in the Southern Andes published by the University of Texas Press.

Hayashida’s co-editors are Andrés Troncoso and Diego Salazar, both associate professors of Anthropology at the University of Chile.

The book is based on papers presented and discussed at a multi-day workshop in Chile that the three professors co-organized and that was co-sponsored by the Dumbarton Oaks Pre-Columbian Studies program (Harvard University).

“The workshop brought together leading South American researchers from Bolivia, Chile, and Argentina who study the southern portion of the Inka Empire, called Qullasuyu by the Inka,” Hayashida explained, noting that “Inka” is an alternative spelling of “Inca” that many academics use. “The scholarship represents some of the most innovative and empirically rich work on the Inka yet is little known by many in North America. This volume is the first to bring together much of this scholarship in an English language publication.”

The Inka conquered an immense area extending across five modern nations, yet most English-language publications on the Inka focus on governance in the area of modern Peru. This volume expands the range of scholarship available in English by collecting new and notable research on Qullasuyu, the largest of the four quarters of the empire, which extended south from Cuzco into contemporary Bolivia, Argentina, and Chile.

From the study of Qullasuyu arise fresh theoretical perspectives that both complement and challenge what we think we know about the Inka, Hayashida said. While existing scholarship emphasizes the political and economic rationales underlying state action, Rethinking the Inka turns to the conquered themselves and reassesses imperial motivations.

The book’s chapters, incorporating more than 200 photographs, explore relations between powerful local lords and their Inka rulers; the roles of nonhumans in the social and political life of the empire; local landscapes remade under Inka rule; and the appropriation and reinterpretation by locals of Inka objects, infrastructure, practices, and symbols. Written by some of South America’s leading archaeologists, Rethinking the Inka is poised to be a landmark book in the field, according to reviewers.

Image: Hayashida at the archaeological site of Turi in northern Chile, where she did fieldwork with her colleagues.