This week on New Mexico in Focus, correspondent Megan Kamerick sits down with journalist Sam Quinones, author of “Dreamland: The True Tale of America’s Opiate Epidemic,” to talk about the rise of heroin and opiate addiction across the United States and its impact on communities throughout New Mexico.

Host Gene Grant and the Line opinion panelists discuss the many lawsuits against Corizon Health, the for-profit provider of inmate healthcare in contract with the New Mexico prison system.

The Line also looks at Intel’s announcement of massive cuts and what that means for the economy in the Albuquerque metro area and around the state.

To stay informed, sign up for the New Mexico in Focus weekly newsletter 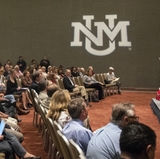 President Stokes to hold State of the University address 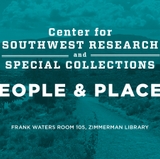 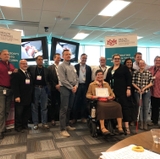 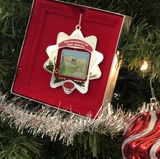