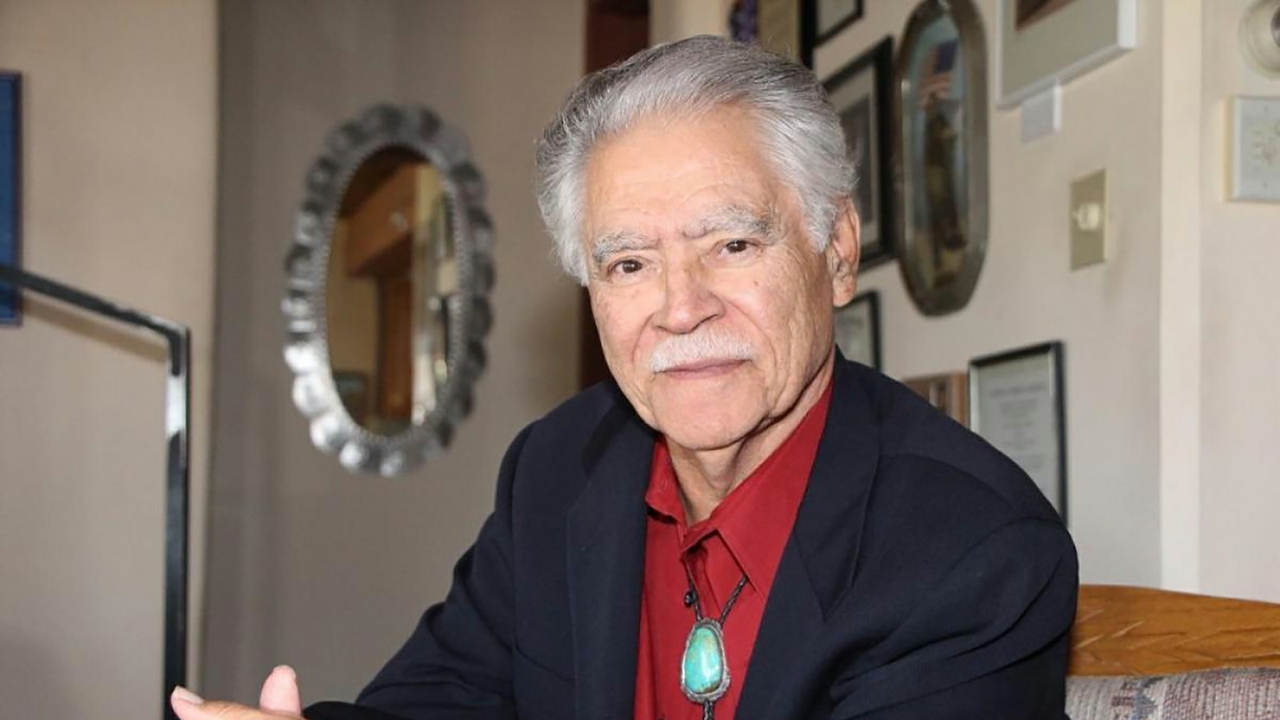 If only six degrees of separation are between each New Mexican, there are even fewer degrees between those who worked with, learned from, and were impacted by the writings of literary pioneer Rudolfo Anaya. His talent for capturing New Mexico on pen and paper is known around the world, as is his 1972 classic, "Bless Me, Última." 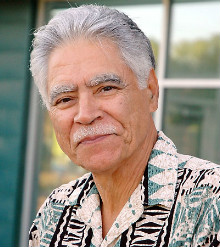 "'I will live as long as you remember me,' Anaya once wrote. 'I live in your memory.' Rudolfo Anaya lives on in our memories, and in our hearts." — UNM President Garnett S. Stokes

Anaya is recognized around the world for his works portraying the Chicano experience and was heralded as the Godfather of Chicano letters. In 2016, President Barack Obama awarded him the National Humanities Medal for his “pioneering stories of the American Southwest." Also among his many accolades are two Governor’s Public Service Awards, the American Book Award, a Kellogg Foundation Fellowship, two National Endowment for the Arts (NEA) literature fellowships and the NEA National Medal of Arts Lifetime Honor in 2001.

Anaya earned a B.A. in English and American Literature from the University of New Mexico in 1963. He went on to complete two master's degrees at UNM, one in 1968 for English and another in 1972 for guidance and counseling.

He was invited to join the faculty of the Department of English, where he worked as a professor from 1974 to 1993 and remained a professor emeritus throughout his life. He was also a founder of the UNM Creative Writing Program – which is celebrating the 30th anniversary of Blue Mesa Review. The Creative Writing journal was founded by Anaya and is still being published by MFA students in the English Department. During his time at the University, he inspired generations of students, faculty and staff with his writings and teachings.

"The entire UNM community mourns the passing of Rudolfo Anaya, one of the great voices not only of Chicano literature, but of humanity. He wrote of New Mexico, and what it meant to be a New Mexican—and did so in the same manner in which he lived his life: with passion, excitement, and conviction,” said UNM President Garnett S. Stokes. “During his long tenure as a teacher of writing at The University of New Mexico, he inspired countless students to find and raise their voices, to take pleasure in reading as well as great joy in writing and self-expression. His enthusiasm for his craft, as well as his unbreakable optimism, were infectious. We miss him—and our thoughts are with his family and friends.”

Even after retiring, Anaya maintained close ties with his alma mater. Only a few years ago, the UNM Libraries and UNM English Department jointly hosted an 80th birthday party for him in the Willard Room of Zimmerman. In 2012, also in conjunction with the Libraries, Creative Writing Professor Emerita Sharon Warner organized a marathon reading of “Bless Me, Última.”

"It is difficult to put into words the magnitude of loss the English Department, UNM, and New Mexico have suffered with the passing of such a towering literary figure as Rudolfo Anaya," said Anita Obermeier, professor and chair of the UNM English Department. "Equally challenging is to summarize all of his numerous accomplishments. We were fortunate, as an institution and a state, to have his extraordinary influence in our community.”

The University of New Mexico is privileged to hold a significant portion of Anaya's manuscripts and papers in its library special collections. The Rudolfo Anaya Digital Archive is an online resource that showcases Anaya’s life and work. It includes an introduction to Chicano/a literature, provides digital access to Anaya's manuscripts and papers, a complete bibliography of his published works, and a directory of all known critical, informational and multimedia resources about him.

In addition, thanks to a generous contribution from Anaya and his late wife Patricia Anaya, the UNM English Department established the Rudolfo & Patricia Anaya Lecture on the Literature of the Southwest in 2010. The series is open to the public and brings together students, faculty and community members to discuss and study address the rich traditions of Southwest literature.

“He will always be with us,” concluded Eliseo “Cheo” Torres, UNM Vice President for Student Affairs and a personal friend of Anaya’s. “When we want to feel close to him, just read one of his books. He left a legacy, not just here in New Mexico, but in the United States and all over the world. He will always be with us in spirit and in his writings.”

Details on a public memorial are forthcoming and will be added to this story when announced.