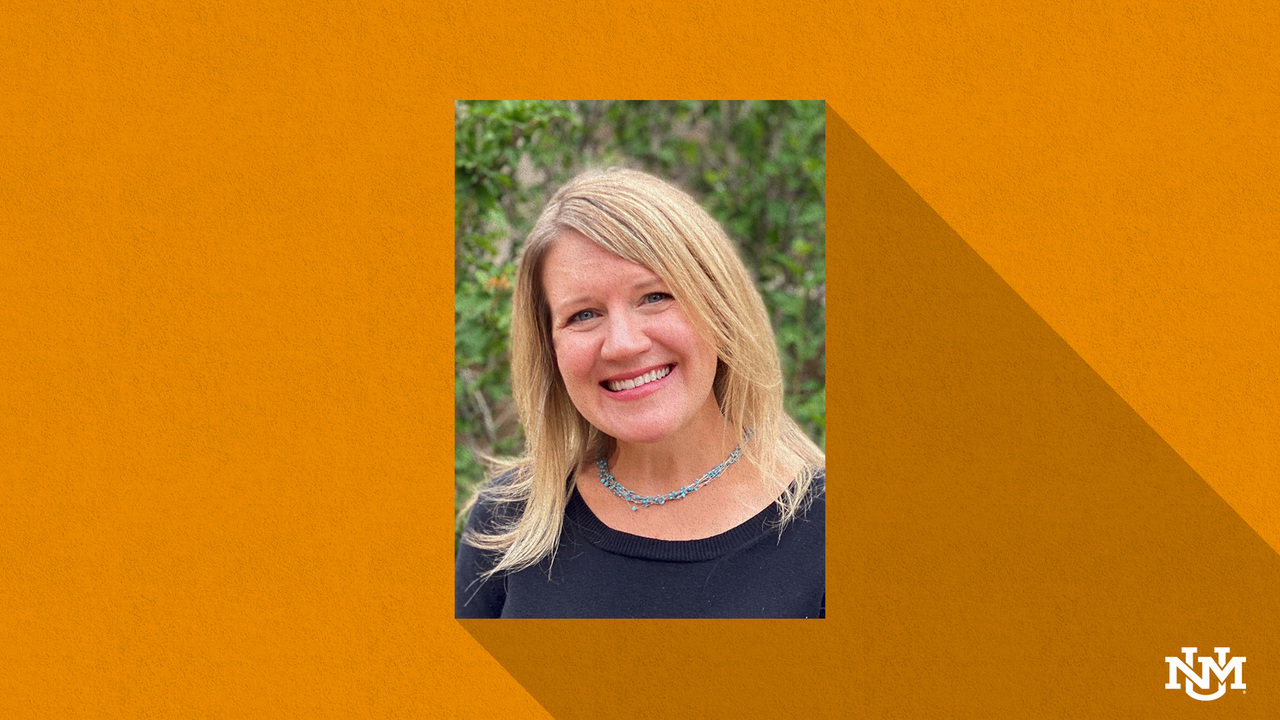 Katie Witkiewitz named director of UNM Center on Alcohol, Substance Use, and Addictions

After a nationwide search, Ellen R. Fisher, vice president for research at the University of New Mexico, has named Professor Katie Witkiewitz director of the Center on Alcohol, Substance Use, and Addictions (CASAA). Witkiewitz will take over as director from J. Scott Tonigan, who will retire effective June 30.  Tonigan has served as CASAA interim director and director since 2017 and has been affiliated with CASAA since its inception in the late 1980s, working with CASAA founder and UNM faculty emeritus William Miller.

“My dream is for CASAA to be an organization with a culture of appreciation, openness to varied ways of research and different world views, and where every member of CASAA is committed to team science, community engaged work, and shared vision." - Katie Witkiewitz, UNM professor

“We are very excited to welcome Dr. Witkiewitz as the new CASAA director, an important role at UNM and for New Mexico,” Fisher said. “She brings a tremendous track record for funding, publications, and mentoring, and I look forward to working with her and the CASAA staff and researchers to advance one of UNM’s hallmark centers to the next level. I truly appreciate all of the time, energy, and dedication that the search committee members from main campus and the Health Sciences Center put into making the search for this important position a success.”

“My lived experience as a first-generation college student, who experienced significant socioeconomic and rural disadvantage throughout my childhood, has also shaped my commitment to helping the people of New Mexico and my drive to help mentees from historically disadvantaged communities to succeed and thrive,” she said.

Witkiewitz has published six books, more than 265 peer-reviewed publications, and 25 book chapters. Her research and scholarly works have been cited more than17,000 times, and she has given more than 70 invited talks at national and international meetings. Additionally, Witkiewitz has provided professional trainings across the United States, and in Canada, Brazil, and Australia.

Since beginning her UNM career in 2012, Witkiewitz has submitted more than 80 grant applications to the National Institutes of Health as principal investigator, co-investigator, or consultant, with 11 applications submitted as principal investigator. Of these submissions, 45 grants have been funded and nine of the 11 grants she has submitted at UNM as principal investigator have been funded. Witkiewitz recently co-led a team with Matthew Pearson, a research associate professor at CASAA, UNM investigators at CASAA and the Health Science Center, successfully receiving the UNM IMPOWR National Institutes of Health Center grant that focuses on treating opioid use disorder and chronic pain. The UNM IMPOWR Center will provide more than $10 million in total costs to CASAA over the next five years.

Witkiewitz said she is focused on the future of CASAA which has hired several promising, early career investigators and postdoctoral fellows in recent years.

“We have worked to recruit several new investigators to CASAA, and I want them to have everything they need for the opportunity to succeed as the next generation of phenomenal CASAA investigators who make major contributions to the field of addiction,” Witkiewitz said. “Moreover, I have personally achieved everything I could have ever hoped to accomplish as an individual scientist. I see the next phase of my career as ‘lifting while climbing’ and doing everything I can to support the amazing group of scientists we have recruited to CASAA in recent years, as well as to support those who will be recruited in the future via the T32 Training Grant and the UNM IMPOWR Center.”

“Katie and CASAA will play an important role in continuing to study the devastation of the opioid overdose epidemic in New Mexico and nationally." - Ellen R. Fisher, UNM vice president for research

Before being named director, Witkiewitz has been serving as the training director of a National Institutes of Health T32 Training Grant and served as the primary or secondary mentor for six postdoctoral fellows and six predoctoral fellows. Four of the postdoctoral fellows and four of the predoctoral fellows she has mentored on this project have received National Institutes of Health-funded career development and training awards. Witkiewitz currently leads the Substance Use Disorder Grand Challenge Student Scholars program, which provides funding for UNM graduate students from several disciplines focused on studying substance use disorder and issues of health equity in New Mexico.

“It is a very exciting and important time to be a researcher in the addictions field and to be a scientist at CASAA, and in New Mexico. I believe Katie has a unique opportunity to situate CASAA to be highly successful in maintaining its status as a leading center in addiction research with increased funding for substance use disorders.” Fisher said. “Katie and CASAA will play an important role in continuing to study the devastation of the opioid overdose epidemic in New Mexico and nationally, as well as the impacts of the recent legalization of recreational cannabis in New Mexico.”

Witkiewitz said she agrees but will not be satisfied with simply maintaining CASAA’s status as a leader in addiction research, and has her eyes set on “leveling-up” CASAA.

“My dream is for CASAA to be an organization with a culture of appreciation, openness to varied ways of research and different world views, and where every member of CASAA is committed to team science, community engaged work, and shared vision. My long-term goal is for CASAA to be a resource for all New Mexicans, to be strongly embedded within the communities that we serve, and to be an international leader in harm reduction research and education,” she said. “My short-term goals are for CASAA to be successful in renewing our T32 Training Grant and UNM IMPOWR Center Grant, and to apply for a larger National Institutes of Health Center Grant within the next two years. Dr. Matthew Pearson and I are also currently planning several grant applications for CASAA to serve as a resource for recovery support organizations in our community and to serve as a coordinating center for other National Institutes of Health funded research on harm reduction approaches to substance use disorder.”