By University Communication & Marketing May 21, 2013
Categories: Athletics Inside UNM
As news reports and updates came out of central Oklahoma on Monday night following the deadly May 20 tornado that struck Moore, Okla., and surrounding areas of Oklahoma City, University of New Mexico head softball coach Erica Beach felt compelled to do something.

"Part of being a Lobo is being willing to help others, whether it's in your own community or somewhere else that needs help," Beach said. "For us, it's about doing the right thing and using the resources we have available to help a community that is desperately in need."

In a matter of hours, she was in touch with other members of Lobo athletics staff and former student-athletes formulating a plan to help.

Beach and assistant Lobo softball coach Lyndsey Angus, along with the entire Lobo Athletic Department, are collecting items Wednesday, May 22-Thursday, May 30. Beach and former Lobo football player, Derek Watson, will haul all donated items to Oklahoma City next Friday, May 31.

Lobo Field is south of The Pit and can be accessed by turning west onto Sunshine Terrace SE off University Boulevard.

The news of Monday's tornado prompted Watson to check in with his former teammates and friends.

"I heard from both Jon and Kyle," Watson said. "Both of their families are okay. Kyle jumped right in with rescue efforts, helping at both of the elementary schools -- Briarwood and Plaza Towers. He will be our point of contact as far as the needs of victims in the area and then, once we get there next week, he'll help direct us to shelters and relief distribution centers."

Coulter lives in Forest Park, Okla., about 14 miles northeast of Moore. He is a volunteer firefighter with the Forest Park Fire Department and arrived to the affected area within a couple of hours of the tornado hitting.

Coulter says people are picking up what they can find - some only a small bag full of clothes or other items - and then walking to find shelter either set up by relief organizations, or with friends or family in the area. He said nobody in the area had power or water as of Tuesday morning, but people were getting access to water and food that was brought in.

"When we arrived Monday night there were already people coming in from all over the state, other emergency response teams, bringing water and supplies and coming ready to help," Coulter said. "The local Home Depot stayed open all night and gave us whatever we needed as first responders...from chain saws and gloves and eye protection to anything else, just right off the shelves."

The list of needs for the area is as basic as bottled/sealed water and food, to diapers, wipes, baby formula, toiletries and "family stuff," meaning toys, blankets, pillows, dog and cat food, etc.

"There was a water treatment plant that was affected, so water is going to be scarce and we're going to make a huge push to bring as much water as possible when we travel out there next week," Beach said. "We're accepting donations of clothing and toiletries as well as blankets, toys and games and really anything. There are people that have lost probably everything in this storm and we have to try to help them put some of the pieces back together.

"We need help from the entire Lobo community on this and if we all do a little part then it's going to make a huge difference."

The Associated Press reported on Monday evening that the Draper Water Treatment Plant in Oklahoma City was knocked offline as a result of the storm. Residents and businesses in southeast Oklahoma City were encouraged to stop using water until further notice. 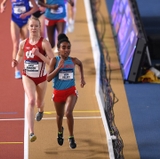 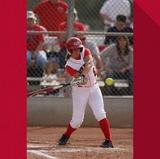 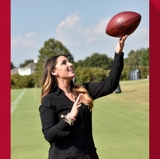