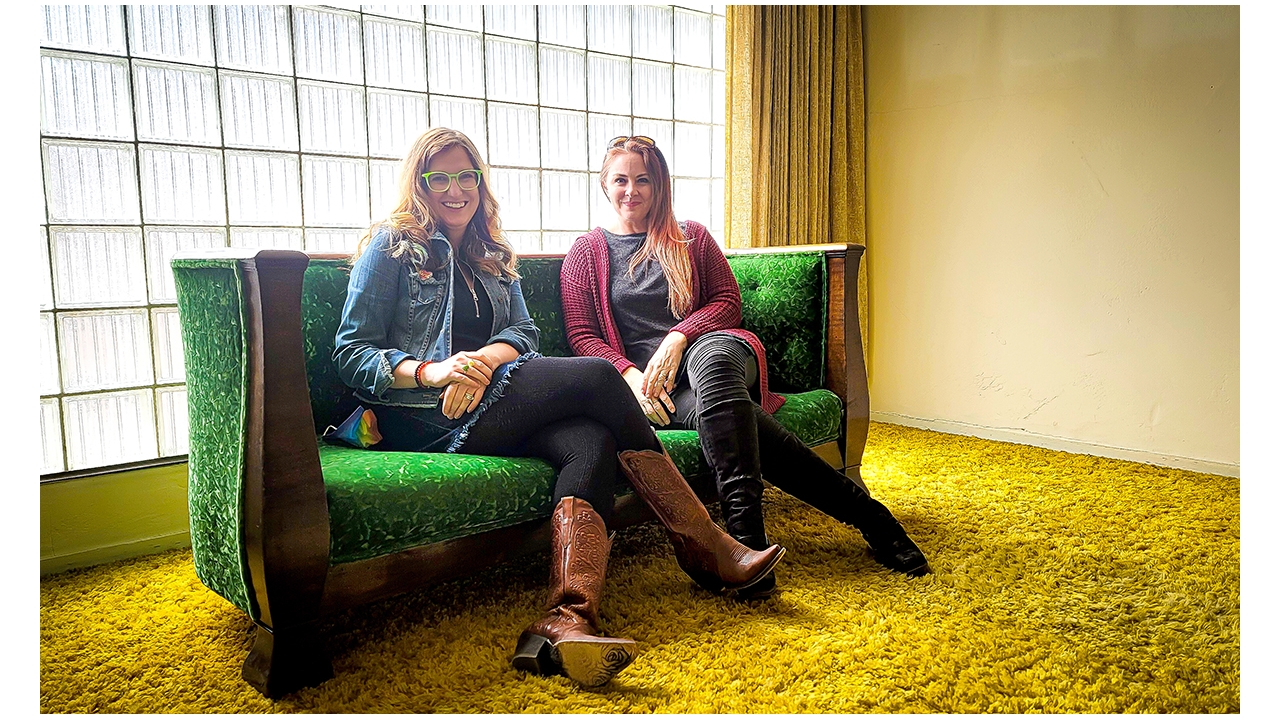 Two alums have reconnected over their love of art nearly six years later after studying English as graduate students and forming a friendship while at The University of New Mexico. Now, they’re collaborating with more than a dozen different artists across the state to commemorate a renowned art installation from 1972 for its 50th anniversary.

“The goal of this project will be to continue this historic dialogue started by Judy Chicago 50 years ago, and address the primary issues of our time, which is still rife with misogyny, racial bias, attacks on women’s and trans rights, and political turmoil.”  - Megan Malcom-Morgan, UNM alumna

Megan Malcom-Morgan and Ana June, plus a steering committee of dedicated Belen locals including the former mayor and the current mayor pro tem, will be tasked with reinvigorating Womanhouse, the first openly feminist art installation that opened in Los Angeles. The art installation was part of the first feminist art program originally established by Judy Chicago at California State University, Fresno. The 2022 reimagining will be called Wo/Manhouse 2022, a tribute to the original artists, whose work is still celebrated 50 years later.

“As a result of the changing definitions of gender, recognizing that men also live in domestic spaces, as well as LGBTQ+ households, Wo/Manhouse 2022 will feature New Mexico artists across the gender spectrum,” June said.

Wo/Manhouse 2022 will be facilitated by one of the artists who participated in the original Womanhouse, Nancy Youdelman, and guided by Judy Chicago. All the art will be installed in a midcentury home in Belen.

Malcom-Morgan and June say artists should submit proposals for installations that will occupy a space, and use the house as a canvas of the past to reimagine the space with contemporary issues related to domestic life at home.

“’The home,' which can be a place of comfort, can also represent conflict with power dynamics, abuse, isolation, household chores, parenting issues, as well as cultural and socioeconomic constraints. The purpose of the project is to be a participatory and immersive art experience,” Malcom-Morgan said.

The idea started with Malcom-Morgan, executive director at Through the Flower Art Space, a non-profit educational and arts organization that was also co-founded by Judy Chicago. She then organized a group of friends and colleagues to help coordinate the project including June, an assistant professor of English at UNM-Valencia campus.

“New Mexico has so many talented artists, and we want to provide an opportunity for our community to participate in such an important and historic project,” June said.

All mediums will be considered; the deadline to apply is Friday, March 18. The exhibition will be open to the public from June 18 – Sept. 25.

“The goal of this project will be to continue this historic dialogue started by Judy Chicago 50 years ago, and address the primary issues of our time, which is still rife with misogyny, racial bias, attacks on women’s and trans rights, and political turmoil,” Malcom-Morgan said

Located in Belen, Through the Flower Art Space, will also display a historic exhibition that will complement the Wo/Manhouse 2022 installation.