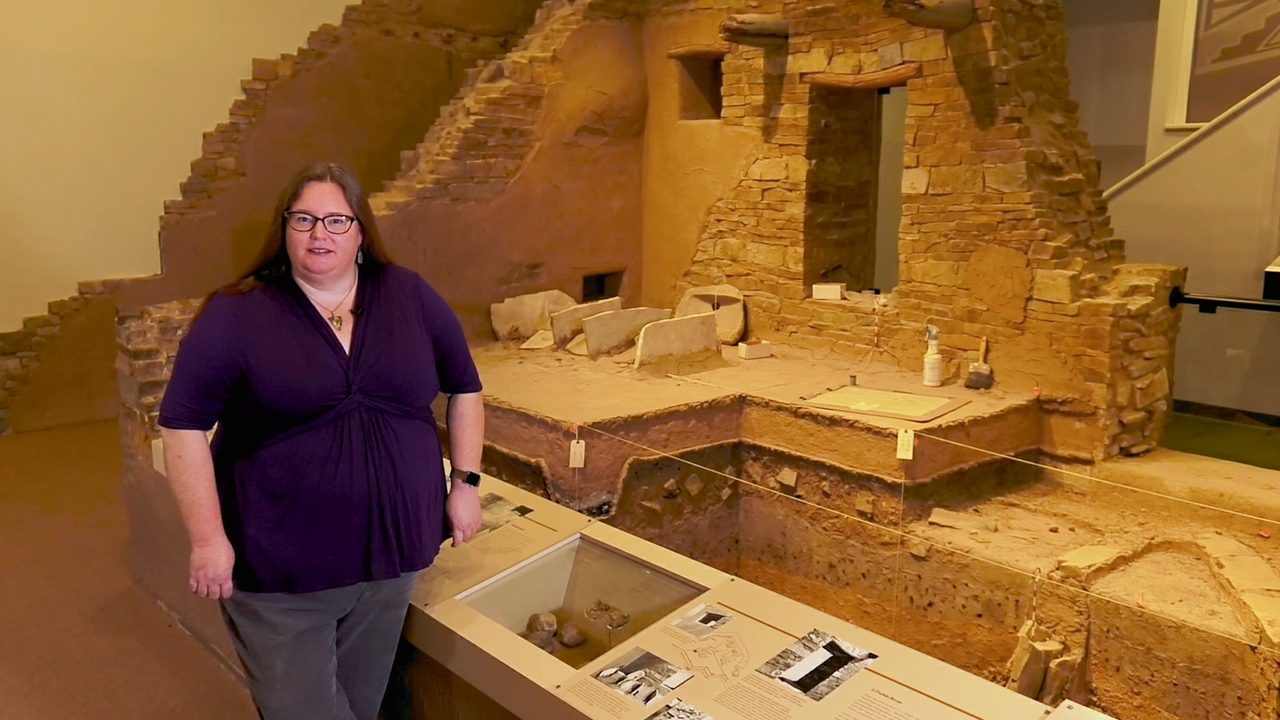 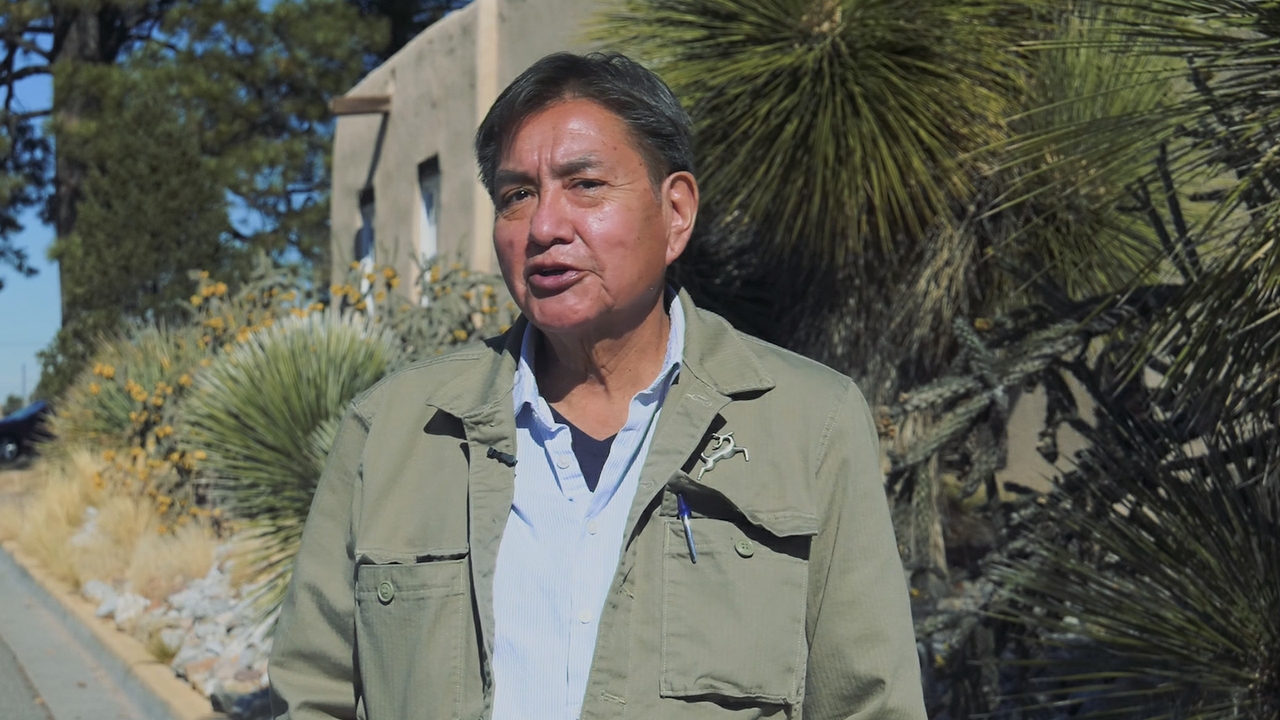 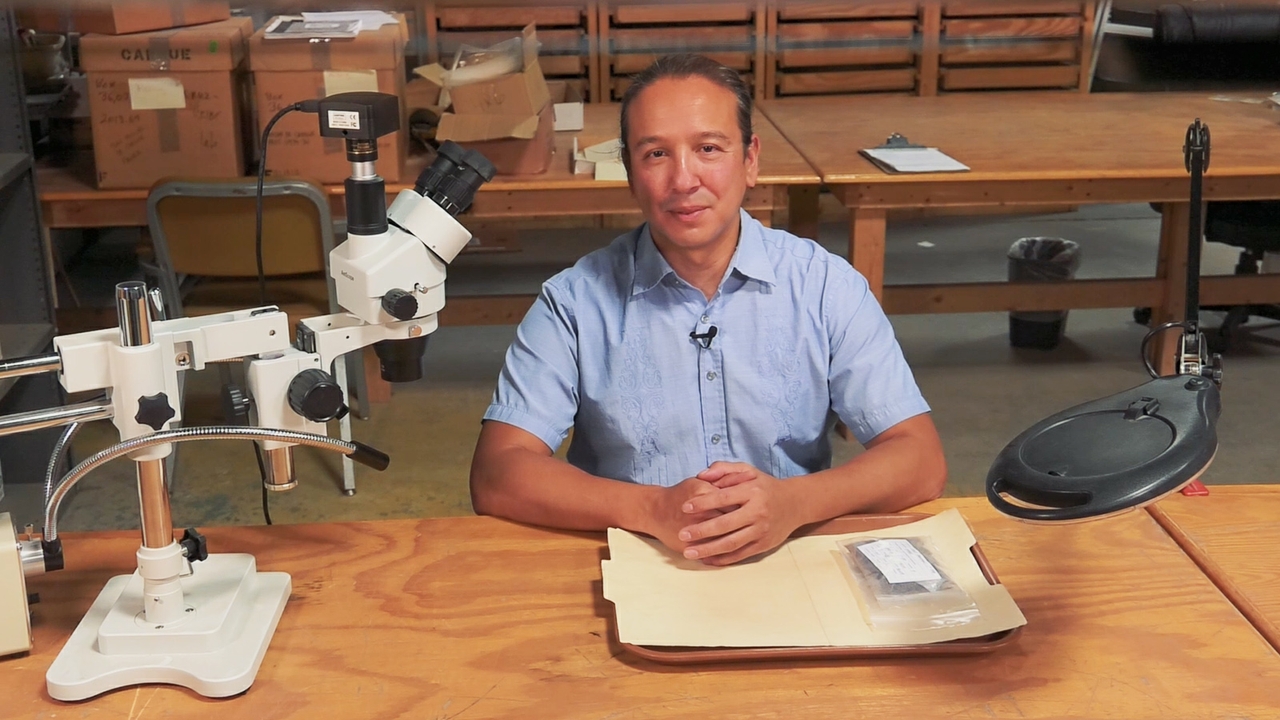 In the Maxwell lab

When the Maxwell Museum of Anthropology at The University of New Mexico had to shut down last year because of the pandemic, the staff decided to take the museum and its vast collection to its audience online. In a recently released video, the Maxwell staff explores the 12,000-year history of the people of the Southwest through the rich legacy of traditional knowledge and its extensive collection of artifacts.

“Studying the past makes it possible for us to understand the human story across time.”

Schleher defines archaeology and archaeologists, noting that archaeology is the study of remains from people of the past, their activities and material goods, as well as the patterns these remains reveal to us about their daily lives and society. Archaeologists are scientists who study artifacts and use them as evidence to understand past cultures. She also outlines how archaeologists find ancient sites and the methods they use to excavate them.

After a site is located, archaeologists dig through the layers formed as the people constructed their communities, building features such as walls, floors, and hearths. Each level of occupation through the years leaves distinctive levels of features and artifacts. In the recreation of the Chaco settlement display in the museum, Schleher points out the imprints of an ancient basket left in the soft mud floor.

“Studying the past makes it possible for us to understand the human story across time,” Schleher observes. She takes visitors through the museum, explaining the displays and artifacts, evidence of the timeline of habitation of the southwest, from the migratory hunter-gatherers to the more permanent populations in pueblos such as Chaco Canyon and cliff dwelling like Mesa Verde. For unknown reasons, the people left those settlements and eventually ended up in the lands where they live today.

Schleher also discusses the changes as local societies eventually meet up with other groups outside the southwest to establish trade and the significant upheaval when the European colonists arrived, bringing horses, livestock, a new language and religion, disease, and conflict. A pictograph mural in the museum documents the slaughter of men, women, children, and elders, possibly in 1805 in Canyon de Chelly.

Cordero takes visitors behind the scenes into archaeology laboratories where artifacts are taken to analyze and record. He explains the methods used to find out what materials were used, who used them and for what purpose, how they were made and who made them, how old they are, and what did it mean then and now. He uses microscopic analysis, chemical analysis, and a process called dendrochronology that examines tree rings found in wood used in the construction of buildings and other structures.

“We stayed there and live there and will be buried there as well,” Simplicio concludes.

“The Maxwell Museum education department is pleased to be able to share this exhibition with everyone while we are closed. I hope teachers and other educators take advantage of this virtual field trip,” said curator of education Amy Grochowski. “Many thanks to all who participated in making this film, explaining well how we can understand the past through oral history and by studying material culture.”

She also thanked the Frank C. Hibben Trust for supporting the creation of the video tour and videographer Bazz McLain, who also filmed the first video, Ancestors.

Virtual visitors can also sign up for a weekly email presenting special features every week to highlight treasures in the collection, educational resources perfect for at-home learning, research highlights, moments in Maxwell history, and a chance to ask the Maxwell staff a question about themselves, the museum, or the collection.