Preceding the concert, at 2:15 p.m., guest curator and UNM Professor Emeritus of Spanish/Portuguese Enrique Lamadrid shares his deep knowledge of the state's rich musical traditions in global context in a pre-concert talk.

Also at 2:15 p.m., Sylvia Ernestina Vergara, an academic colleague at the UNM John David Robb Music Trust, will present a pre-concert demonstration of Spanish-Colonial dances that have been popular in New Mexico for centuries. She will encourage public participation.

The lineup for this year's concert includes: 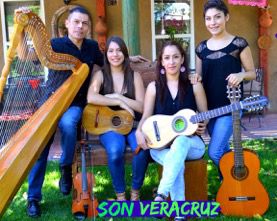 The John Donald Robb Musical Trust was established at the University of New Mexico (UNM) in 1989 by John D. and Harriet Robb. Robb served as dean of the UNM College of Fine Arts from 1942 to 1957. He collected traditional songs and dances from the Southwest, Nepal and South America.

His collections can be accessed at the Center for Southwest Research and Special Collections at University Libraries and Learning Sciences.