This week on New Mexico in Focus, a closer look at Albuquerque’s plan for a public campaign finance voucher system, termed “Democracy Dollars.” Advocates say it’s a way to counteract the influence of money from a few wealthy donors who finance candidates for city elections. Detractors say it’s a misguided effort that would be applied too broadly and unfairly favor organizing committees who would snap up vouchers and give them to candidates.

Gene Grant and The Line opinion panel debate New Mexico Public Education Department’s choice of the SAT test to replace the PARCC test as the standardized test benchmark for juniors in the state’s public high schools. The Line also examines the recent decision by faculty of the University of New Mexico to unionize and a resurgence of organized labor in the news. Last on the Line’s agenda of topics is a look at New Mexico’s House and Senate primary races.

NMiF also previews its upcoming interview with MALDEF President Thomas Saenz. Acting as general counsel for the group, Saenz has been deeply involved in the Yazzie/Martinez v. State of New Mexico lawsuit. In an excerpt of his interview with correspondent Russell Contreras, Saenz examines President Trump’s effort to woo Hispanic voters during his recent visit to New Mexico and in the 2020 election. 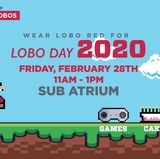