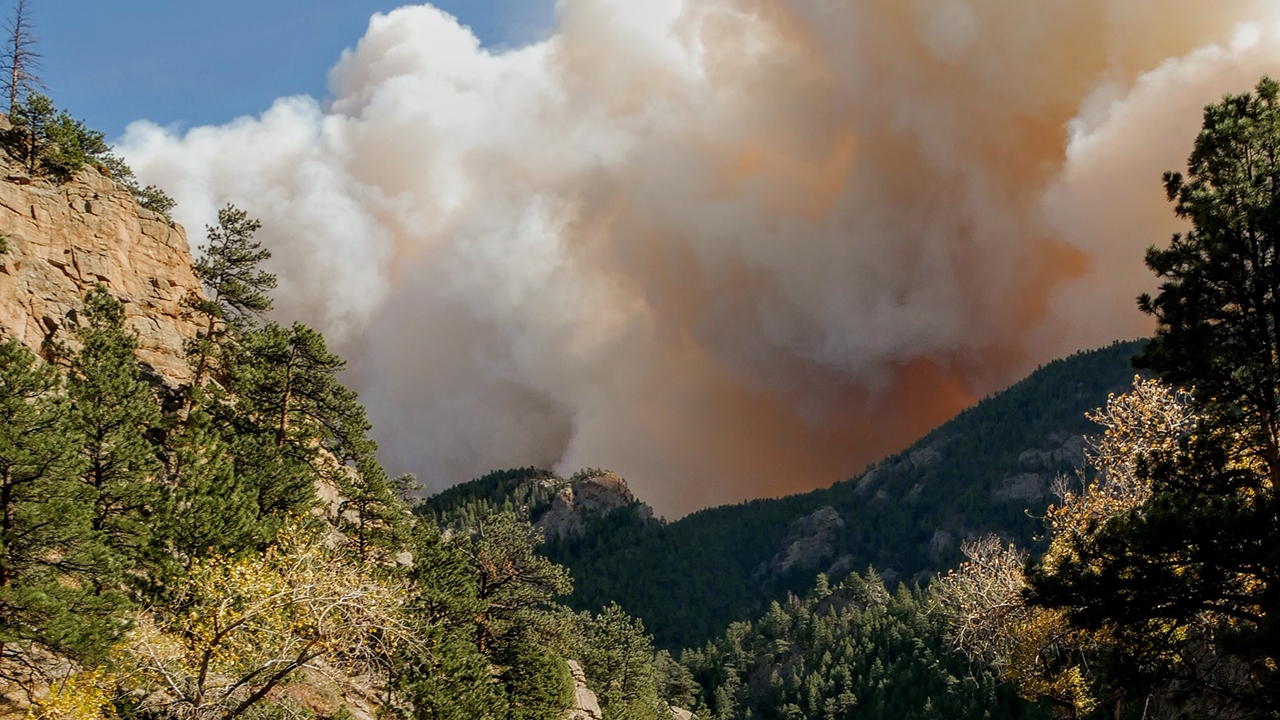 wildfire mitigation include thinning of dense forests in fire-excluded areas, prescribed burning, reducing fuels on the ground, and allowing some wildfires to burn in backcountry settings under favorable fuel and weather conditions. 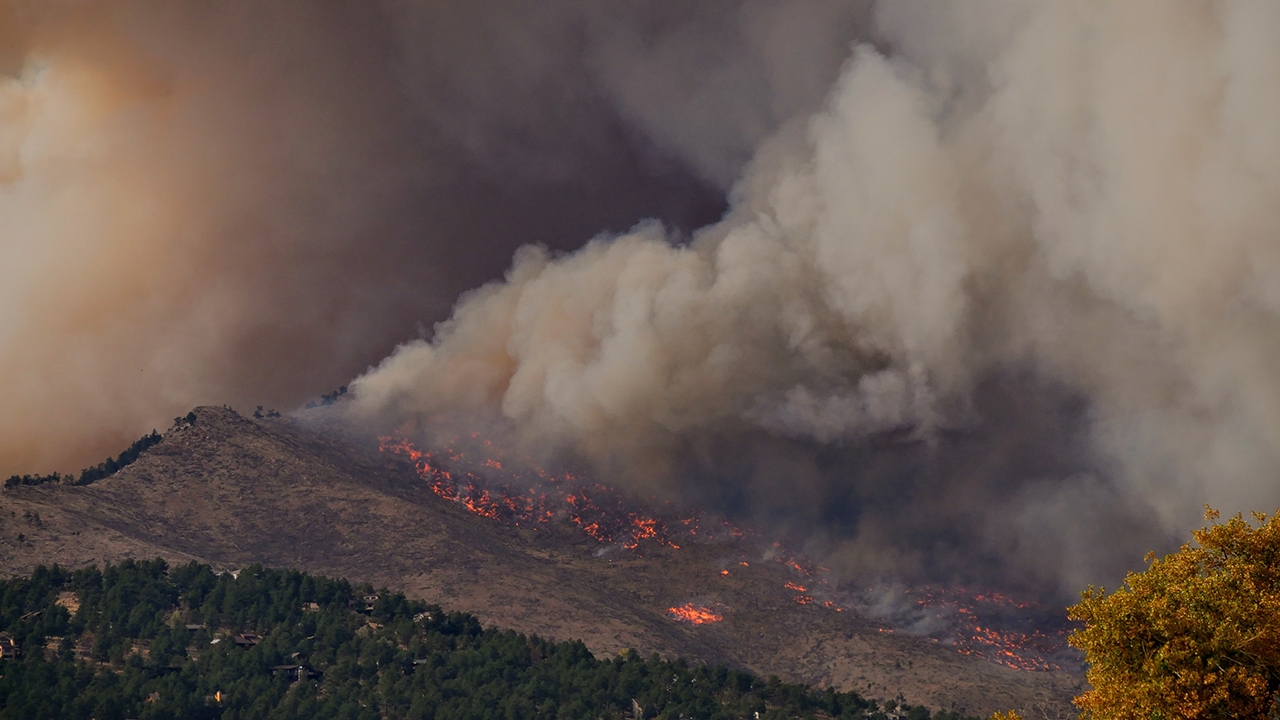 dry weather this summer has fueled dozens of wildfires across the western U.S. and is threatening to register another record-breaking year.

Exceptionally hot and dry weather this summer has fueled dozens of wildfires across the western U.S., spewing smoke across the country and threatening to register yet another record-breaking year. More than a century of fire exclusion has created dense forests packed with excess trees and brush that ignite and spread fires quickly under increasingly warm and dry conditions.

Scientists largely agree that reducing these fuels is needed to make our forests and surrounding communities more resilient to wildfires and climate change. But policy and action have not kept pace with the problem and suppressing fires is still the norm, even as mega-fires become more common and destructive.

Seeing the urgent need for change, a team of scientists from leading research universities, conservation organizations and government laboratories across the West has produced a synthesis of the scientific literature that clearly lays out the established science and strength of evidence on climate change, wildfire and forest management for seasonally dry forests. The goal is to give land managers and others across the West access to a unified resource that summarizes the best available science so they can make decisions about how to manage their landscapes.

“Based on our extensive review of the literature and the weight of the evidence, the science of adaptive management is strong and justifies a range of time- and research-tested approaches to adapt forests to climate change and wildfires,” said co-lead author Susan Prichard, a research scientist in the University of Washington’s School of Environmental and Forest Sciences. 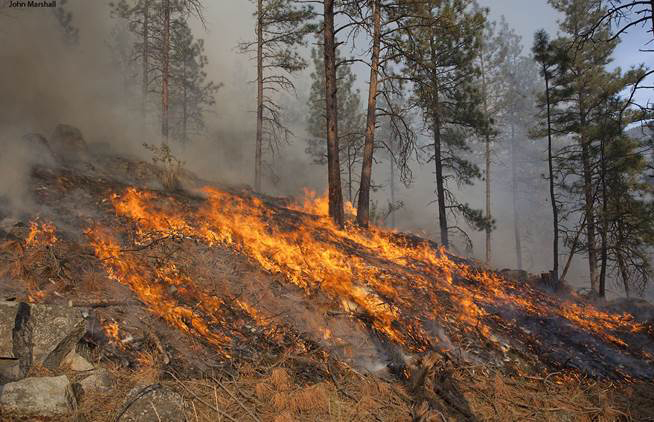 These approaches include some thinning of dense forests in fire-excluded areas, prescribed burning, reducing fuels on the ground, allowing some wildfires to burn in backcountry settings under favorable fuel and weather conditions, and revitalizing Indigenous fire stewardship practices. The findings were published recently as an invited three-paper feature in the journal Ecological Applications.

The authors, including The University of New Mexico’s Matt Hurteau, a professor in the Department of Biology, studied and reviewed over 1,000 published papers to synthesize more than a century of research and observations across a wide geographic range of western North American forests. The analysis didn’t include rainforests in the Pacific Northwest or other wet forests where thinning and prescribed burning wouldn’t be advised.

“In New Mexico, we have the Rio Grande Water Fund, which is designed to protect our forested watersheds that provide water to our cities and agriculture for our farmers,” said Hurteau. “We have forest thinning and prescribed burning to decrease the chance that we have a big fire in the Carson, Gila and Santa Fe National Forests and we have managed wildfire when they get a lightning strike that when the weather conditions are right, they’ll let it burn and manage it which is called resource benefit.

“For any given fire depending on the time of year it's burning and available resources, there's a good chance that they'll manage it for resource benefit. Our understanding of fire is increased enough that there's a lot more management of fire to allow it to burn under the right conditions rather than just going and putting it out.”

This ambitious set of articles was inspired by the reality that under current forest and wildfire management, massive wildfires and drought are now by far the dominant change agents of western North American forests. There is an urgent need to apply ecologically and scientifically credible approaches to forest and fire management at a pace and scale that matches the scope of the problem, the authors say.

“The substantial changes associated with more than a century of fire exclusion jeopardize forest diversity and keystone processes as well as numerous other social and ecological values including quantity and quality of water, stability of carbon stores, air quality, and culturally important resources and food security,” said co-lead author and UW researcher Keala Hagmann.

Part of the solution involves addressing ongoing confusion over how to rectify the effects of more than a century of fire exclusion as the climate continues to warm. Land managers and policymakers recognize that the number and size of severe fires are rapidly increasing with climate change, but agreement and funding to support climate and wildfire adaptation are lagging.

To that end, these papers review the strength of the science on the benefits of adapting fire-excluded forests to a rapidly warming climate. The authors address 10 common questions, including whether management is needed after a wildfire, or whether fuel treatments (thinning, prescribed burning) work under extreme fire weather. They also discuss the need to integrate western fire science with traditional ecological knowledge and Indigenous fire uses that managed western landscapes for thousands of years.

“The climate piece is really when the temperature goes up, the amount of water in the ecosystem goes down, and it's really the amount of water stored in the vegetation, both live and dead vegetation in the ecosystem that acts as a control on how much, how hot and how fast fires can burn,” said Hurteau. “So as the temperature goes up, there's a longer period of the year where there's less water in the system and the place can burn hot.”

Although climate change brings with it many uncertainties, the evidence supporting intentional forest adaptation is strong and broad-based. The authors clearly demonstrate that lingering uncertainties about the future should no longer paralyze actions that can be taken today to adapt forests and communities to a warming climate and more fire.

“This collection represents a blending of scientific voices across the entire disciplinary domain,” said co-lead author Paul Hessburg, a research ecologist with the U.S. Forest Service and affiliate professor at the UW. “After reviewing the evidence, it is clear that the changes to forest conditions and fire regimes across the West are significant. The opportunity ahead is to adapt forests to rapidly changing climatic and wildfire regimes using a wide range of available, time-tested management tools.”

“Basically, the take home message here is that we need to start spending a lot more money to introduce the right kind of fire to these ecosystems a lot faster than we've been doing,” added Hurteau.

This research was funded by the U.S. Fish and Wildlife Service, The Wilderness Society, The Nature Conservancy of Oregon, Conservation Northwest, The Ecological Restoration Institute, Washington State Department of Natural Resources, U.S. Forest Service (Pacific Northwest and Pacific Southwest Research Stations), and the California Department of Forestry and Fire Protection.