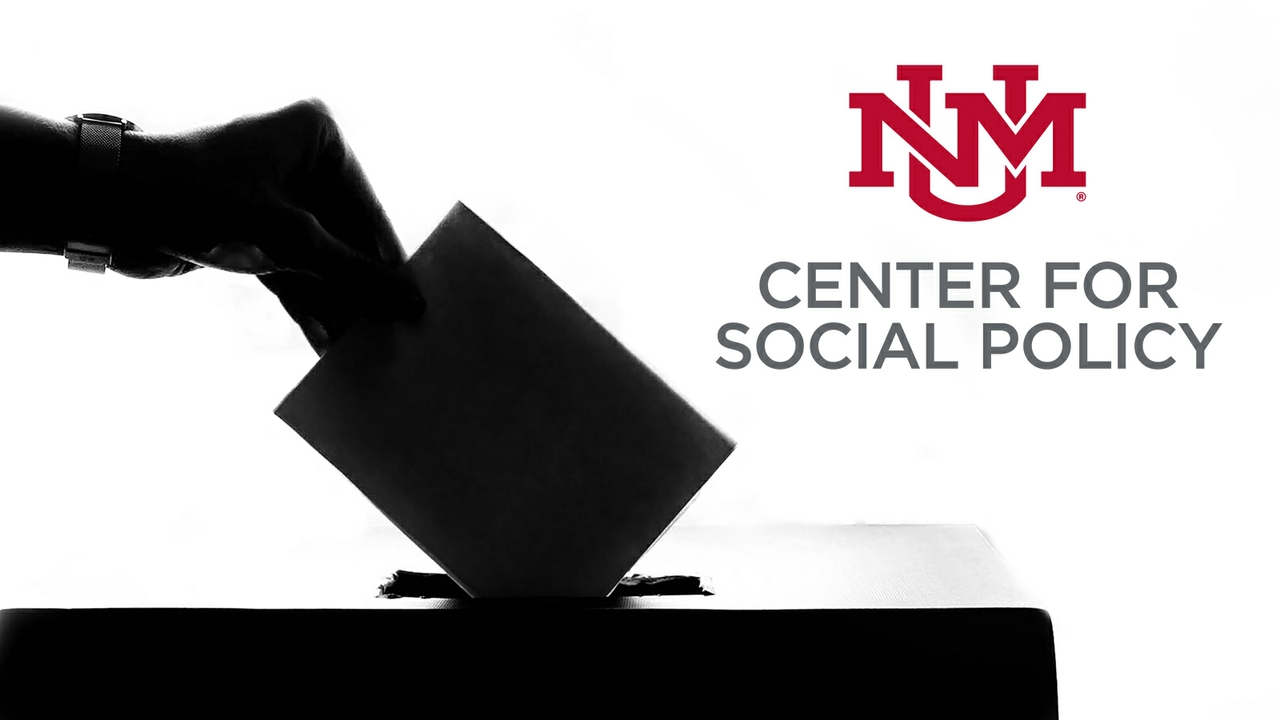 As the nation faces unprecedented changes do to the COVID-19 pandemic, several important political questions are being debated across the nation. At the top of this list is whether states should postpone their primary elections, continue elections through mail-in voting or some hybrid kind of system.

In light of those concerns, researchers with the UNM Political Science Department are assessing election security in vote-by-mail systems ahead of the November 2020 General Election, and providing recommendations on improvements necessary to fix New Mexico’s election procedures.

The topics are analyzed in two newly released studies from The University of New Mexico’s Center for Social Policy (CSP), along with the UCLA Voting Rights Project (VRP) and the Union of Concerned Scientists. Debunking the Myth of Voter Fraud in Mail Ballots addresses the lack of voter fraud in U.S. elections, especially in elections administered through vote-by-mail and was released earlier this year. New Mexico Vote-By-Mail: Matters of the Primary and State Election Law was released today, just in time for a special session of the New Mexico State Legislature, during which the topic of election procedures might be discussed.

New Mexico Vote-By-Mail: Matters of the Primary and State Election

New Mexico Vote-By-Mail: Matters of the Primary and State Election Laws analyzes the 2020 primary, the process of voting by mail in New Mexico and presents policy solutions to ensure that voters are provided equitable access to the ballot box.

The report found that despite recorded turnout during the 2020 primary election, deficiencies in New Mexico’s elections laws led the disenfranchisement of voters in the state. These issues include many New Mexicans not receiving their absentee ballot after submitting a request, many voters not clear on the due date to submit their ballot, and several counties not having their results confirmed until days (weeks in the case of Dona Ana County).

Most importantly, due to travel restrictions on Tribal lands and issues associated with access to absentee voting, New Mexico’s current election laws proved inadequate to prevent Native American voters from being disproportionately disenfranchised during the COVID-19 crises. If not fixed, these issues will pose immense concern for the 2020 General Election.

“We hope that the state legislature is able to address the limitations in New Mexico’s election laws prior to the November election when we will likely see record turnout,” said Gabriel Sanchez, researcher and director of UNM’s Center for Social Policy. “Our state’s Native American population has been hit the hardest of any racial group in New Mexico by COVID-19. We should do all that is possible to ensure that there are no additional hurdles for these communities to be able to cast their ballot in November like those they faced in the Primary.”

The report is part of ongoing advocacy by the UCLA Voting Rights Project, an effort led by the UCLA Latino Policy and Politics Initiative. The Project is pushing for the implementation of universal vote-by-mail for the November general election during the COVID-19 pandemic.

The UCLA Voting Rights Project, alongside The University of New Mexico Center for Social Policy and the Union of Concerned Scientists, released an analysis on H.R.1 on April 9 that advocated for improvements to H.R. 1, the first bill proposed by the 116th Congress that, although expands access to the voting franchise, falls short in providing equitable access to vote-by-mail.

Debunking the Myth of Voter Fraud in Mail Ballots

Debunking the Myth of Voter Fraud in Mail Ballots summarizes the social science research published by academics and government officials demonstrating the infrequency of voter fraud, despite concern expressed by political officials. Republican officials, including President Trump, have stated “these (absentee ballots) are different from Mail-In Voting, which is “RIPE for FRAUD,” and shouldn’t be allowed!” and that moving to universal vote-by-mail would be “the end of our republic as we know it.” The report finds that assertions regarding mass voter fraud are verifiably false, and that concerns about mail-in ballot abuse are significantly disproportionate to its frequency.

“Mail ballots will provide critical access to elections this fall that many voters might not otherwise have,” Sanchez said. “Every year millions of mail in ballots are processed and validated through significant safeguards. Our research shows there is no pattern of fraud with mail in voting, and furthermore showcases the fear being sown by misinformation. We hope that with this report, people can educate themselves using verifiable facts.”

Among the report’s findings are evidence that demonstrates the infrequency of voter fraud nationwide, including in states which embrace vote-by-mail. For instance, researchers found only thirty-one credible incidents of voter impersonation in an investigation of over one billion votes casts. In Oregon, which holds all-mail elections, fraudulent ballots represented only 0.0005% of ballots cast in the 2016 presidential election.

This report comes at a time when national and state officials have been pushing for universal vote-by-mail for the November 2020 General Election in response to growing uncertainty about COVID-19’s impact on poll access. Additionally, this paper is among several others published by the UCLA VRP in the last month addressing voting rights and the pandemic.

To learn more about the work of UNM’s Center for Social Policy please visit: http://csp.unm.edu/.