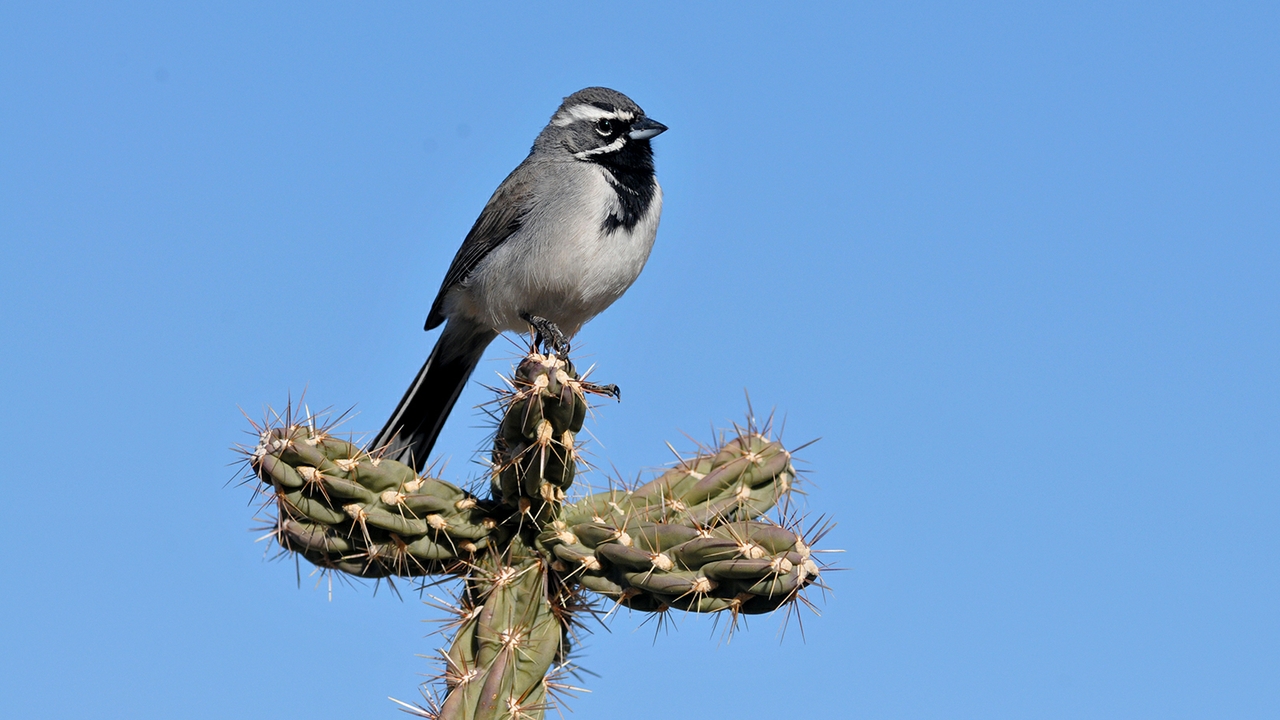 Professor Blair Wolf and Ph.D. student Ric Ramirez from the Department of Biology at The University of New Mexico and colleagues published a paper in Science this week about their research that shows bird populations and species richness in the Mojave Desert are suffering from climate change, while small mammal populations are showing no appreciable change. 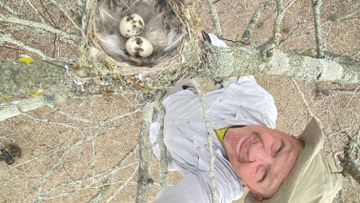 Professor Blair Wolf in the field

Wolf was part of a collaborative with partners at University of California, Berkeley and the San Diego Natural History Museum. He was also a Principal Investigator on the National Science Foundation award to UNM. He was one of the designers of the research project and his research focuses on water and energy balance in desert animals and how heat stress affects behavior, activity, and performance.

The research shows that differing animal groups, and even individual species, respond differently to changes in climate even at a single site, Wolf explained. The work is based on resurvey data where a crew went to sites in the Mojave Desert that were originally surveyed by Joseph Grinnell and associates in the 1900s.

The difference between how the small desert mammal species responded in contrast to the desert bird species was striking and significant.

“Our team resurveyed these sites  ̶  90 for mammals and 61 for birds  ̶  and found no change in the species richness or occupancy of small mammals, but for birds, in contrast, occupancy and species richness declined markedly across 39 sites. Overall, when we revisit a site that Grinnell surveyed we find about half of the bird species that he would have observed and no change in the number of mammal species,” Wolf said.

Ramirez and other students in Wolf’s lab collected data on the physiological performance of mammals and birds in the heat that we use to check the heat flux models for accuracy.

“Modelling efforts by lead author Dr. Eric Riddell for how heat exposure affects the energy and water requirements for birds and mammals shows that because small mammals retreat to cool, shaded microhabitats during the heat of the day, such as burrows, for example, and are nocturnally active, that this behavior provides a buffer from the heat that reduces the need to cool by evaporating large quantities of water, which is in short supply in deserts,” Wolf noted. “In contrast, birds are diurnal [active during the day] and confront the heat of the day and high solar heat loads directly because they don't use burrows as refuge from the heat. The bird declines are likely a consequence of these differences in behavior. Overall, in future climates the water requirements for birds are projected to increase three- to four-fold in birds and only modestly for small mammals in the Mojave Desert.”

Identifying the factors that make species vulnerable to climate change is a key to conserving biodiversity, Wolf said, adding that deserts are places where warming and drying is progressing rapidly and animals there are often pushed to their physiological limits.

The Mojave Desert is a place where animal behavior and activity are sharply constrained by the climate. The research shows that individual exposure to challenging conditions varies among animal groups with birds experiencing microclimates where their cooling costs are much greater than those experienced by small mammals. This provides insight into the continued trajectory of mammal and bird populations with the physiological challenges of birds continuing to increase greatly and mammals seemingly buffered from the changes due to their ability to escape the heat in burrows underground and their nocturnal lifestyle.

A decline in the bird species population doesn’t bode ill just for the birds.

“This research draws attention to where our conservation concerns need to be directed currently  ̶  toward birds. Because birds provide a variety of ecosystem services such as being seed dispersers, pollinators, and insect predators, we need to consider how bird declines affect overall ecosystem health,” Wolf pointed out.

Preventing the collapse of these bird species is “not likely in the near term” unless carbon dioxide emissions are sharply reduced, Wolf warned.

“Hopefully conservation managers can use these data and models to inform their efforts. Our approach, using the modelling of physiological requirements to climate change and linking this to changes in populations, provides a nice model for future research and shows the importance of understanding how animals work and how environments challenge them,” he summarized.