NMiF discusses slavery in the Southwest with UNM scholars

This week on New Mexico in Focus, correspondent Megan Kamerick talks with two scholars at The University of New Mexico about a delicate subject – slavery. Slavery was common in the Southwest, especially in our state. Native Americans were captured and sold to Hispanic families, a practice that continued up to and beyond the Civil War. They were called genízaros. Scholars Enrique Lamadrid and Moises Gonzales, editors and contributing authors of “Nación Genízara”, explain history’s impact on New Mexico’s identity.

Correspondent Antonia Gonzales sits down with Native women’s advocates Cheyenne Antonio and Christina Castro to talk about the MMIW – Missing and Murdered Indigenous Women and Girls – movement. The Urban Indian Health Institute pointed out in 2018 that New Mexico has the highest number of cases in the country.  In June, a report by UNM’s Native American Budget and Policy Institute sought to better understand the issues here and gave advocates a way to keep the MMIW crisis in the news.

Gene Grant and the Line opinion panelists discuss the surprising firing of Public Education Secretary Karen Trujillo after only six months on the job.  The group also debates the public’s right to know the details of the wrongful death lawsuit over the 2013 killing of 9-year-old Omaree Varela. The Line’s final topic concerns a lending program for municipal employees that provides a high-interest alternative to even higher-interest payday loans. 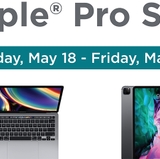