This week on New Mexico in Focus, The Line opinion panel breaks down the latest campaign finance numbers in the governor’s race. While the general election is still a year away, the most recent reporting period sheds new light on the Republican primary field. The group also explores the problem of a burned-out, stressed-out health care workforce.

Getting outside has been a great way for many New Mexicans to cope with the pandemic. But for people without cars, it’s sometimes next to impossible to reach most hiking trails, even state parks or national parks here in the state. For young men of color, there are even more challenges. Our Land returns to take a trip with Together for Brothers, which works on issues like transit equity and raising young men of color to lead in their own communities—including to lead their friends and family members out to the trails.

With the IATSE strike deadline of Monday threatening to shut down film and television production, Gene Grant speaks with a senior media reporter from Variety and with local union members to find out what’s at stake and what workers are demanding from producers and studios.

NMiF crews were at Indigenous Peoples’ Day protests and celebrations and bring a glimpse of the day to this week’s show.

And NMiF senior producer Matt Grubs talks about New Mexico’s pretrial detention conundrum with the director of the Administrative Office of the Courts, Artie Pepin. The office recently asked UNM social researchers to evaluate its effectiveness at keeping the right people free until trial, an innocence-before-guilt approach reinforced with a voter-approved 2016 change to the state constitution. Prosecutors and police say New Mexicans are safer with more people locked up as they await a decision on their innocence, but Pepin says the study suggests otherwise.

Our Land: Together for Brothers
Correspondent
Laura Paskus 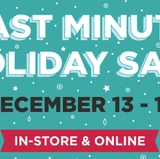 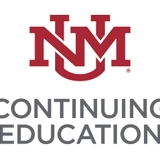