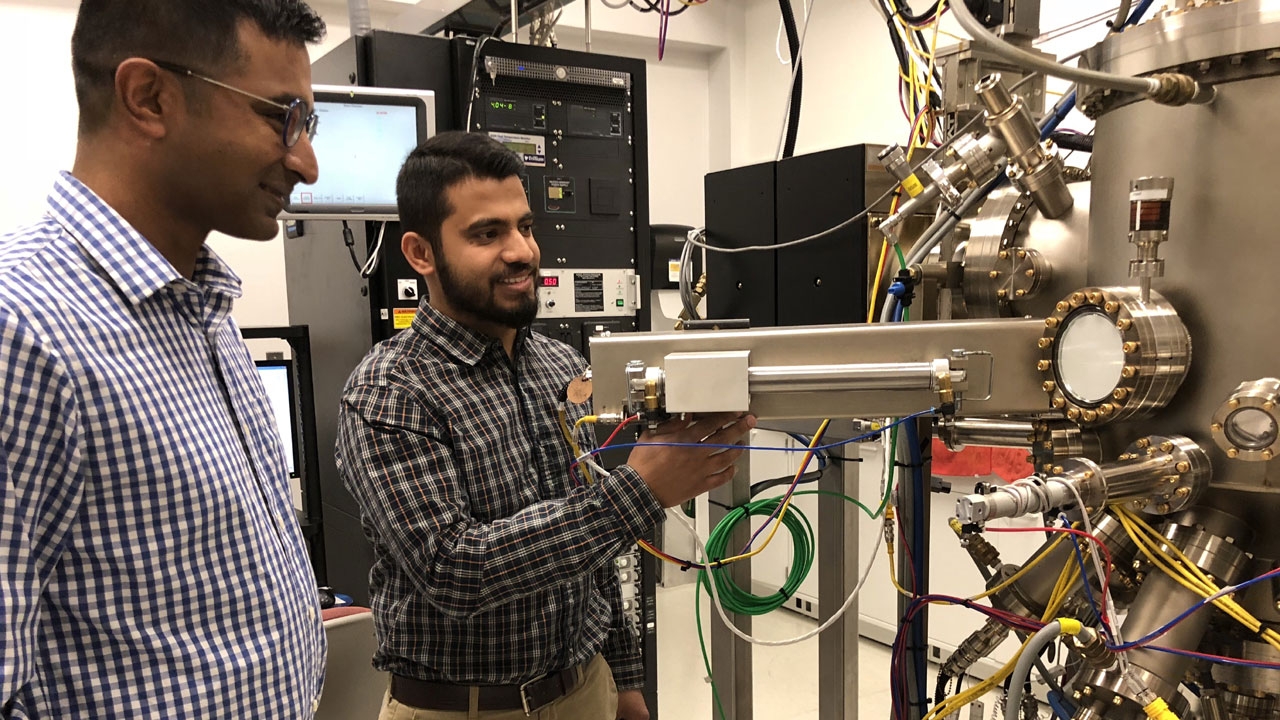 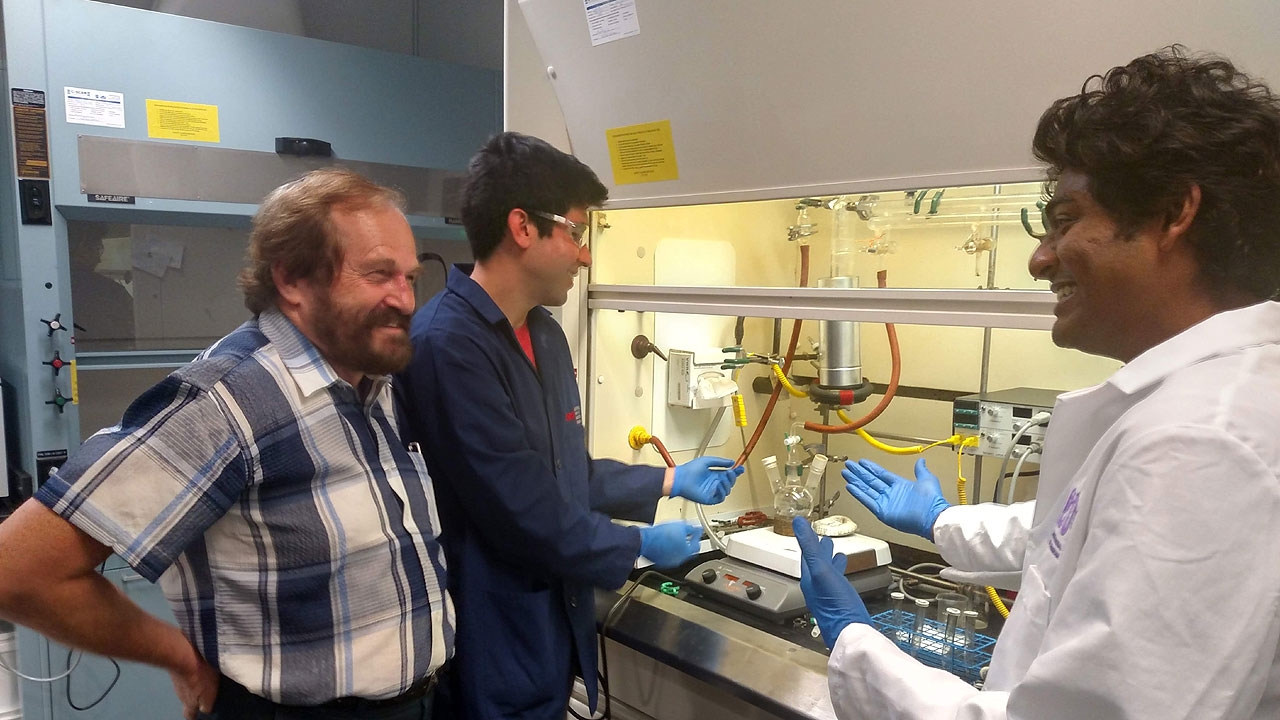 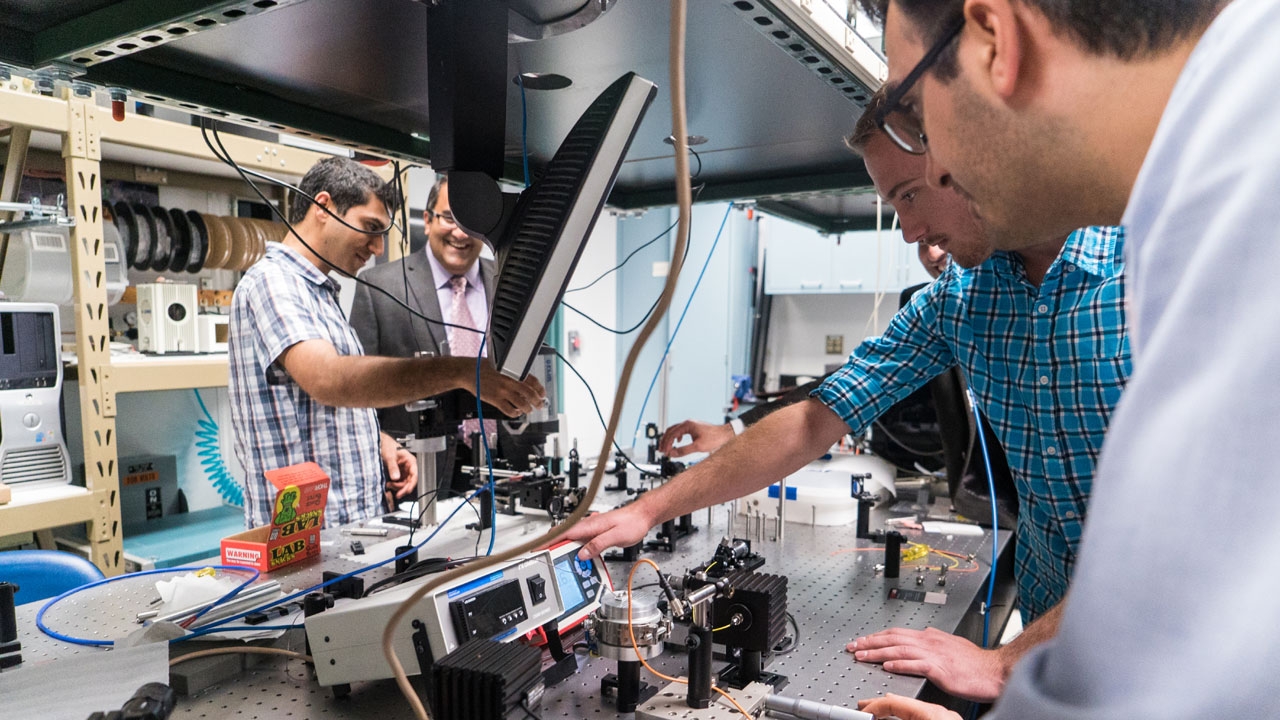 The National Science Foundation announced today $6 million for quantum research as part of its RAISE-EQuIP: Frontiers of Quantum Engineering effort, an initiative designed to push the frontiers of engineering in quantum information science and technology.

The funding includes a nearly $750,000 award to the University of New Mexico over three years as part of the overall award. Principal Investigator Marek Osinski, a professor in UNM’s Electrical and Computer Engineering (ECE) Department and in the Center for High Technology Materials (CHTM), will lead UNM’s project, one of eight in the program. UNM’s team also includes co-PIs Arash Mafi, director of CHTM and professor in the Department of Physics and Astronomy, and Ganesh Balakrishnan, associate professor in ECE and associate director of CHTM. The project also envisages a subcontract to the University of Rochester, with Roman Sobolewski, professor of ECE, as co-PI.

“The main vision of this research is to push the frontiers of engineering in quantum technologies by implementing a silicon-based integrated platform and exploring the interactions of quantum devices in a quantum network." – Marek Osinski

“This is a highly interdisciplinary project that brings together expertise in materials science and engineering; semiconductor fabrication, processing, and devices; superconducting device physics; classical nonlinear and quantum optics; and optical communications to solve technical challenges for the development and realization of a scalable integrated quantum communication platform,” said Osinski, who will lead UNM’s effort titled Integrated Silicon Photonics Platforms for Scalable Quantum Systems.

RAISE-EQuIP overlaps with NSF’s 10 Big Ideas for Future Investment, a multipronged effort to advance the fundamental understanding of quantum phenomena, materials and systems, toward revolutionary advances in quantum information science and convergence research. The effort will fund eight projects designed to push the frontiers of engineering in quantum information science and technology.

UNM project is a transformative program designed to integrate novel devices for the generation, manipulation, propagation, and detection of single and entangled photons for quantum information processing in a silicon photonics platform that can be used to implement a large-scale quantum communication network.

“Quantum information processing relies on the extraction, processing and manipulation, as well as transmission and detection of information by exploiting quantum properties of light and matter,” said Osinski. “QIP is expected to be used to secure and scale-up multiparty quantum computations to tackle computational problems that currently remain outside the reach of computers, such as large-scale molecular simulations for materials design and drug discovery; or it can connect a network of distributed quantum sensors for ultraprecise measurements with applications to biological imaging, gravitometry, and position navigation-timing.”

Much of the progress to date has been focused on developing individual device components that satisfy the rather stringent requirements of QIP at the single-photon level. Integrating these individual components into a complete quantum-communication system with optimized operation is a very challenging task that requires an interdisciplinary approach. The move beyond individual discrete components necessitates a new paradigm that will integrate various components on a single chip and optimize the system performance.

“In a general landscape of QIP, quantum communications play a special role, because it can be used to implement a secure data transmission network, leveraging the concept of quantum cryptography, where the security of transmission is guaranteed by the basic laws of quantum physics, rather than, e.g., linguistics or complex computations,” said Osinski. “Over the last decade, there has been tremendous progress in science and technology related to the generation, manipulation, storage, propagation, and detection of photons for QIP.”

The research covers both design and fabrication of single-photon and entangled photon pair sources, single-photon detectors, and integrated channels to manipulate photons, as well as experiments to characterize the quantum nature of the photonic states for implementation in viable quantum communication protocols.

“The main vision of this research is to push the frontiers of engineering in quantum technologies by implementing a silicon-based integrated platform and exploring the interactions of quantum devices in a quantum network,” said Osinski. “In addition to the advancement of the new science and technology, a major outcome will be the exposure of undergraduate and graduate students working on this project to a broad range of topics in an interdisciplinary environment. This broad teaching/research experience is a platform to train the highly skilled workforce of the future.” 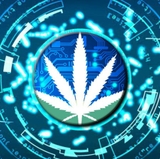 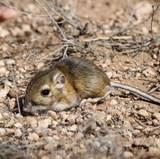