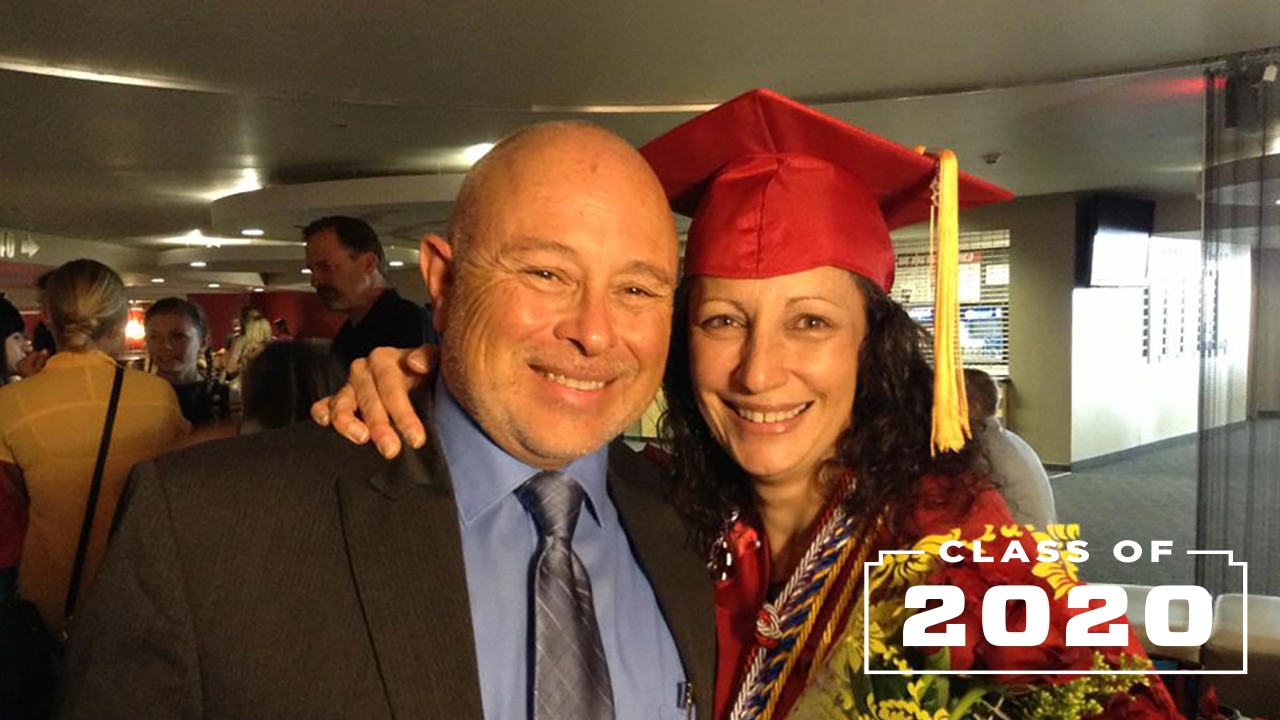 Maude “Sush” May has earned a bachelor’s and master’s degree in nursing, and recently completed her doctor of nursing practice (DNP) at The University of New Mexico College of Nursing. But her educational journey did not come without its hardships, and her story is nothing short of inspirational.

May began her pursuit of a nursing career as a single mother of five children. She was a stay-at-home mom and had to complete several prerequisites before applying to UNM. She managed to complete those courses while supporting her children through part-time homeschooling and working from home as a telecommuting typist.

Nursing was a second career option for May. She realized she wanted to do something different with her life after an experience with her mother. 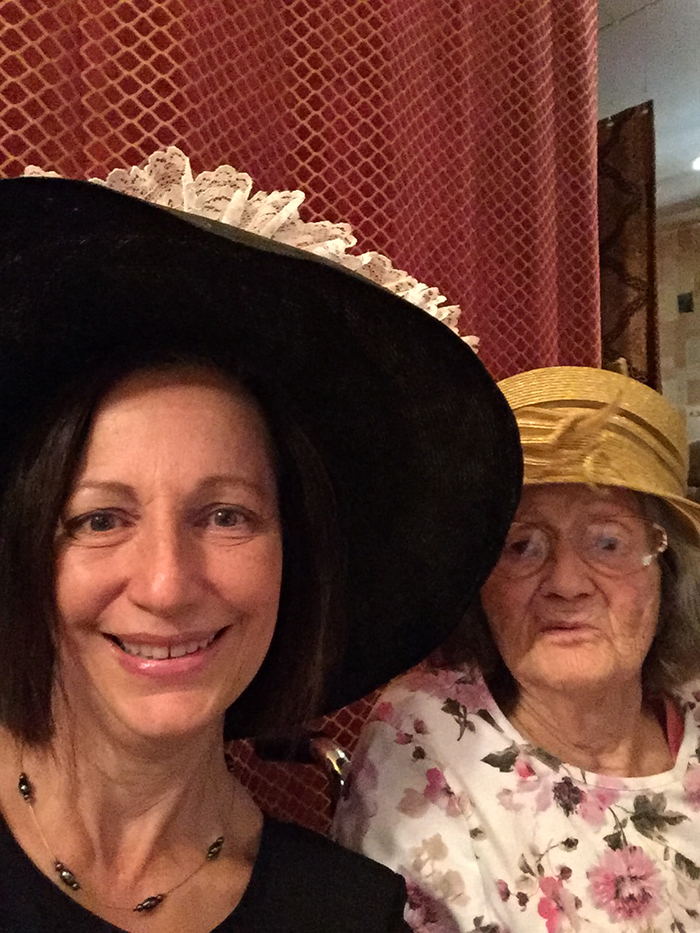 Sush and her mother Angele at the St. James Tearoom.

Her mother, who lived in California at the time, had a fall that resulted in a significant brain bleed. May traveled frequently back and forth between San José and Albuquerque to be at her mother’s side.

“Being in the hospital rooms as much as I was with my Mom . . . was more time than I had ever spent in my life with nurses,” May said. “I think that had a lot to do with it.”

After her mother’s accident, the family decided to move her out to New Mexico, where she lived with May for about eight and a half years. Then, eight months into the DNP program, May had to cope with the loss of her mother.

Her professors were very supportive during that difficult time, and she is grateful for the encouragement they provided her. “They insisted that I put my doctorate program on hold,” May said. “I never missed a class though, because that was super important to me.”

May did, however, receive an incomplete because she fell behind on coursework. Then once she finally caught up, another hardship hit – the COVID-19 pandemic. “My project involved interviewing patients in the hospital, and they stopped all visitors, students and research,” May said.

Because her project was put on hold again, May decided to shift her focus to another educational goal – obtaining a master’s in business administration degree.

May believes that completing her MBA will help her succeed in her current position as director of Outpatient Services at the UNM Psychiatric Center. “There’s a business side to [outpatient care] that you don’t see with inpatient,” May said.

At the beginning of the MBA program, May was asked, “If you could change one thing about people, what would it be?” She answered, “I would want every person in the world to really, truly believe that they are capable of whatever it is that they want to do.”

“I think that education, in some ways, is underrated,” May said. “I think it’s because people don’t have enough faith and belief in themselves. I never allowed myself to believe that it was never going to work out.” 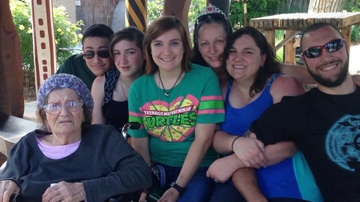 Sush with her mother and children at the ABQ BioPark. From (l. to r.): Angele, Aedyn, Rhiannon, Caitlyn, Sush, Alicia, and Donovan.

Not only did May begin her studies while independently supporting her children, but the house they were living in at the time was also in foreclosure.

“Not wanting to be out on the street with five kids, which is strange for me to say, given where I am right now in life, was a concern at one point in my life,” she said. It was the promise of a better life that kept her going.

May is now married and all of her children have reached adulthood. “I couldn’t be prouder of all of my kids,” May says. “I’d like to think that I set an example for working through difficulty.”