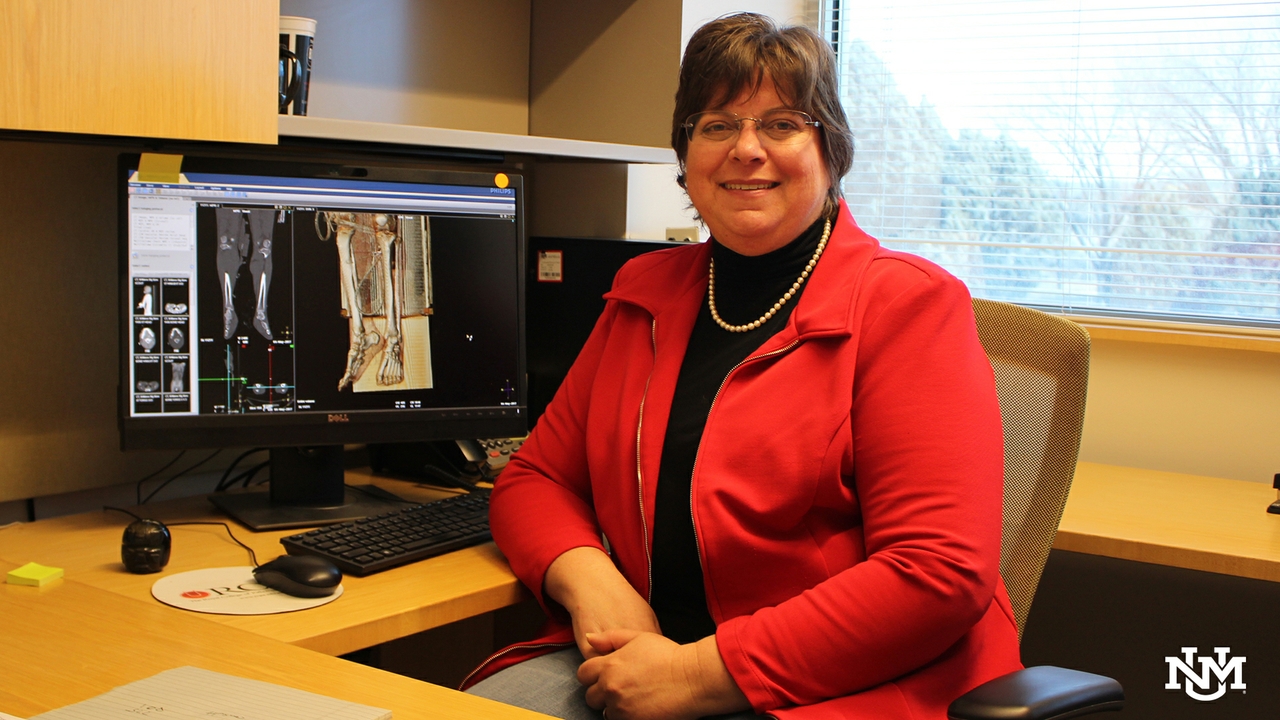 Heather Edgar, forensic anthropologist at The University of New Mexico Office of Medical Investigator (OMI) and professor of Anthropology, has been awarded a grant from the National Institute of Justice, according to a department press release. The grant, Improving identification of unknown American Indians and Hispanic/Latinx Americans, will allow Edgar to continue her work in this area.

One reason for the large number of missing American Indians may be the misclassification of their remains as some group. Misclassification greatly reduces the likelihood that a missing person can be matched with human remains that have been recovered. Edgar proposes development research using up-to-date methods coupled with a new research resource, the New Mexico Decedent Image Database, to improve the accuracy of population affinity estimation for American Indians.

In accomplishing this goal, the OMI will improve population affinity estimation for other groups, especially Hispanic/Latinx Americans. Furthermore, equations for stature estimation will be developed specific to these two groups. As means toward these ends, methods will be developed to improve the speed, accuracy, and precision of measurement using virtual osteology samples, share virtual specimens with other researchers, and provide a simple way for other researchers to share virtual specimens using a pre-existing data resource.

Important to this work, the OMI will form and work with an advisory group of community members to ensure that this research is conducted in a respectful manner and address questions of importance to American Indians today. A primary deliverable for this project will be 3D and 2D data transferred to the Forensic Data Bank for use in a future release of software for the estimation of population affinity and stature. Additional deliverables include software packages to improve the processing of virtual osteological (bone and skeleton) specimens, shared 3D images of skeletal elements, and publications.

While the samples the OMI will draw upon are from the American Southwest, they will allow for a greater understanding of intra-group variation in this region and likely improve biological profiles for American Indians and Hispanic/Latinx Americans in other regions of the U.S.

This work will improve criminal justice goals by assisting law enforcement and medicolegal investigators in making accurate identification of remains, to obtain timely evidence, and render appropriate justice. As importantly, this work will make a difference in relieving family and community pain and suffering related to the resolution of missing persons cases.