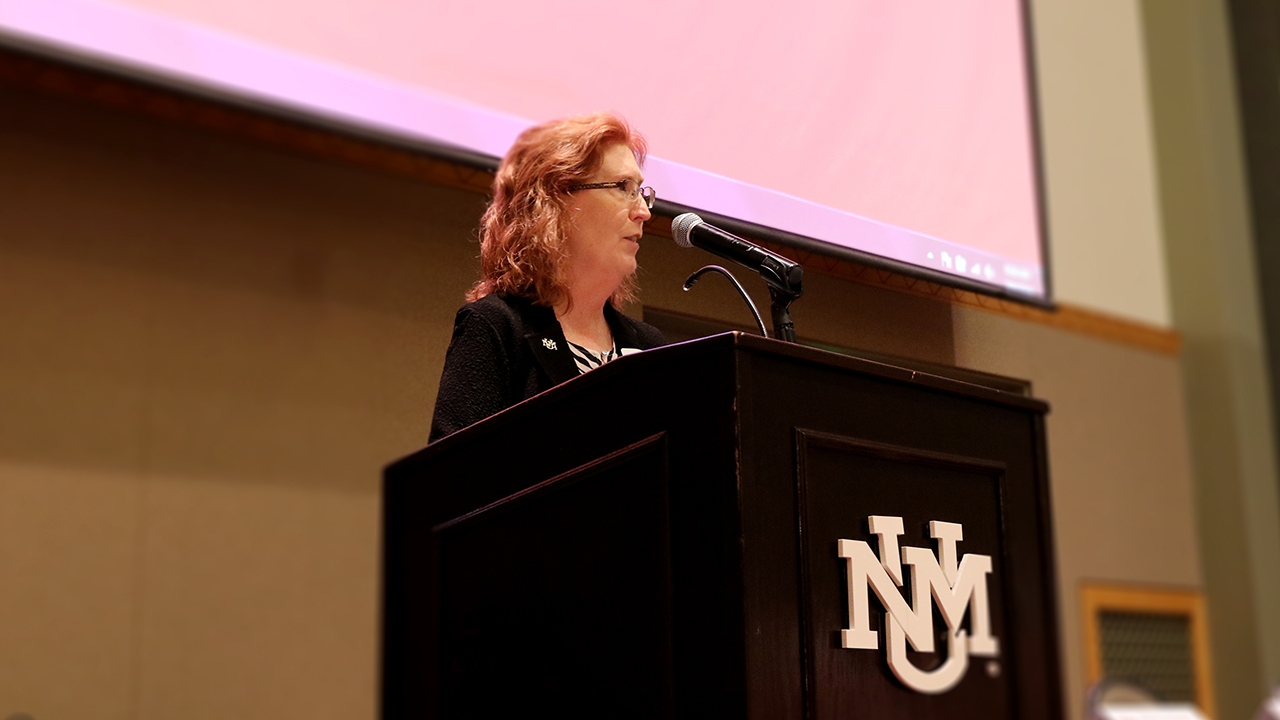 Patricia Henning heads for new skies at the NRAO

After over 25 years at The University of New Mexico, Associate Vice President for Research and Physics & Astronomy Professor Patricia Henning is taking on a leadership position at the National Radio Astronomy Observatory (NRAO). She recently was named the assistant director of Science Support and Research, and though she is leaving at the end of August, her impact on the UNM community through her service, research, and education will remain for years to come. 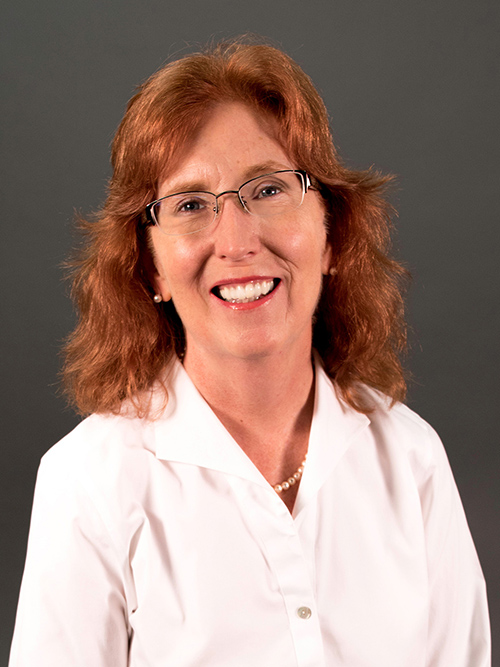 “I very much enjoyed working with Trish, not only because she is a great researcher and a genuinely nice person, but also because we come from very different and complementary scholarly backgrounds,” says Vice President for Research Gabriel López. “We also have quite different personalities, and both of these aspects of diversity helped us, I believe, work well together. I am grateful for her service to UNM Research.”

During her tenure as the associate vice president for Research, Henning often served as the face of UNM Research, headlining events, making presentations, participating in open houses and lending her expertise, not only to UNM faculty, staff, and students, but also to the community through public lectures. Over the last 25+ years, her leadership roles at UNM include the Budget Leadership Team, UNM Research Strategic Plan leadership team, associate chair for undergraduate affairs in the Physics & Astronomy department, numerous selection and promotion committees, and graceful mentorship of faculty, graduate, and undergraduate students.

Mary Jo Daniel, director of the Faculty Research Development Office, will take over as interim associate vice president for Research. “I have both enjoyed and benefitted from working with Trish for the past four years,” says Daniel. “She approaches issues and opportunities thoughtfully, with humor, and with integrity. She’s been a great colleague and I wish her every success in her new venture.”

Henning's research focuses on the really big picture—extragalactic astronomy, radio astronomy, galaxy clusters, superclusters, cosmic voids, and galaxy evolution. Her expertise in radio astronomy is reflected through her many publications and activities, including leading a project with the giant 305-meter (1000-ft) diameter Arecibo radio telescope in Puerto Rico, charting hundreds of galaxies behind the Milky Way. 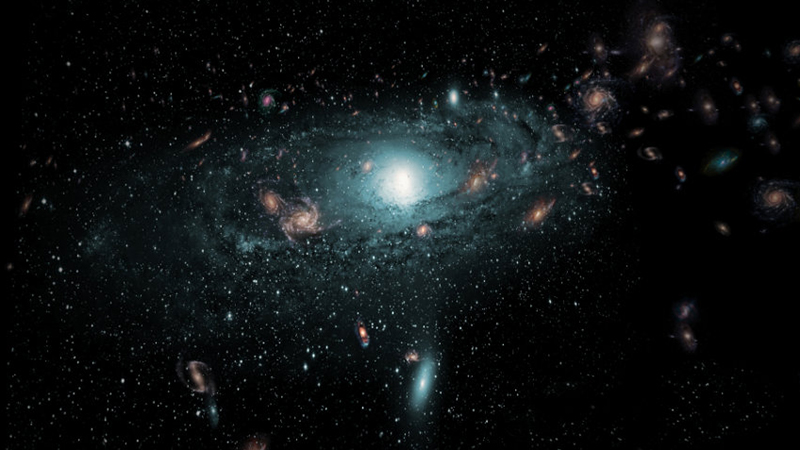 “Trish has done terrific work and, although we miss her in the Department of Physics & Astronomy, we look forward to working with her in this next stage of her career and we wish her luck,” says Richard Rand, chair of the Physics & Astronomy Department. “We know she won't be a stranger here. We believe her new position will strengthen ties between NRAO and UNM at this crucial time when NRAO is pursuing support in the astronomical community for the Next Generation Very Large Array, which would revolutionize radio astronomy in the same way the Very Large Array has done.”

In her new role, Henning will be supporting scientific users of NRAO instruments and overseeing the research environment for its scientific staff. This involves a variety of activities, including managing telescope time allocation and proposal handling processes, coordinating the student and postdoc programs, and other responsibilities. Her work will include helping to shape the way new data is shared throughout the astronomical community and will contribute to the planning and definition of the Next Generation Very Large Array (ngVLA).

The ngVLA is envisioned to be a radio-light telescope similar to the Very Large Array in function, but far beyond it in scope and power.

“I’m very fortunate to have great colleagues in the Physics & Astronomy department and in the Office of the Vice President for Research,” says Henning. “My greatest enjoyment has come from supporting the fantastic researchers at UNM, and helping students succeed in classes and in research. I look forward to helping the NRAO enable the scientific community to conduct forefront research in the Universe at radio wavelengths.”