Pfeiffer to receive Honorary Degree from The University of New Mexico

Associate Professor Emerita Anita Bradley Pfeiffer is the recipient of one of three 2016 honorary degrees presented by The University of New Mexico. Other recipients include V.B. Price and Polly Schaafsma. Pfeiffer will receive a Doctor of Humane Letters. The recipients will be recognized during UNM’s undergraduate commencement ceremony on Saturday, May 14 at WisePies Arena aka The Pit. The ceremony begins at 9 a.m.

Pfeiffer provided leadership to the Rough Rock Demonstration School, which was founded in 1966 as the first contemporary school to have an all-Navajo governing board and to teach in a Native American language. She eventually went on to be Rough Rock’s principal, and later its deputy director.

Pfeiffer provided groundbreaking leadership to the Rough Rock Demonstration School, founded in 1966 as the first contemporary school to have an all-Navajo governing board, and the first school to teach in and through a Native American language. What was happening in 1966 at Rough Rock was nothing short of revolutionary, comments Dr. Teresa McCarty, GR Kneller Chair in Education & Anthropology, University of California, Los Angeles, who documented the amazing history of Rough Rock Demonstration School in her book A Place to be Navajo (2002).

There were no ‘blueprints’ for the work she undertook at Rough Rock—no models for American Indian bilingual-bicultural schooling—and the stakes were high: the federal government, the Navajo Nation, other American Indian tribes, politicians, and educators around the world were watching this unique experiment in Indigenous education.

The Department of Language, Literacy and Sociocultural Studies in the College of Education at UNM benefitted from Pfeiffer’s gifts of teaching, scholarship and service during her 33 years as a faculty member. During these years, she tirelessly worked to prepare bilingual and biliterate Native American teachers.

Together with UNM colleagues, Pfeiffer received a federal grant to charter flights so she and other UNM teacher educators could deliver weekly teacher education courses for Navajo and Apache teacher candidates at Ramah, Shiprock, Crown Point, and Dulce, N.M., and in Teec Nos Pos, Ariz.

Also receiving an honorary degree is Price who is a poet, award-winning reporter and author, among other job titles. He is a university teacher in New Mexico where he has resided since 1958.

Schaafsma is an archaeologist with a specialty in Hispanic Indian rock art and kiva murals. She has an academic background in art history and has established the graphic arts as a way to understand the ancient past of the Greater Southwest. 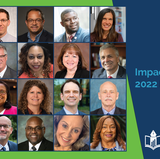 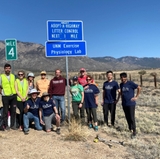 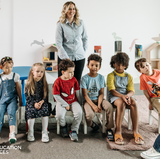