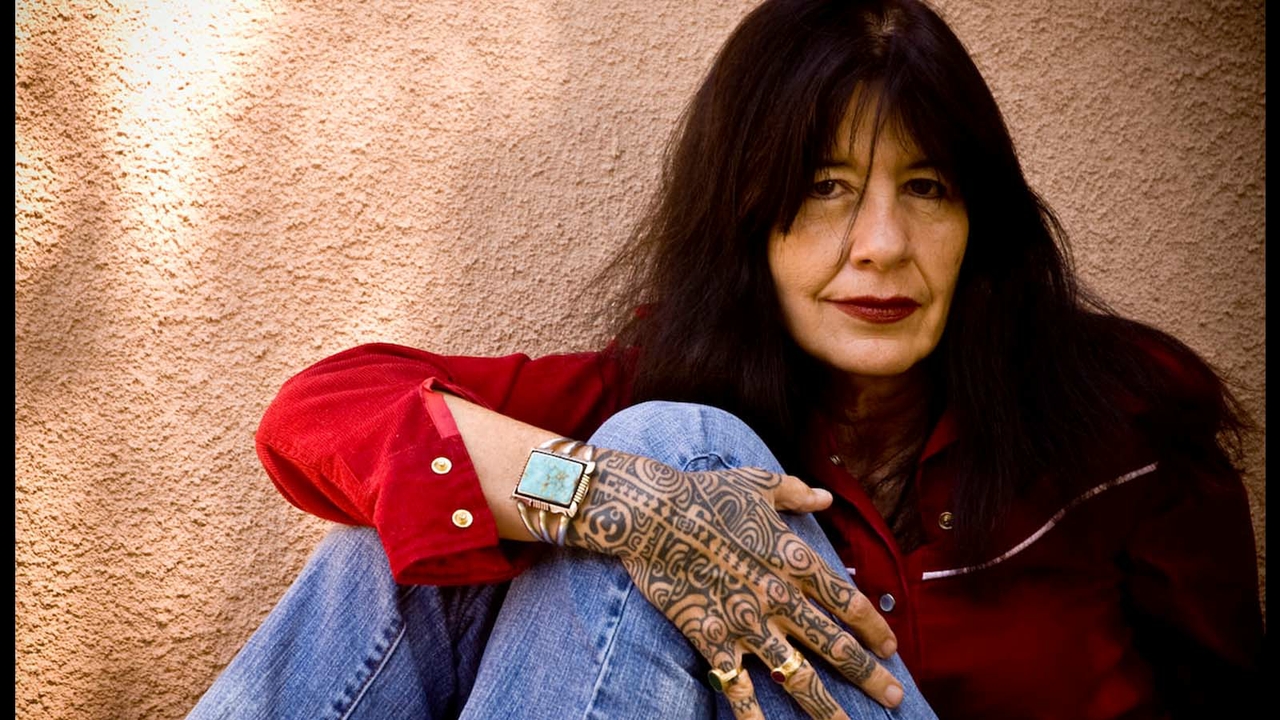 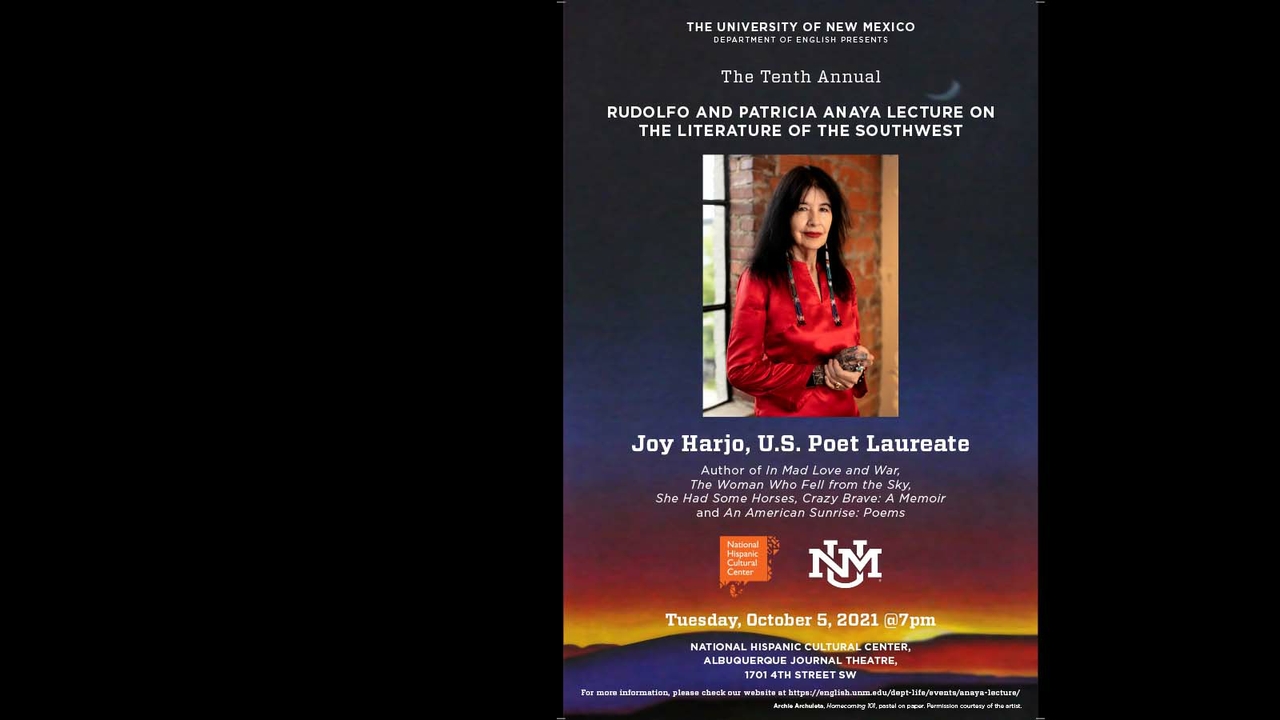 U.S Poet Laureate Joy Harjo, an alumna of The University of New Mexico, is the featured speaker at the 10th annual Rudolfo and Patricia Anaya Lecture on the Literature of the Southwest sponsored by the UNM English Department. 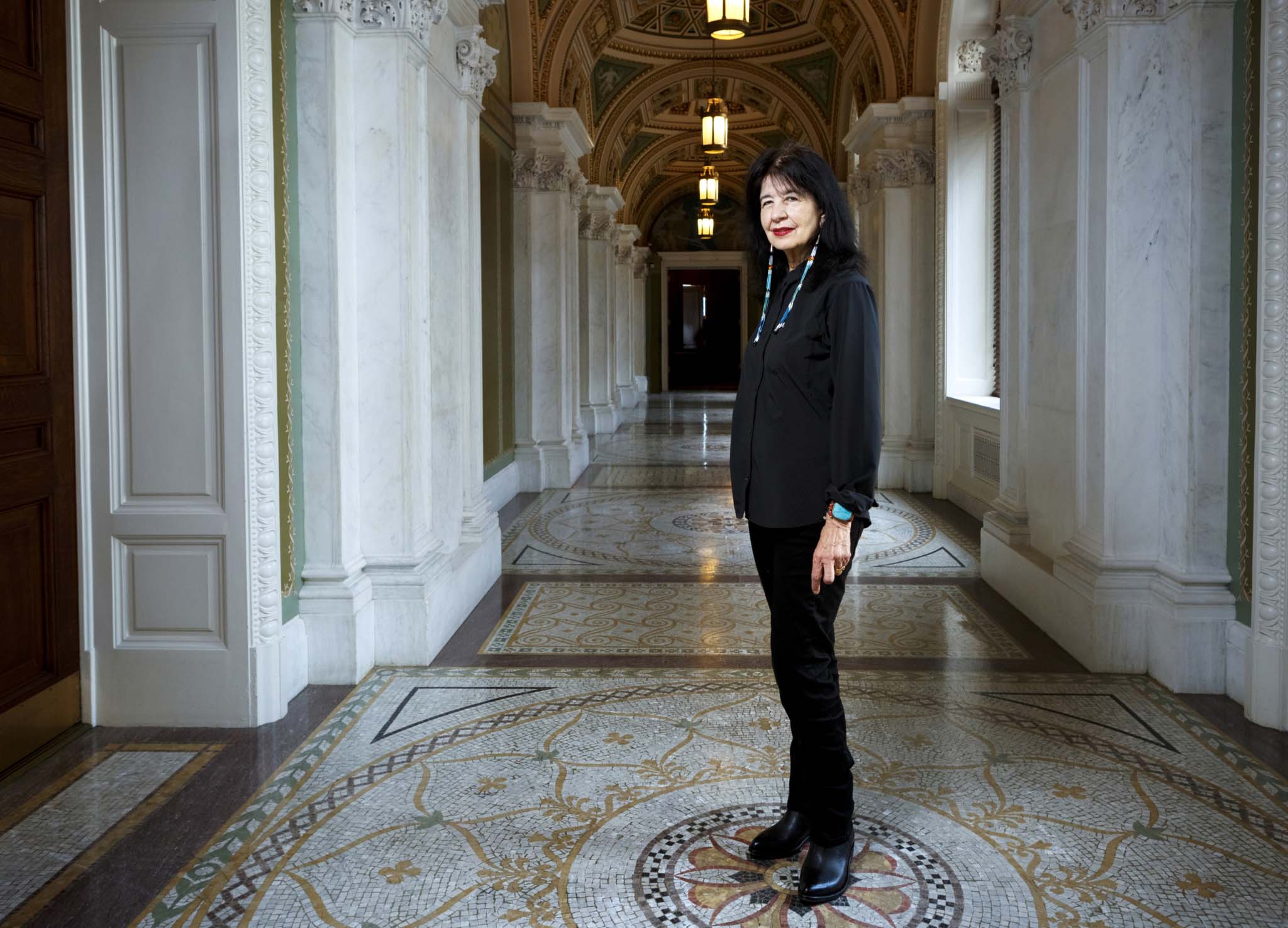 The event is Tuesday, Oct. 5, at 7 p.m. in the Albuquerque Journal Theatre at the National Hispanic Cultural Center, 1701 4th Street SW, Albuquerque, with a book signing and reception to follow. The lecture is free and open to the public. Please reserve a ticket.

The 10th annual lecture is the first since Anaya’s passing in 2020, and will honor his legacy by hosting Lobo alumna and U.S. Poet Laureate Harjo, whose literary arc began in the English Department at UNM.

Harjo is an internationally renowned performer and writer of the Muscogee (Creek) Nation, serving her second term as the 23rd Poet Laureate of the United States. She is the author of nine books of poetry and two memoirs, including her latest, Poet Warrior.

“Bless the poets, the workers for justice, the dancers of ceremony, the singers of heartache, the visionaries, all makers and carriers of fresh meaning—We will all make it through, despite politics and wars, despite failures and misunderstandings. There is only love.”

The Washington Post lists Poet Warrior in its top 10 hardcover bestsellers, noting, “The first Native American to serve as U.S. poet laureate shares her journey of personal development as represented through her work.” The New York Times recommends Poet Warrior as one of its top seven memoirs to read this season, saying, “Harjo, the first Native poet laureate, draws on her family’s ancestral stories and artistic influences in her second autobiography, which she wrote in verse and prose. She puts it simply: ‘I do not want to forget, though sometimes memory appears to be an enemy bringing only pain.’”

Harjo’s lecture is something of a homecoming. She received her bachelor of arts in Fine Arts degree in 1982 from UNM. She studied with renowned Chicano author Professor Rudolfo Anaya where she learned, “At the forefront was story-making that had roots in community.”

She began writing poetry when she was a UNM student “under the guidance and care” of poetry professors David Johnson and Gene Frumkin.

“They opened the door, invited me in, and fed me the best in poetry and ideas. I was also an active member of the Kiva Club, the Native student organization. We were politically active, were deeply involved in social justice issues. They were my family. We also had the Living Batch Bookstore across the street on Central which became a central meeting place,” Harjo recalled.

“I would not be where I am without what was given me in my education at UNM,” she continued. “My professors and the staff held my trust as they challenged me to develop my art and vision. When I taught there at UNM and anywhere else, I felt that I was the continuation of a genealogy of sorts of trust and challenge. My position as U.S. Poet Laureate is a continuation of that legacy.”

In 2010, Anaya established the lecture series through a generous gift to the English Department. Founder of UNM’s distinguished Creative Writing Program, Anaya is also an Emeritus Professor of English at UNM. His papers are held at UNM’s Center for Southwest Research and Special Collections in Zimmerman Library, some of which are available through the Rudolfo Anaya Digital Archive.

To support the lecture series and keep the events free and open to the public please visit the lecture website to donate. To help create The Rudolfo Anaya Sala, a public home for Mr. Anaya’s memorabilia and other special collections in Zimmerman Library, visit the fund website or contact Carol Kennedy for more information.