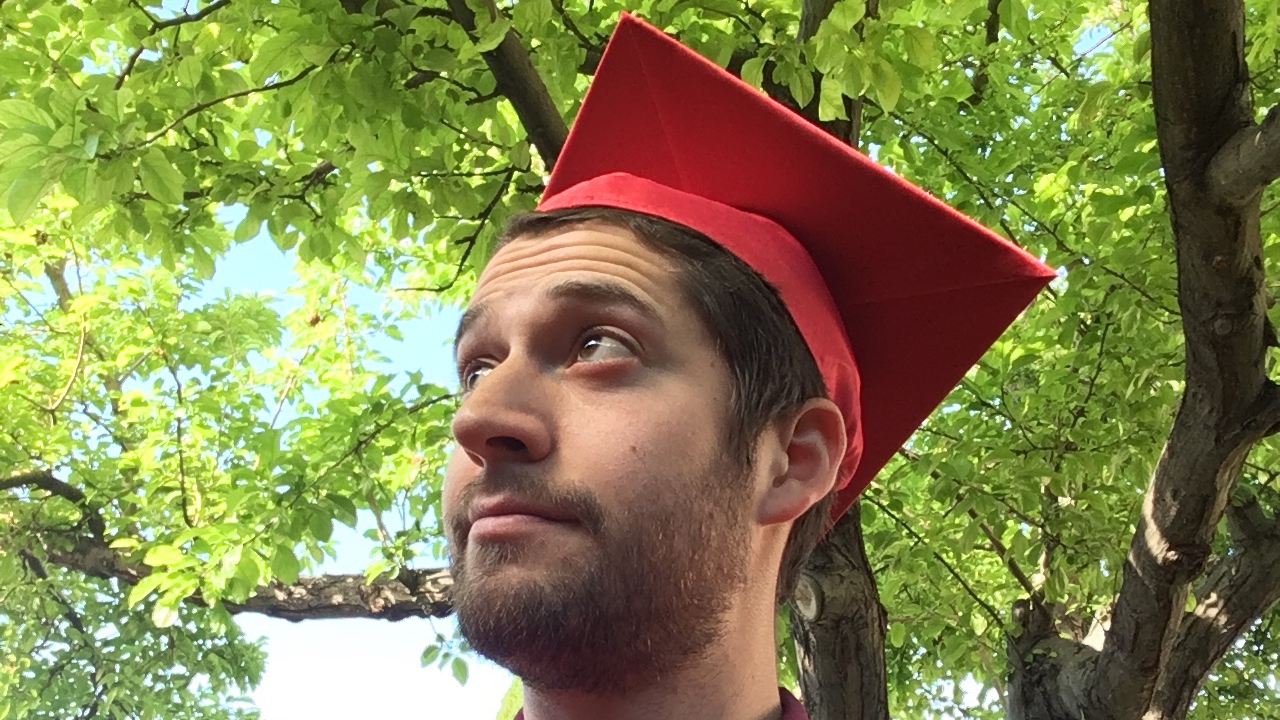 Jared Thurgood will graduate this Saturday from The University of New Mexico with a Bachelor of Science degree in Nuclear Engineering. But there were times along the way when he didn’t know if he was going to succeed.

Thurgood worked hard in high school to win the prestigious Presidential Scholarship, which paid for his tuition.

“I was able to take that gift and turn it into a wealth of knowledge,” he said.

“I feel I am more ready now for the work field because of that help and education that I received here at the University of New Mexico.”

His parents both attended UNM and family and friends were nearby so it seemed like a perfect fit. He initially thought he’d follow in his dad’s footsteps and pursue a degree in Computer Engineering. But when a mentor arranged visits to see White Sands Missile Range and Trinity Site where the first atomic bomb was detonated, the National Museum of Nuclear Science & History, and Kirtland Air Force Base, Thurgood’s interest in nuclear power development in New Mexico was piqued and he decided to switch majors.

“I also really enjoy math, so engineering felt like a good fit for me,” he said.

The path to commencement wasn’t always easy. When he failed his first calculus test he thought he was going to flunk out of school. A year later, he struggled with thermodynamics, “one of the most difficult classes I've taken for sure.” Then he took a two-year break to serve on a church mission.

“The semester I got back from my mission, I was very lost. I trudged through the semester by myself and didn’t feel like I’d be able to survive much longer. But the next semester, some of my classmates befriended me and invited me to study and work with them. They helped me get caught up and back to where I was before I had left, and from then on, I felt like I had a very good grasp of the material I learned from then on.”

Following an internship this summer at Sandia National Laboratories after graduation, Thurgood and his wife Shelby will move to Utah where she will finish her undergraduate degree and he will pursue a Master’s degree in the school’s Chemical Engineering department, which focuses on nuclear power.

“The one piece of advice I would give students is to find a group of friends or a study group that can help you reach your full potential. Positive influence goes a long way when things get hard in college. Study hard! I probably wouldn't be able to make it here without my parents supporting me along the way, and Shelby, my best friend who eventually became my wife,” Thurgood observed. “I feel I am more ready now for the work field because of that help and education that I received here at the University of New Mexico.”