The UNM Board of Regents has taken steps to preserve a prehistoric Native American village. A university archeological site of nine acres known as "Pottery Mound" has been deeded to the Pueblo of Isleta.

UNM acquired the land in 1978 when the Huning Land Trust gave the university the Pottery Mound. The trust also gave land in the area to the Pueblo of Isleta. Over the years, the pueblo has acquired more land in the vicinity so the nine acre plot owned by UNM is surrounded by pueblo property.

Isleta Pueblo Cultural Affairs Committee Representative Valentino Jaramillo told the Regents that the pueblo has a strong connection to what was uncovered and what is past in the community and that this site is a window to the pueblo post. He noted that the area was of great significance to Isleta and to other tribes.

The land contains remnants of an adobe pueblo that was occupied between 1350 and 1500 A.D. and has since melted into a low mount covered with broken pottery. The university excavated the site in the 1950s through the 1990s, finding dozens of visually stunning murals in kivas. Today Pottery Mound is threatened by erosion of the Rio Puerco. UNM does not have security at the site and is not in a position to protect the artifacts so after consultation with the UNM Department of Anthropology, the Regents have agreed to deed the land to the pueblo so that it can be better patrolled and protected.

The university will retain the right to conduct research that will not disturb or require collection of artifacts at the site, and can continue to use the site for student training. The site contains potsherds known as Pottery Mound Polychrome, which is red and black paint on a background consisting of two slip colors. It also contains a great variety of other pottery including Hopi decorated and plain wares, white paste wares from the Acoma-Zuni region in western New Mexico and biscuit wares from North-central New Mexico.

The mix of ancient pottery types indicates the Pottery Mound villagers were in contact with many different groups in the prehistoric U.S. Southwest. Even after the site is turned over to Isleta for protection, UNM will continue to document life in the village through ongoing studies of the collections made decades ago. 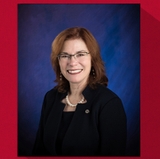 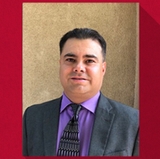