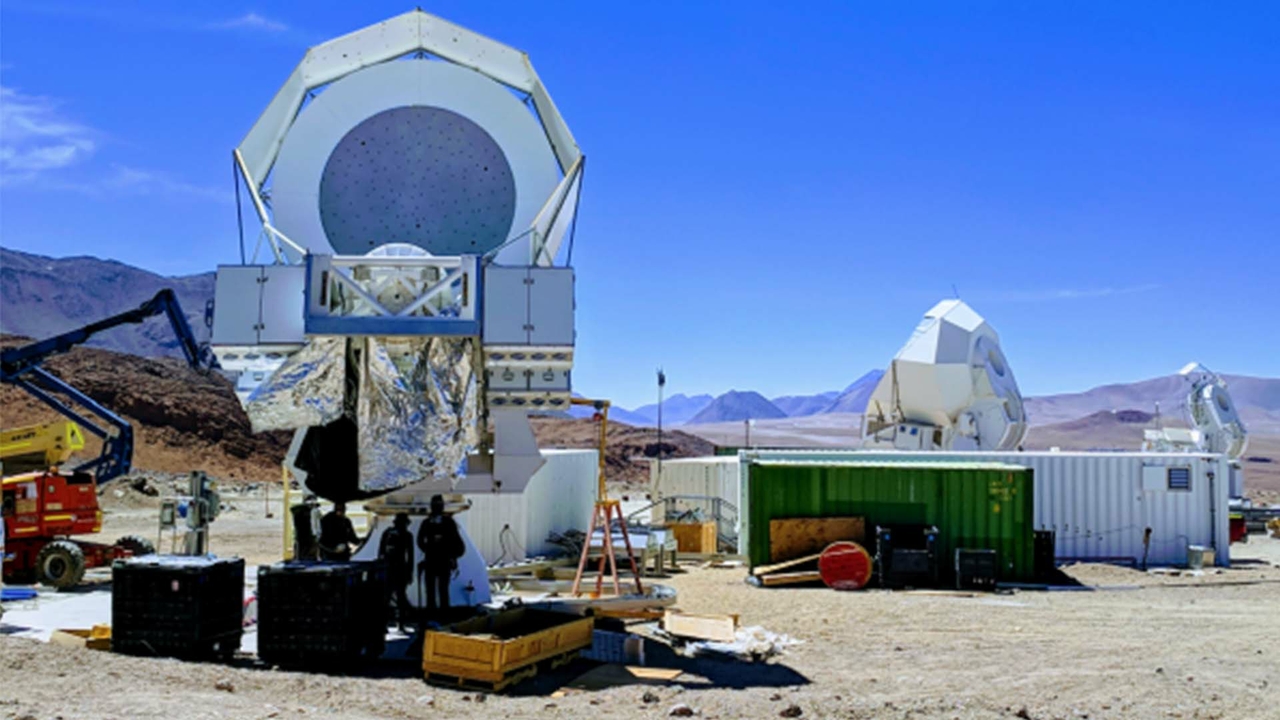 Darcy Barron, an assistant professor from Physics and Astronomy at The University of New Mexico, was recently awarded a three-year National Science Foundation (NSF) grant of $393,000 to develop instrumentation and analysis tools to better monitor the cosmic microwave background (CMB).

“The CMB is a very well-defined instant of time in the universe and the earliest light we can see from The Big Bang," Barron said. "New light comes to us because the universe is expanding, so we’re looking further back in time each year we look at it and this makes it a really nice reference point we can use to test models of the universe."

Most measurements of the CMB take place in arid, high-elevation areas in remote locations to get the best possible data, as measuring from the Earth’s surface comes with a lot of interference from the atmosphere and man-made frequencies like wifi and cell phone networks.

To address this, Barron will begin to develop and test better instrumentation and analysis tools through the grant, with the help of her student research group, to better isolate and identify interferences to make data analysis more efficient and better understand CMB measurements.

“We’re trying to make points about the entire universe and how it was built up, so you want to make sure there’s not anything strange from the atmosphere or other contamination that’s throwing you off and making you misunderstand your data,” Barron said.

Once completed, the equipment will reside in Cerro Toco, Chile at the site of the current POLARBEAR/Simons Array CMB experiment in the Atacama Desert. However, the initial setup and testing will be conducted with her students atop the PAÍS building on campus.

“The really neat thing is that we can do a lot of these measurements from Albuquerque, and if you’re going to send something down to a really remote site you want to test it out and make sure it works beforehand,” Barron said. “To have something work every single day with no one interacting with it throughout all the seasons can be pretty hard, so we will set it up here to make sure we understand how it works and weatherproof it before sending it down to Chile.”

Barron said she will integrate this project into her class in the spring, Astronomy 426, about instrumentation in astronomy and other optical sciences to help give undergraduate and graduate students valuable real-world experience.

“A lot of the class is learning how instruments are made and designed and how to look at their data and understand it. In the past, we had to rely on public data sets which can be really interesting to look at, but sometimes they already did all the interesting science for you,” Barron said. “With the equipment, we’ll be building you can at least get that experience of really understanding an instrument and the data coming out of it which is widely applicable in astronomy, so some of this data may be interesting for the students in the class.”

Another component of the grant will be studying the increase of satellites going to space and their use of microwave frequencies for communication.

“This instrument we’re building is sensitive to a huge range of frequencies because that’s what is needed to measure this faint background of the CMB, but there is a big effort in astronomy lately to understand how much of an effect satellites are going to have on upcoming surveys so that is another big part of this project which we will try to understand more through modeling,” Barron said.

Once fully tested and tried at UNM, Barron said she hopes to collect a continuous year of data from the site in Chile, which will give researchers a better idea of what kinds of tools they should continue to develop and build upon in the future.

“Surveys of the CMB seek to answer outstanding questions in cosmology and particle physics and ways we have of making the data easier to understand is really important,” Barron said. “We’ve been observing at our site in Chile for a few decades and we will observe there for decades more, so it is worth investing in whatever we need to better understand the environment around us and in turn the measurements we make.”

Image: The POLARBEAR/Simons Array telescopes located in the Atacama Desert of Chile. Most measurements of the CMB take place in arid, high-elevation areas in remote locations to get the best possible data. Photo by Darcy Barron.