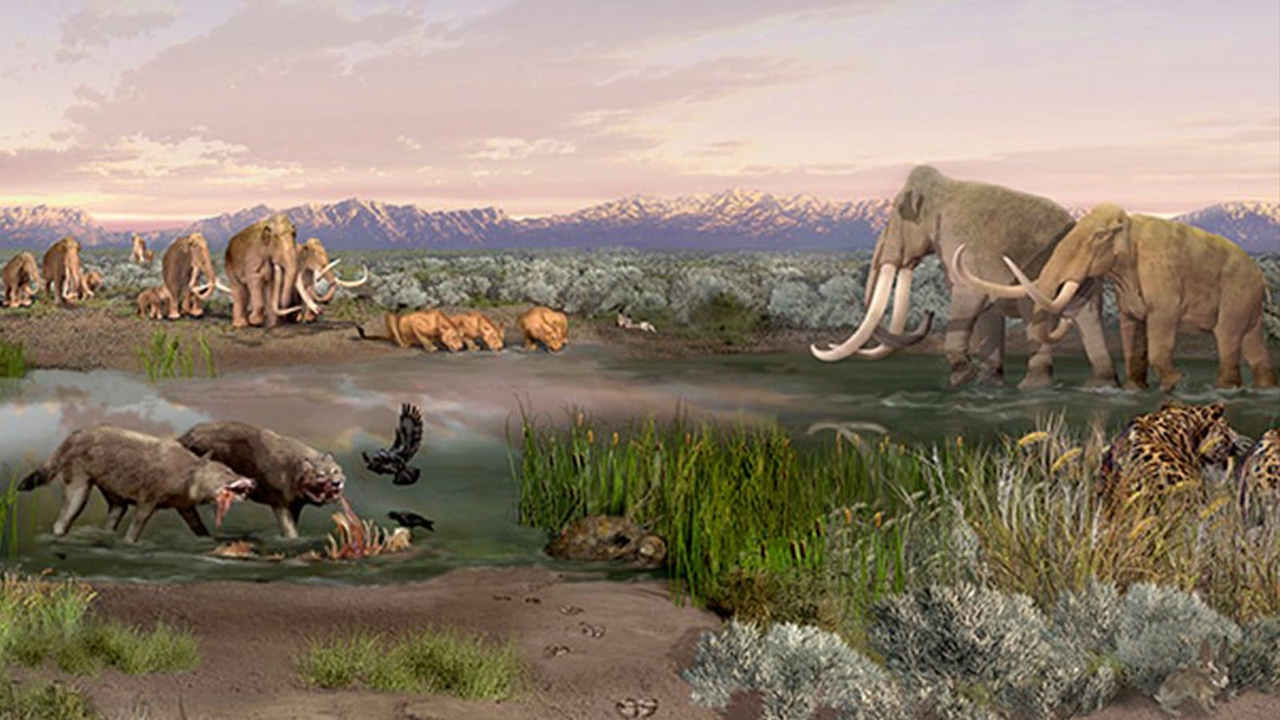 Research team looks to past for insights on future of megafauna

Are elephants important? How about rhinoceros? Or lions? What happens if Earth loses its last remaining large animals? New research by Professor of Biology Felisa Smith at the University of New Mexico shows the profound impacts of losing large-bodied mammals, or megafauna, in ecosystems. 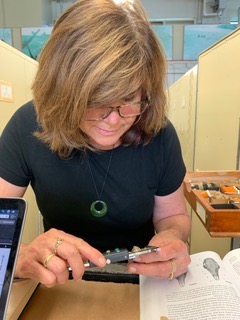 Smith and her team have just published a paper, Late Pleistocene megafauna extinction leads to missing pieces of ecological space in a North American mammal community, in the Proceedings of the National Academy of Sciences(PNAS), a prestigious peer-reviewed journal of the U.S. National Academy of Sciences. In the research, Smith and her team looked to the past to gain clues about the future of large mammals, which are declining at an alarming rate.

“The conservation status of large-bodied mammals on Earth today is dire. Their decline has serious consequences because they have unique ecological roles. But this sort of biodiversity loss has happened before. Humans entering the Americas at the terminal Pleistocene around 13,000 years ago caused a widespread extinction of the large-bodied mammals present then through some of the same activities that endanger mammals today,” Smith said. “Here we use the fossil record of this earlier extinction to explore what happened afterwards to the surviving mammals.”

The team focused their efforts on a mammal community from the Edwards Plateau in Texas, examining thousands of fossils housed at the Texas Memorial Museum in Austin, Texas. By measuring stable isotopes in fossil bones, they were able to characterize diet, and measurements of teeth and long bones allowed them to estimate body size. They were able to reconstruct the ancient food web of the terminal Pleistocene and see how it changed after the extinction.

“We find significant reorganization of the community after the extinction, particularly among the carnivores, as well as a loss of ecological complexity, and many, many vacant niches. The loss of complexity likely meant a reduction in ecosystem resilience,” said Emma Elliott Smith, former UNM grad student and co-author on the paper.

The results were particularly striking for the felid guild, which had included two species of sabertooth cats, the American Cave lion, jaguars, and lynx.

“We found that after the larger bodied cats went extinct, the jaguar became the top carnivore and shifted its diet to focus on bison, probably largely babies – a niche previously filled by the extinct cats,” Smith said. “Mountain lions who had been previously absent likely because of competition became common and lynx also shifted their diet and body size.”

“Interestingly, we don’t see significant dietary changes in the canids,” Elliott Smith added. “Coyotes, foxes, and the remaining wolf pretty much stayed in the same isotopic and body size space. It speaks to how ecologically flexible they are.”

The modern decline of elephants, giraffes, rhinos, and other large-bodied mammals has serious ecosystem consequences because of their important functional roles, such as influencing ecological interactions, as well as the structure and composition of plants and biogeochemical cycles.

“Smaller mammals just don’t play the same role within communities,” Smith said. “It is critically important to understand just how the decline or potential extinction of Earth’s last remaining large-bodied mammals might change ecosystems. We just can’t afford to lose these large-bodied mammals.”

“Our research of ancient mammals highlights what might happen if Earth’s remaining large-bodied mammals go extinct–animals such as elephants, rhinos, zebra, and lions—and it demonstrates how insights from the past can really inform modern conservation efforts.”

Seth Newsome, professor of Biology and associate director of the Center for Stable Isotopes, worked on the research with Smith. All the other authors also have previous affiliations with UNM: Emma Elliott Smith, a postdoc at Smithsonian Institution, was a grad student with Newsome; Catalina Tomé, curator at the Indiana State Museum, was a grad student with Smith; and Kate Lyons, associate professor at the University of Nebraska, and Amelia Villaseñor, assistant professor at the University of Arkansas, were both postdocs with Smith.

Smith takes her research to students in her classroom at UNM: “We talk a lot about conservation paleoecology in my ‘Ecology of the Past’ course; it’s also the subject of my new book.”