Researchers at The University of New Mexico (UNM) and University of Missouri (MU) have developed a new framework that they believe will help identify people previously overlooked for alcohol use disorder (AUD).

The framework focuses on 13 mechanisms, or risk factors, that could lead to someone developing an AUD, including impulsive behavior, reward sensitivity and punishment sensitivity. 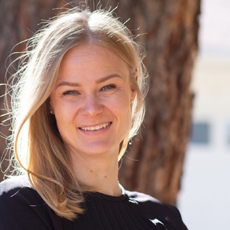 “We know from decades of research that there are a lot of different pathways to alcohol use disorder. So, we want to make sure that we are targeting people’s specific pathways as accurately as possible in order to be most effective in identifying and treating AUD,” said Cassie Boness, UNM research assistant professor.

The entire framework is laid out in their study, “The etiologic, theory-based, ontogenetic hierarchical framework of alcohol use disorder: a translational systematic review of reviews,” that was published last October in the Psychological Bulletin.

Boness is one of UNM’s researchers recruited to participate in the UNM Grand Challenges, focusing on sustainable water resources, successful aging and substance use disorders.

Boness is also a former graduate student at MU in the Department of Psychological Sciences. Throughout her career, she has been interested in the causes, diagnosis, and assessment of substance use disorders, including AUD, a condition characterized by harmful alcohol use. For Boness, it’s personal — after seeing her loved ones stigmatized for their addiction to alcohol, and then watching them struggle to get connected with treatment, she wanted to help reduce the amount of suffering people may experience with AUD.

While there are assessment tools that help can help health care professionals diagnose someone with AUD, Boness believes the current methods are too narrowly focused on the consequences of someone’s actions, rather than incorporating a broad list of potential risk factors that may lead to an AUD diagnosis.

Boness said she hopes their framework can be a step forward toward a comprehensive diagnosis of AUD throughout the health care community. However, she stresses that this tool is not meant to be the only solution, but rather a way for other researchers like her to build upon and enhance the existing research on the subject.

“Eventually, we’d like to see assessment tools that more comprehensively capture the factors articulated in our framework so that we can identify individual profiles of risk and potentially intervene during earlier stages of addiction,” Boness said.

An original copy of this release was published in the MU newsroom, Show Me Mizzou.