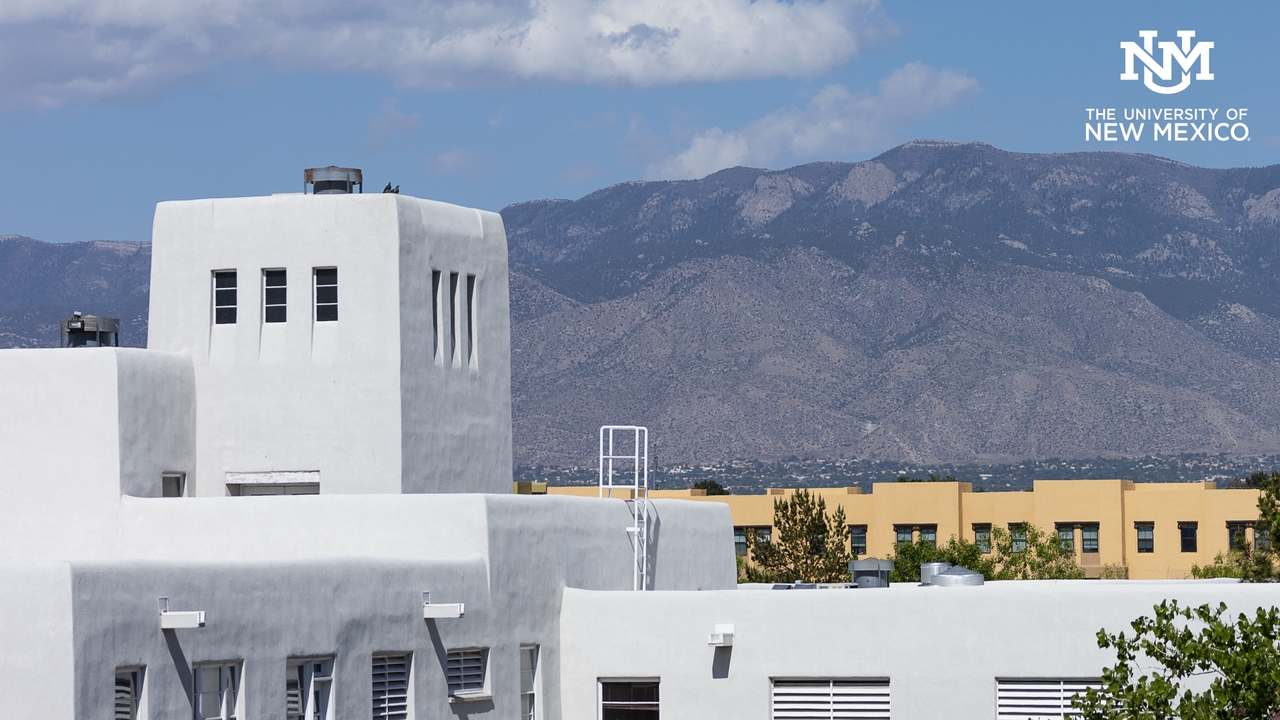 The report, “The Statewide Economic Impact of the University of New Mexico,” looked at four major components of UNM’s contributions to the New Mexico economy by analyzing university operations, student expenditures, alumni human capital, and technology transfer. These four components accounted for 40,153 jobs, $2.1 billion in annual labor income, and $5.2 billion in economic output.

Made possible by support from the Department of Commerce Economic Development Administration CARES Act Funding, the study was commissioned by UNM Rainforest Innovations (formerly known as STC.UNM), the University’s technology transfer and economic development organization. The report was prepared by Dr. Kelly O’Donnell, research professor at the UNM School of Public Administration and is an update of the 2017 Statewide Economic Impact of the University of New Mexico, which was released in May 2018.

“The Statewide Economic Impact of the University of New Mexico Report clearly shows that UNM is making a significant economic contribution to the state and is driving economic and social prosperity even during a global pandemic,” said UNM President Garnett S. Stokes. “UNM is one the state’s most valuable assets. New Mexico’s flagship university provides $5.2 billion in economic output, stimulating economic progress and prosperity for all New Mexicans. We truly are the University for New Mexico. And we’re very proud to be your flagship university.” 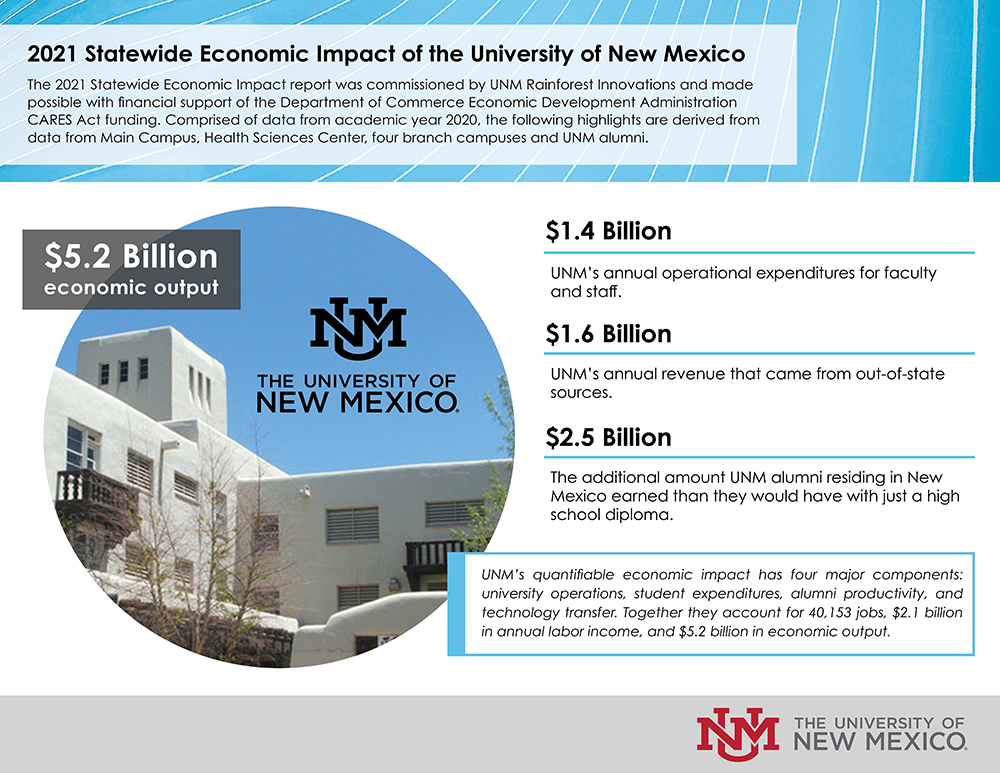 Lisa Kuuttila, CEO & Chief Economic Development Officer added, “In addition to university operations, student expenditures, and alumni human capital, UNM has also made great strides over the years to strengthen our economy by supporting entrepreneurship and innovation. We do this by supporting UNM researchers in commercializing inventions and fostering the creation of startups.”

The report used an input-output (I-O) analysis methodology, which is based on the theory that regional economies are composed of interconnected households, industries, and institutions. Each of these sectors purchases outputs and supplies inputs to the other sectors in an interdependent, complex system, or network. When there is a change in the network, for example in employment, income or productivity in one sector, other sectors connected to it will feel the impact.

The contributions that the university makes to New Mexico’s economy, including direct expenditures on goods, services, and payroll, enhanced workforce productivity, and technology transfer, makes UNM one of the state’s most valuable assets. While the report was able to capture UNM’s quantifiable contributions, it is not a comprehensive inventory of all the ways in which UNM impacts economic growth and prosperity.

Other university activities with economic effects were excluded from the study due to difficulty tracking and quantifying current data available. Some of these activities include tourism from attractions such as performances at Popejoy Hall, lectures, art exhibits, academic conferences, athletic events, and ceremonies such as graduation, homecoming and new student orientation. Community service is another university activity that adds tremendous value to the New Mexico economy, but because it encompasses such a broad array of initiatives, activities, and partnerships, there is not a consistent way to estimate its total impact.