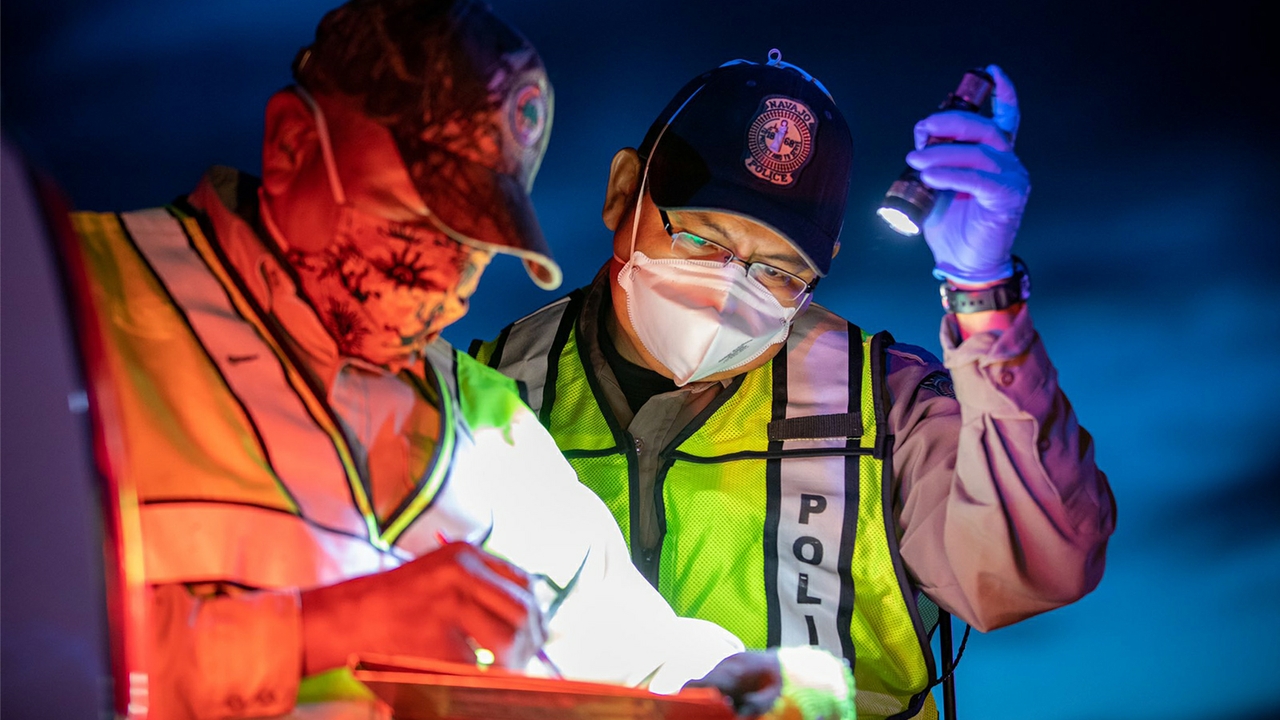 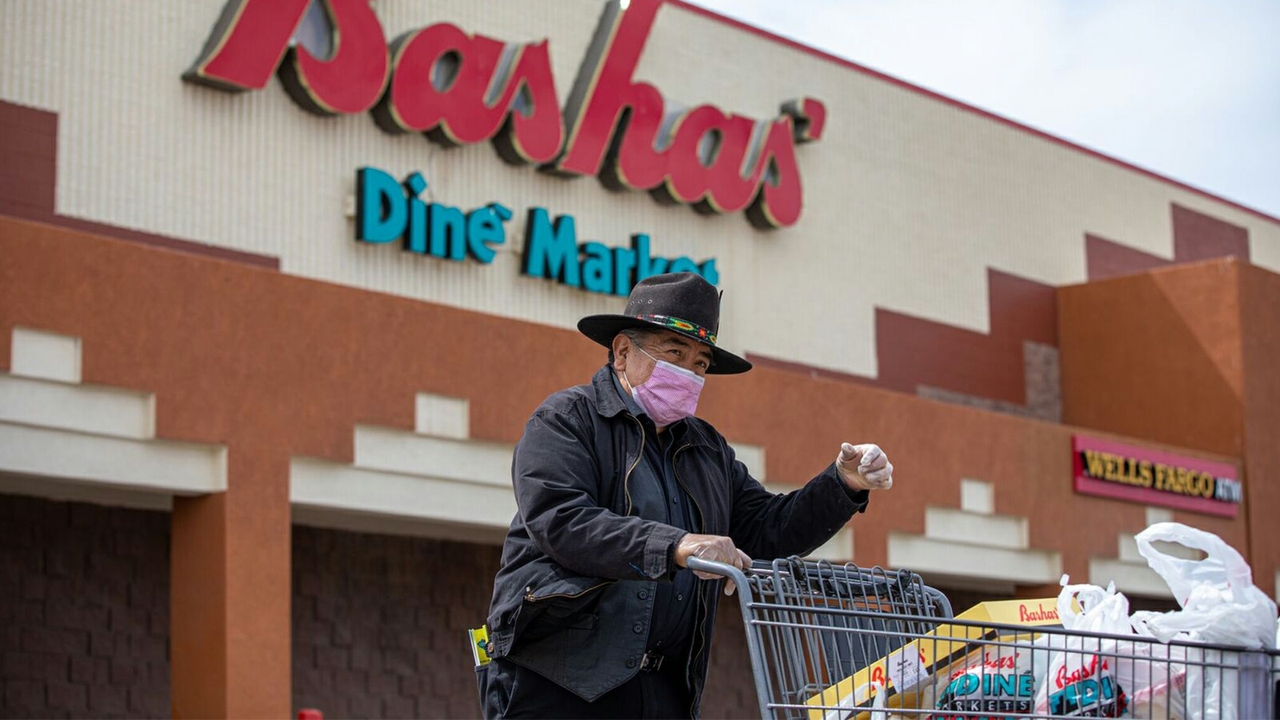 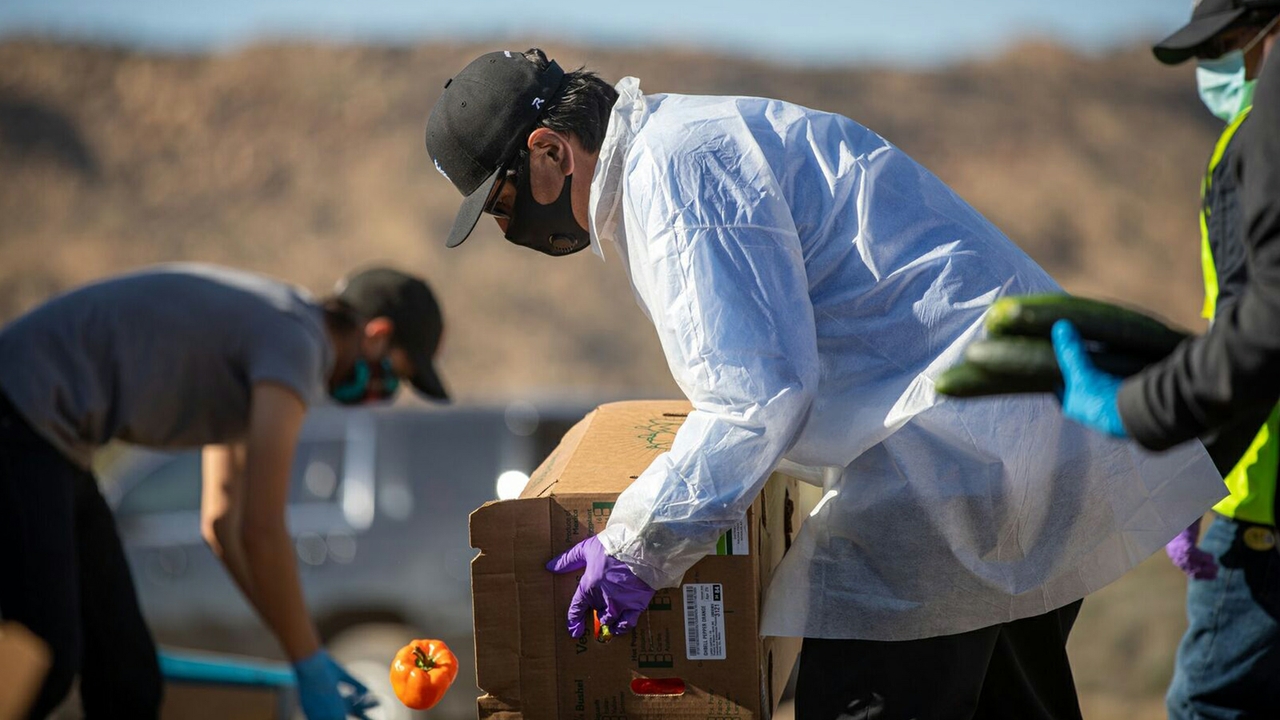 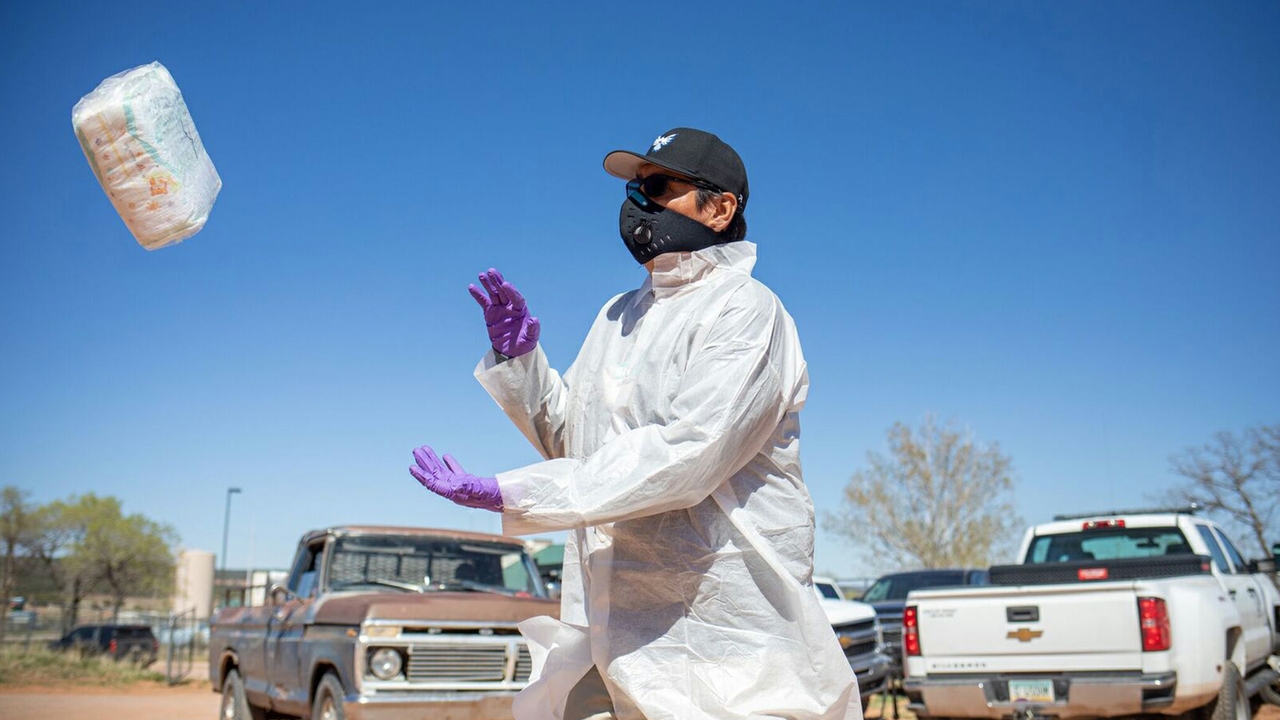 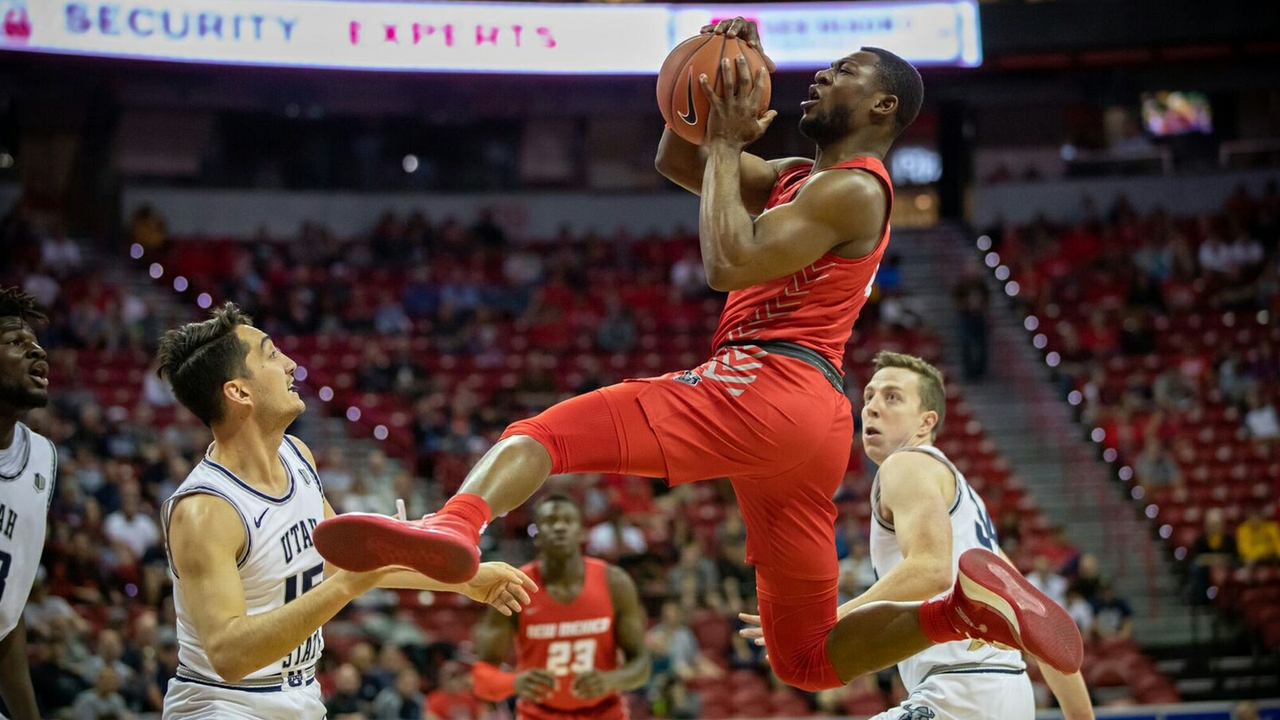 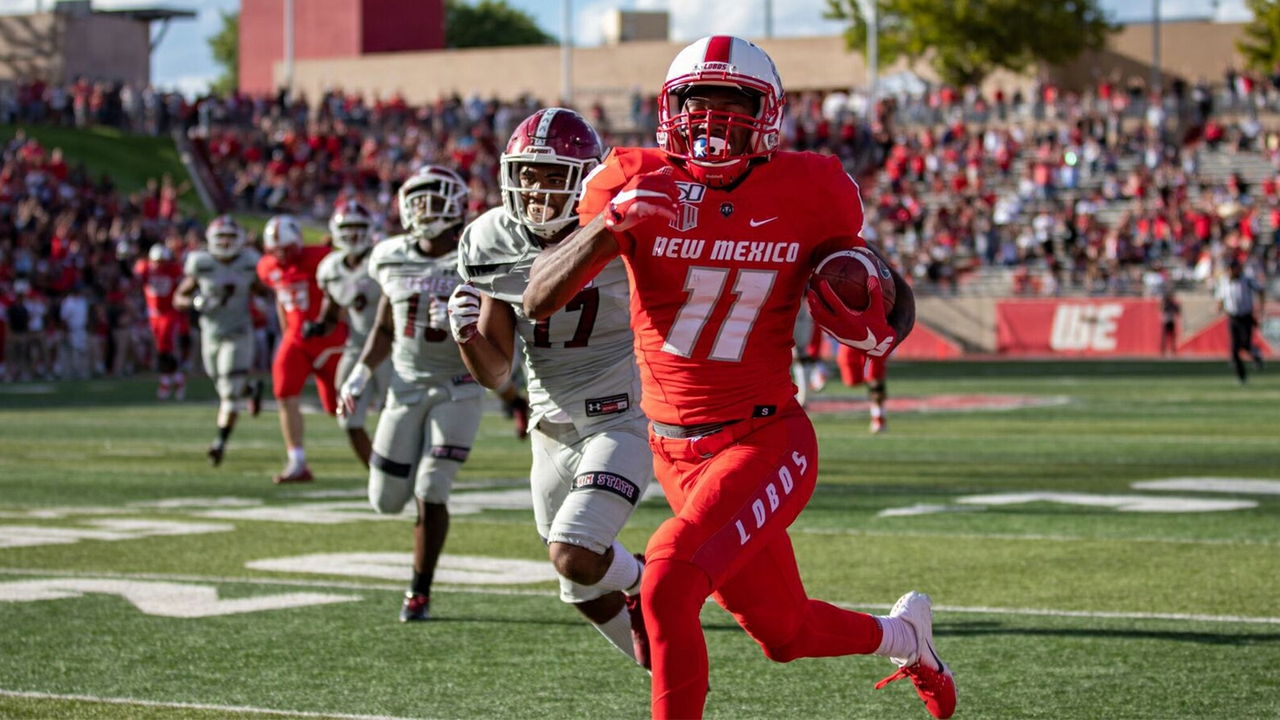 A sophomore going into her junior year at the University of New Mexico, Sharon Chischilly is a photojournalist at the Daily Lobo, UNM's student-run newspaper. A native of Manuelito, N.M., near the Arizona border, she is Navajo, born and raised on the Navajo Nation, an area that’s being hit hard by the COVID-19 pandemic.

In May, Chischilly got an opportunity many photography students would covet: a job shooting photos for a story in the Washington Post, a Pulitzer Prize-winning publication with over a million digital and print subscribers. It was also an opportunity to show the world how the pandemic is affecting the Navajo Nation. Since then, Chischilly’s photography career has skyrocketed. 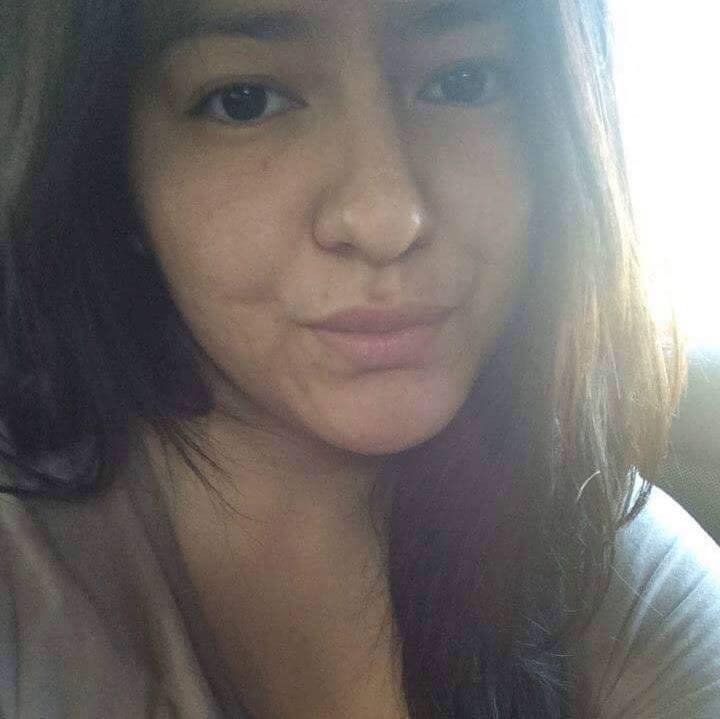 Chischilly has been taking photographs for the UNM Daily Lobo, marking her first anniversary there in May, and chronicling the pandemic on her own before that. She recently won the Mark Holm Daily Lobo Photojournalism Award for a picture taken during a Lobo basketball game and has covered the pandemic as a writer and photographer.

Her photography career started when she bought an old-school film camera a couple of years ago from a UNM-Gallup student taking a photography course.

“I wasn’t in college at the time. She quickly showed me the buttons on the camera and left. I was very excited to start shooting even though I didn’t know how to function it. I never picked up a camera in my life. I didn’t really have friends or family members who were interested in photography,” Chischilly recalled.

Two years later, she said she’s still learning. It was her nose for the news and passion for taking photographs that led her to the Washington Post job.

The Navajo Nation is currently being devastated by the COVID-19 pandemic. Its status as the area with the highest per-capita coronavirus infection rate in the U.S.  ̶  surpassing even the hard-hit state of New York  ̶  has put the Navajo Nation in the news.

The pandemic has hit close to home for Chischilly, who moved back to the reservation from UNM when the shutdown happened.

“The cases and deaths related to COVID-19 continues to climb on the Navajo Nation. I found out my aunt was tested positive before the assignment. My boyfriend’s coworker was tested positive. It’s hard to see my people suffering, but still go out and photograph it,” she said in her Twitter feed. Her cousin died from COVID-19. Her father was recently tested and fortunately, results were negative.

“I can feel it closing in on me everyday and I’m afraid I’m going to get it… But I know we can beat this. I’m praying for my people. Please stay home and stay safe.”

Many of the Navajo families live in remote rural areas with no running water, electricity, wi-fi, and the closest healthcare facilities are not equipped to deal with the onslaught of sick people.

On May 5, Navajo Nation President Jonathan Nez and his team were delivering food, water, and supplies to Navajo families in a remote area.

“I usually like to go out and photograph events around my community. I went to the event at Crystal Chapter House. When I arrived, I noticed Navajo Nation president Jonathan Nez talking to a reporter. I overheard the reporter introducing himself to the president and mentioned he was from The Washington Post. I was excited to see a reporter from the WaPo there. I was thinking, ‘Wow! A reporter from The Washington Post is here.’”

“Sharon was the only person there snapping photos. It felt like a story that really needed visuals to capture the beauty of the landscape and the desperation of the situation,” Klemko said, explaining how he met Chischilly. “Since I didn’t have a photographer assigned, I approached her. Sharon is a true pro. We worked for 15 hours that day and she was on her feet the entire time, searching for the perfect shot. It was fun to see her dedication.” He described the encounter in his Twitter feed.

“Throughout this country’s history, our marginalized, neglected, and forgotten minority groups have on occasion struggled to document their plight in meaningful ways, and often that work is left to legacy publications which have little motivation to do it well. To have Sharon’s photos help tell the story of her people in the Washington Post was meaningful to me and many of our readers who provided feedback after I shared her story.”

Besides getting her photos, Chischilly said she took away some practical skills from the shoot.

Seeing her photos in a national publication was a dream come true, she said, and she got a lot of congratulations from family, friends, and UNM colleagues.

“I read the article and looked at the photographs like 20 times that day. I was still shocked my photographs made it in a national publication. I also started sharing the article with my photographs on all my social media including Twitter and Instagram. It was a great feeling.”

Chischilly is now in isolation at home on the Navajo Nation but preparing to return to UNM and her new gig as Daily Lobo photography editor.

“I spend most of my time doing schoolwork for my classes and editing photographs. I go out and document the crisis on the reservation when I have the chance and if there’s an event happening. I’ve written and photographed two articles about the COVID-19 and the Navajo Nation for the Daily Lobo.”

“Sharon is an incredibly dedicated and naturally talented photojournalist. With every assignment, she manages to capture a moment in time with both beauty and truth," said Daily Lobo editor-in-chief Alyssa Martinez. "I'm exceptionally proud of her for her recent accomplishments and am thrilled that she's receiving national recognition for her talent that we at the Daily Lobo have known about all along. I am so grateful to have picked such a passionate and skilled person for the photo editor position at the Daily Lobo, and I cannot wait to see her career as a photojournalist ascend.”

“Sharon has been out photographing in the Navajo Nation rain or shine, regardless of whether we had an assignment for her or not. She's a photojournalist in the truest sense of the word, always documenting important events in her community out of a sense of duty," added Daily Lobo multimedia and web editor Alex McCausland. "There aren't many student journalists who have the same level of drive and commitment that she does, and her gaining recognition by The Washington Post is just par for the course. I'm so proud of her accomplishment, and I'm greatly looking forward to the work we'll do together as editors next semester."

Chischilly is looking forward to the future.

“I never thought I was good enough which is why I don’t really share my work on social media. I never thought my photographs would make it on a national publication. I always thought how amazing it would be to travel and photograph new places, cultures, and people. The Washington Post assignment gave me more confidence in myself.”

Her photos are now featured on Getty Images, on Instagram, High Country News, New York Times, and Wall Street Journal. She has a summer internship at the Navajo Times. Chischilly tweeted that as she took photos for the Daily Lobo during recent protests in Albuquerque, she and colleague Liam DeBonis were tear-gassed.

Chischilly continues to document the Navajo Nation’s pandemic on Twitter.

“I can feel it closing in on me every day and I’m afraid I’m going to get it… But I know we can beat this. I’m praying for my people. Please stay home and stay safe.”