UNM Newsroom / News / The beauty created by the ‘Destroyer of Worlds’ 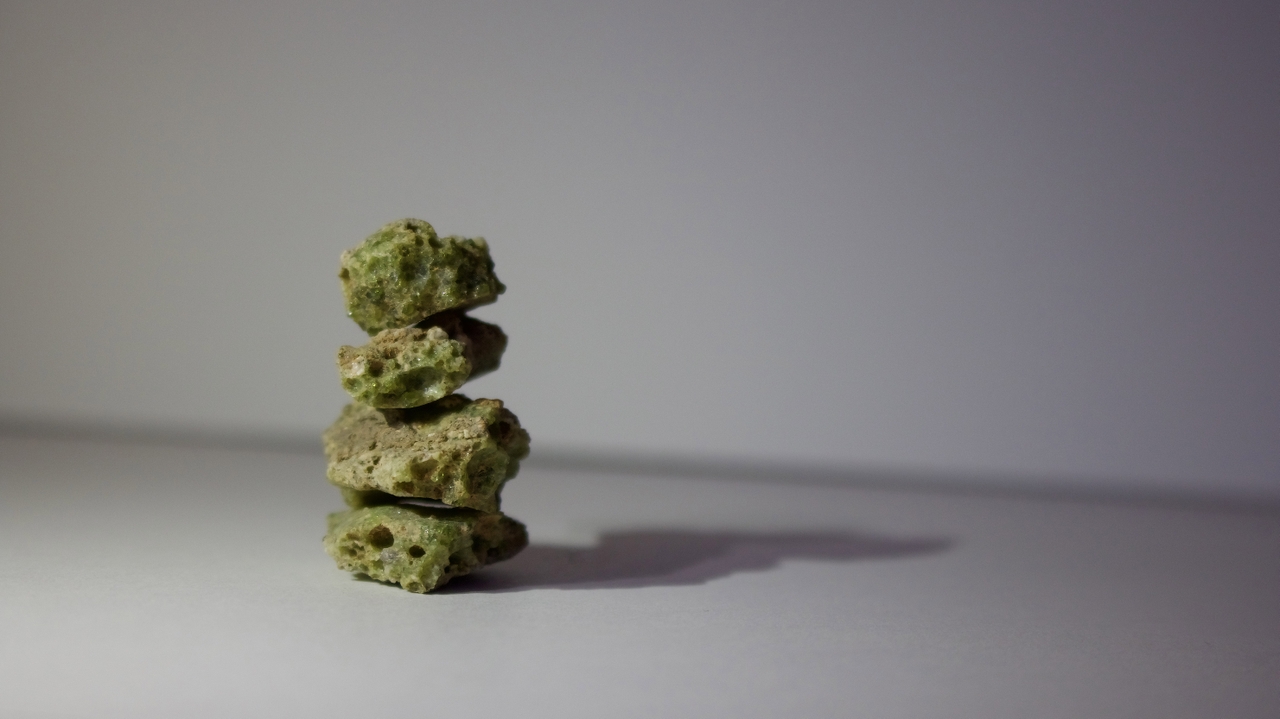 Typically a light green, shimmery stone. It is mildly radioactive, but safe to handle. 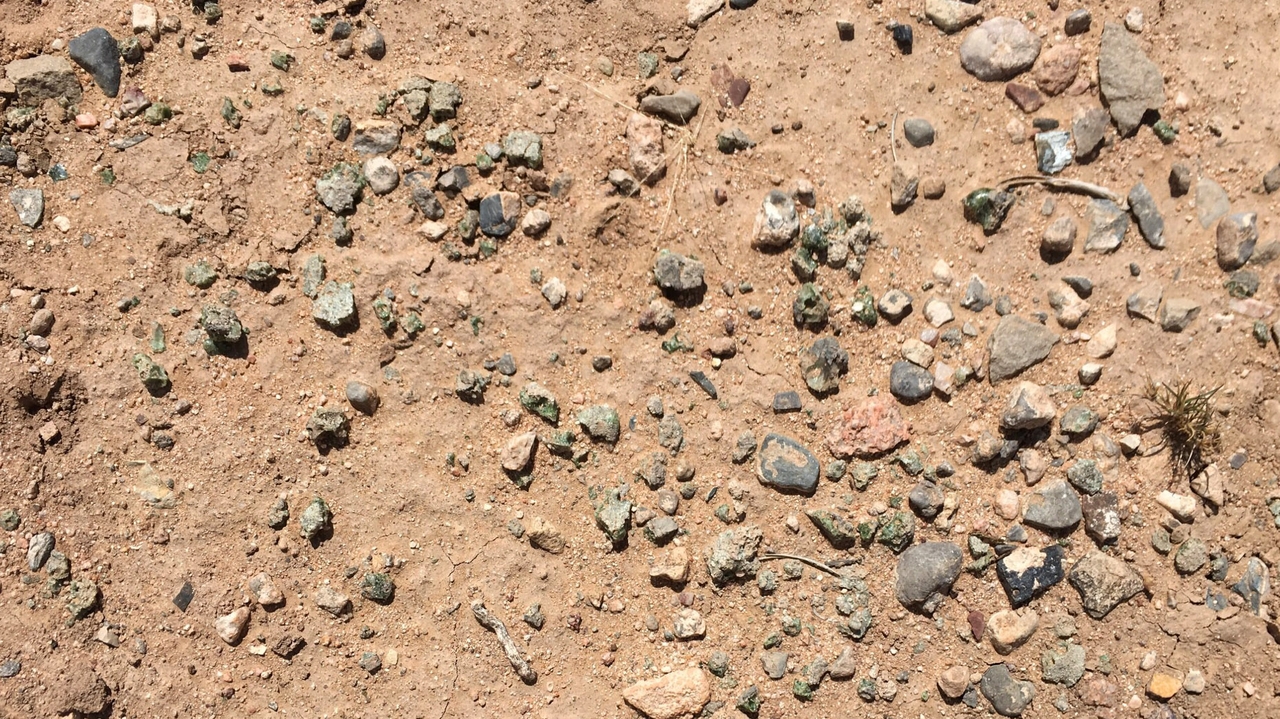 Trinitite can still be found in southern N.M. dotting the desert landscape outside of Alamogordo. 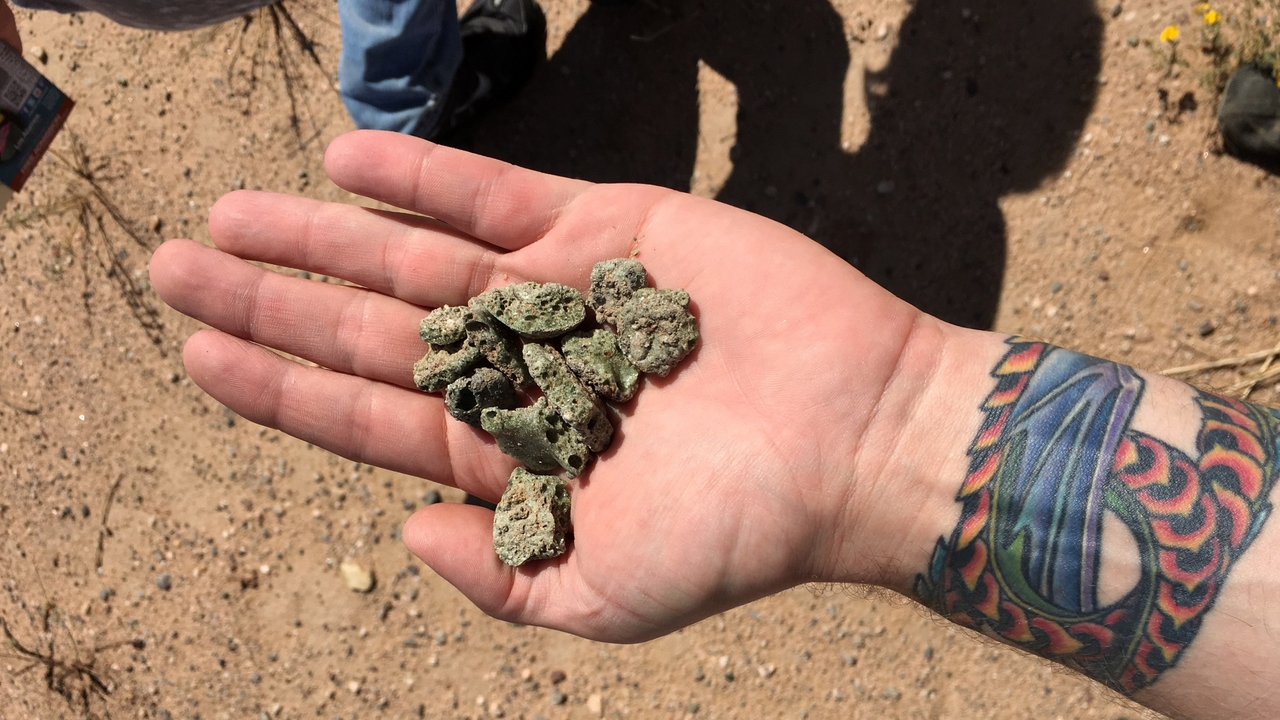 From the Trinity Site. 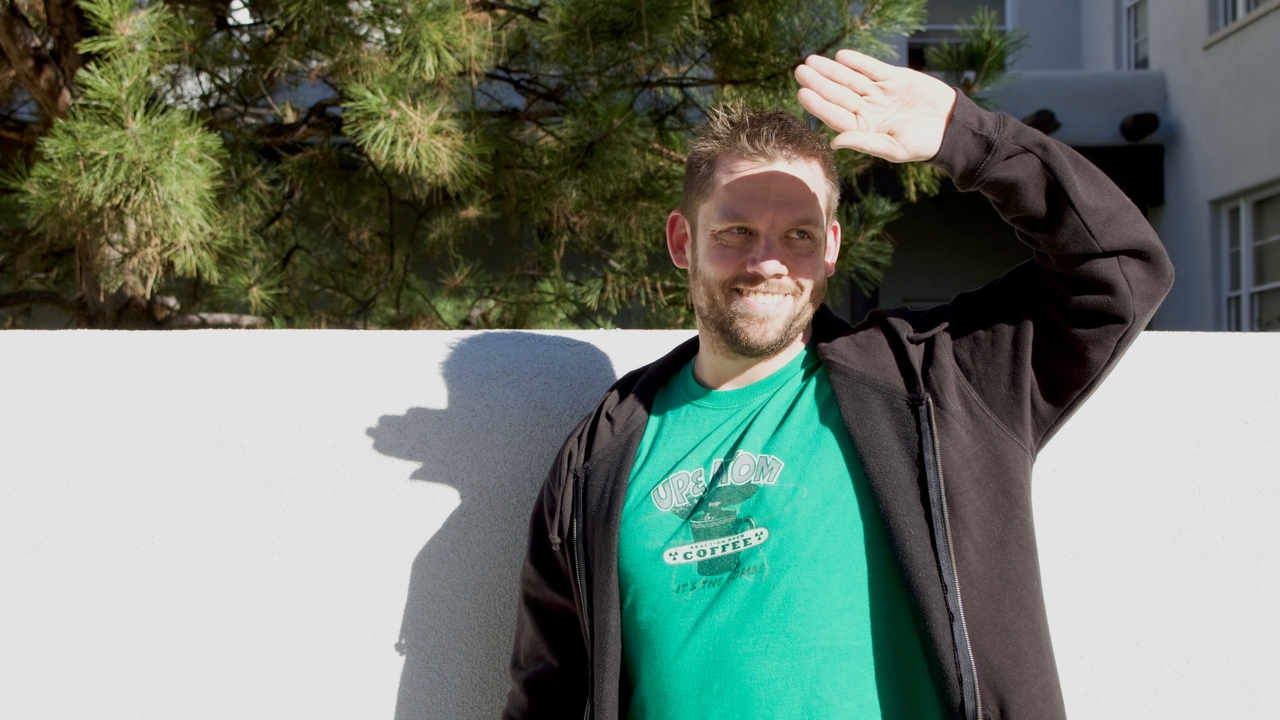 Has a blog where he shares his research: Deus Ex Atomica: Anthropology and The Bomb.

The beauty created by the ‘Destroyer of Worlds’

Martin Pfeiffer, or Marty as he prefers to be called, knows his way around our state’s nuclear fallout site—he’s dug through the debris left behind in this remote part of the desert. You could call him curious, but the fact is, as Ph.D. student in Anthropology at The University of New Mexico, Pfeiffer is more curious about the people, who are curious about the gems found in the scorched earth.

Part of the heritage Pfeiffer is speaking of is the physical legacy of atomic bombs. A jewel-like mineral Trinitite, was created from the first detonation in the 1940s.

“It’s basically radioactive fallout that we gave a pretty name to. Literally,” says Pfeiffer. “It’s sand that was sucked up into the mushroom cloud or into the fireball, melted and rained down as glass mixed with weapon debris.”

As a result of the plutonium-based nuclear bomb test at the Trinity Site outside Alamogordo, N.M. in the 1945, a large depression was formed. Bits and chunks of Trinitite were scattered in the depression. Some of the stone was removed before most of it was bulldozed and buried by the United States Atomic Energy Commission in 1953. The stone was sold to mineral collectors as a novelty.

Trinitite, usually a lightshade of green, is quite complex in its make-up and is still radioactive.  Similar minerals, still referred to as Trinitite, have been produced at other nuclear test sites. The color of the stone is based on soil chemistry: Black Trinitite is caused by iron from a shot tower. Red Trinitite is made from copper wire from diagnostic equipment.

“One of the things that has really fascinated me, is how Trinitite, as radioactive fallout, got picked up and mobilized for a variety of purposes,” said Pfeiffer. “On one hand it’s radioactive fallout, and on the other it a popular souvenir where it occupies a space as a remnant of history. They even had an actress wear jewelry made of Trinitite to dispel claims of lingering radiation injury to the Japanese.”

It is illegal now to take Trinitite from nuclear test sites. Which could account for one possible reason why people are buying it online or in gift shops. A small stone, roughly the size of a dime, is going for $35 on Amazon. Other collectors have the stones priced higher depending on their color and composition.

There are also multiple websites dedicated to helping collectors determine the authenticity of the stones they purchase.

“I’ve seen multiple artifacts circulated from nuclear sites,” said Pfeiffer. “It’s not the economic circulation, but the social circulation that fascinates me. People are so curious about Trinitite. Some people physically recoil when they are told what it is.”

“The fascinating part of it is, that people aren’t reacting to the property inherent to Trinitite itself, but they are clearly engaging with it through their cultural, social and inerrant belief experiences.”

Pfeiffer’s anthropological work is focused on ethnology—the study of the characteristics of various peoples and the differences and relationships between them. By studying the behaviors of people, he hopes to be able to engage in more productive conversations about nuclear deterrents, a conversation he has had more regularly with the current state of relations with North Korea.

“I’ve had more conversations lately about what the process is for the U.S. using nuclear weapons. Certainly people are re-experiencing or coming to experience a heightened or more intense sense of nuclear arrest,” he said. “One of my hopes is that by examining how we are constructing beliefs and values about nuclear weapons, I can help to identify points that help us alter the process or understand it better.”

Almost 75-years later, intrigue still drives a demand for Trinitite. But Pfeiffer has high-hopes for what it stands for.

“Anthropology is a very optimistic discipline—the whole cultural determinism thing,” he said. “You can look at things that Trinitite represents, and know it doesn’t have to be this way and here’s how we can do it differently.”