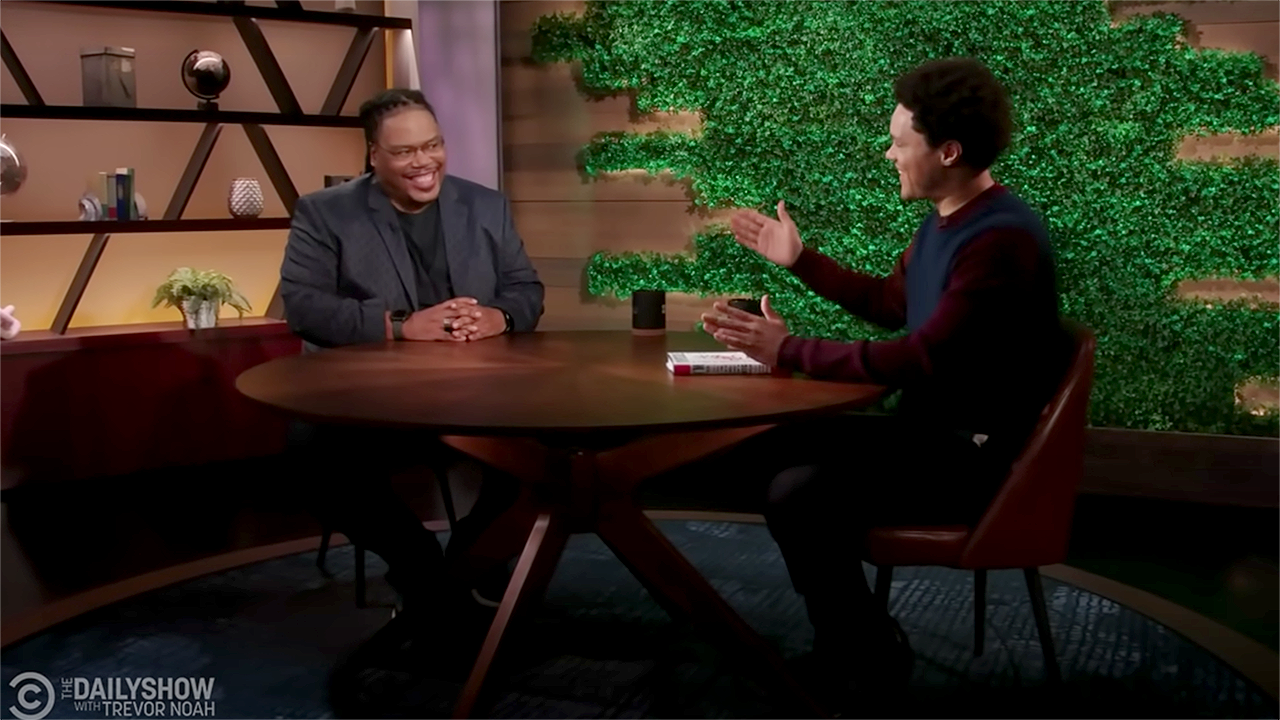 He’s lived on the streets of Baltimore, performed all over the world, taught in the halls of The University of New Mexico, and now he’s on The Daily Show with Trevor Noah. UNM Music Professor, Dr. Richard White (R.A.W. Tuba) continues to reach new audiences after being interviewed by Noah on The Daily Show for the release of his new book ‘I’m Possible.’

Emmy and Peabody award-winning The Daily Show is a late-night series that covers major headlines of the day with a reality-based lens on Comedy Central. The Daily Show first aired in 1996 with host Craig Kilborn and has now been hosted by Trevor Noah since 2015.

Trevor Noah is a famous South African comedian and political commentator who started his career in 2002. Since having Noah, The Daily Show has gone on to be the most engaging late-night talk shows with viewers across the world tuning in from different platforms.

Noah opened the interview by saying, “This is one of the strangest stories of overcoming that I have ever read—in a really beautiful way.”

During the interview, the pair discuss White’s childhood and how he was able to overcome his trials and tribulations. White credits some of his triumphs to different methods, one being the use of his imagination to get through cold and hunger-filled nights.

In his adulthood, White believes everyone wants the three C’s in life: a choice, a chance, and change.

“I was given a chance to make the right choices to see the kind of change that would better my life.”

White certainly did better with his life. Not only has he overcame poverty and homelessness, played all over four of the seven continents, and gone on to inspire people across the world, but he is now a full professor at The University of New Mexico and the principal tubist for the New Mexico Philharmonic.

Dr. Richard White writes even more about his life challenges and triumphs in his new autobiography, ‘I’m Possible,’ available now.