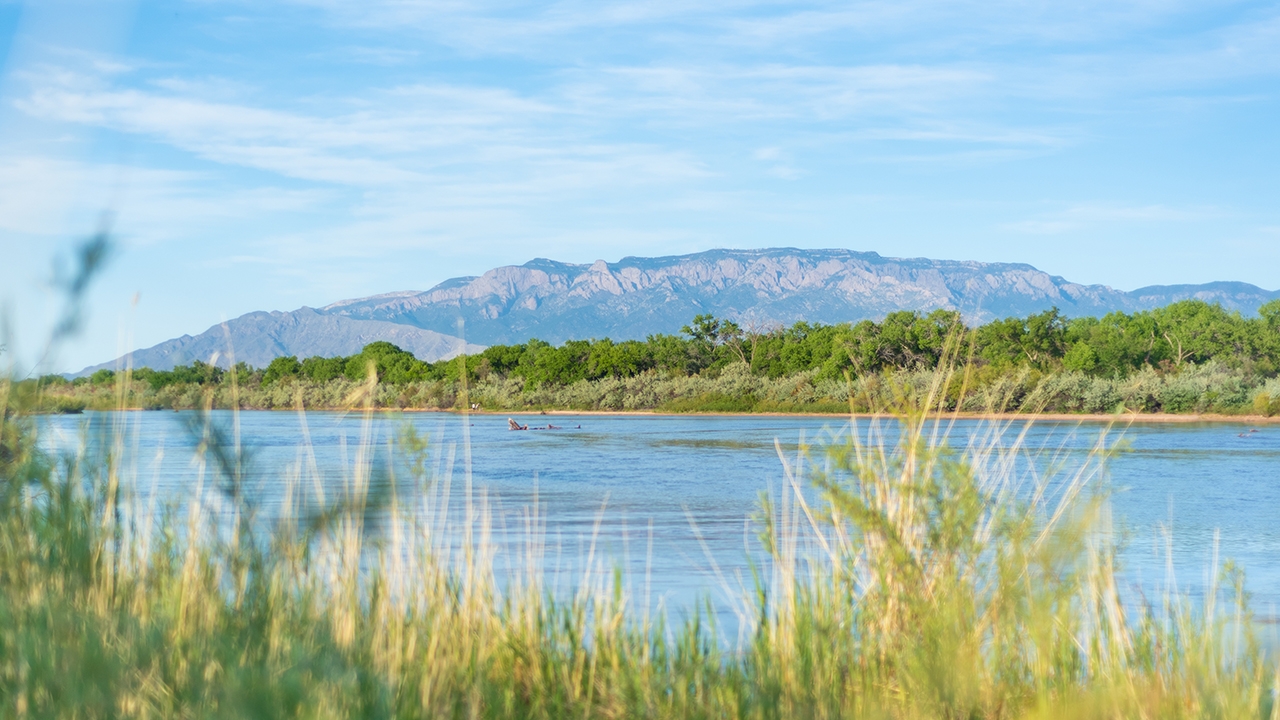 Founded in 1889, the University of New Mexico sits on the traditional homelands of the Pueblo of Sandia. The original peoples of New Mexico Pueblo, Navajo, and Apache since time immemorial, have deep connections to the land and have made significant contributions to the broader community statewide. We honor the land itself and those who remain stewards of this land throughout the generations and also acknowledge our committed relationship to Indigenous peoples. We gratefully recognize our history. 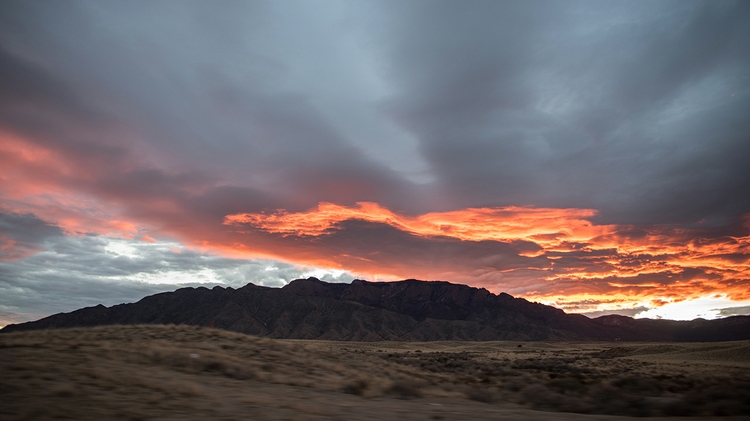 A sunrise over the Sandia Mountains paints a colorful picture over the land Native Americans have called home for thousands of years.

With history in place and research illustrating more and more evidence of the past, it’s important to note and acknowledge the land on which we live, work and play. New Mexico has always had a vibrant and highly-visible Native American population. Nowadays, nearly 10.5 percent of the state's entire population, representing 23 federally recognized Native Nations, are located in New Mexico including 19 Pueblos, three Apache nations and the Navajo Nation.

Throughout the decades, there has also been considerable movement into New Mexico from people representing other Native Nations across the United States. This movement, along with New Mexico-based Native peoples’ movement off their homelands is due in part to their need and desire for jobs and education. This movement has created significant urban and border town populations of Native Americans in New Mexico. Albuquerque alone has the seventh-largest urban Native population (approximately 30,000 people) in the country among places with more than 100,000 citizens, according to the 2010 U.S. census.

“It is vitally important that we acknowledge the land on which we sit and the historical stewards of the land. The work of equity and inclusion at UNM is steeped in appropriate research. It is an honor to benefit from the scholarship of faculty who developed the statement.” – Assata Zerai, vice president, Division of Equity and Inclusion

In acknowledging the land that was inhabited by Native people thousands and thousands of years ago, a discussion for creating an Indigenous Land and Territory Acknowledgment statement at The University of New Mexico began in spring 2018. Originally, the idea for such an acknowledgment was thought of in 2016 when a Native American faculty member made the suggestion to a group of Native American faculty who were in support of the idea which included policy to be embedded and practiced at UNM. A group of interested faculty began drafting a white paper that would then delineate a land acknowledgment statement. The hope was that UNM’s upper administration would support the statement and in turn, would begin to center on an Indigenous perspective and voice.

“The proposal for a land acknowledgment statement stemmed from the need to have one for the institution as it currently did not have a formal one in place to use,” said Robin Minthorn, a former UNM associate professor in Educational Leadership and Native American Studies now at the University of Washington Tacoma, who co-authored the statement. “It also coincided nicely with the list of demands that Kiva Club had put in place for UNM to address. I sent a request to Native faculty to join a workgroup to work on this. When we met (those who were able to be there), we had a discussion about it and shared the workload of what is currently there in the white paper. This was then shared with the UNM Diversity Council where we started also using the recommended language in the white paper at our meetings.”

The process moved slowly with the administration. There wasn’t any resistance to the statement, just no response. Pam Agoyo, director of American Indian Student Services and special assistant to the President on Indian Affairs, helped to make sure new UNM President Garnett S. Stokes gave it some attention. The first time the President publicly used the statement was at the December 2018 graduation commencement ceremony.

“It was a different statement but a good acknowledgment,” said Tiffany Lee, chair and professor in the Department of Native American Studies. “Pam then asked the Native American Faculty Council to revisit it, and several of us did and revised the statement to what you see today. The purpose of the white paper was to explain the reasoning behind creating such a statement.”

Lee believes a Land Acknowledgment is an important awareness builder and a reminder to the UNM community and the community at large about the original Peoples of New Mexico, and whose land UNM is situated upon. “It can begin conversations about other important issues related to Indigenous peoples, students, staff and faculty at UNM,” she said. “We hope the UNM community will embrace the land acknowledgment to show appreciation and respect for New Mexico's Indigenous peoples and land.”

“I do hope it continues to evolve, get updated and include tribal nation representation and feedback,” added Minthorn. “Land acknowledgments are meant to be co-created and centered in action and reflection as well.”

“We’re very grateful that the Native American Faculty Council and Director of American Indian Student Services and Special Assistant to the President on Indian Affairs, Pam Agoyo, who took the lead in creating the official UNM land acknowledgment statement,” said Vice President for the Division of Equity and Inclusion Assata Zerai. “It is vitally important that we acknowledge the land on which we sit and the historical stewards of the land. The work of equity and inclusion at UNM is steeped in appropriate research. It is an honor to benefit from the scholarship of faculty who developed the statement.”