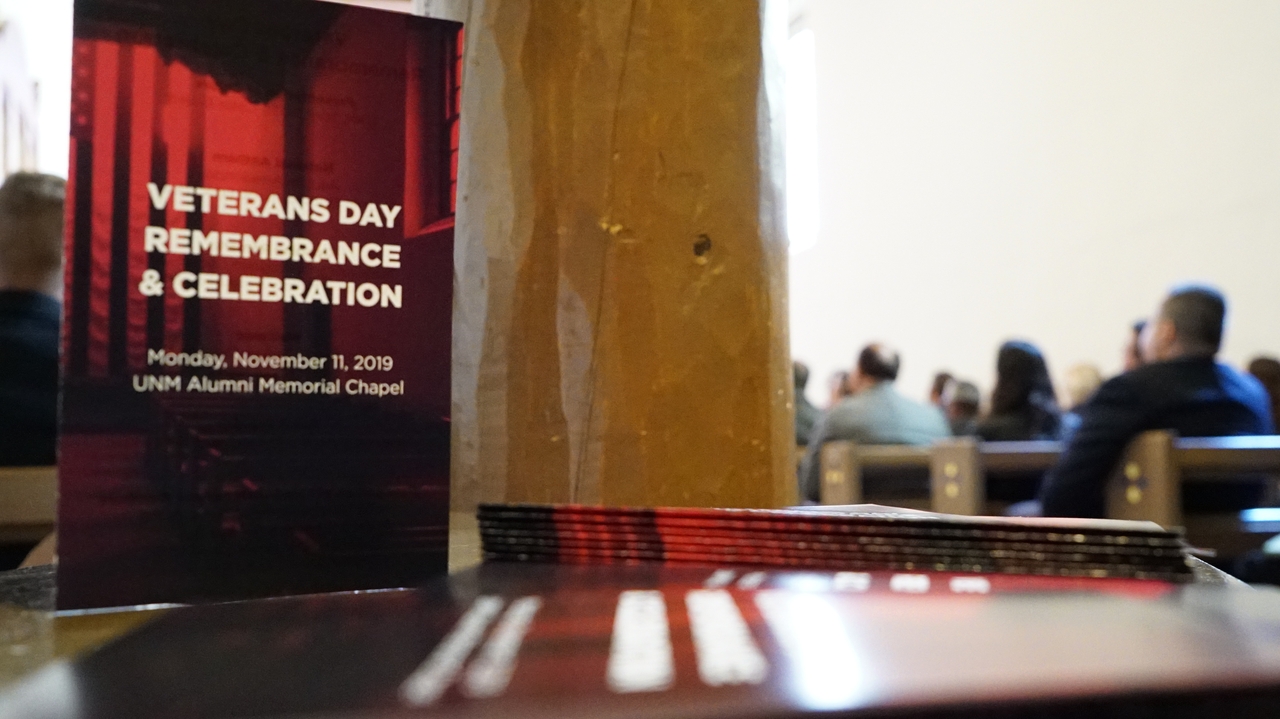 It’s a long-standing tradition that The University of New Mexico celebrates and honors its veterans, military service members and their families. 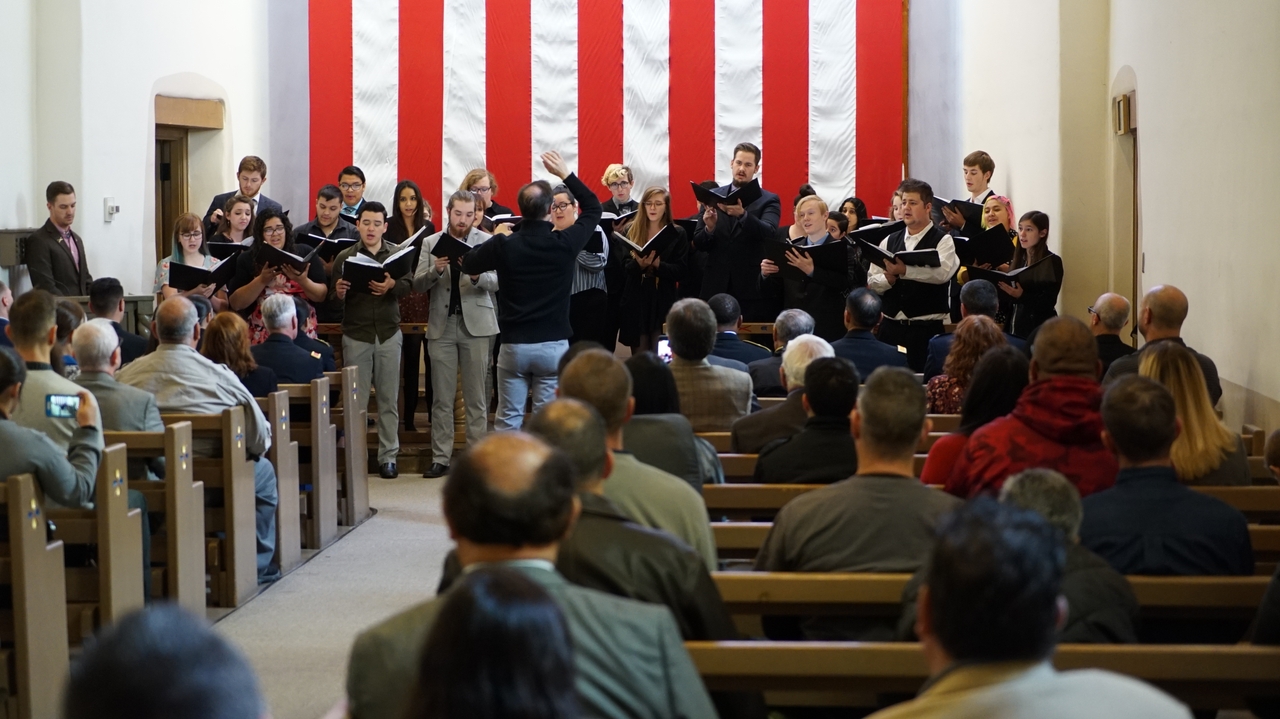 The ceremony concluded with a salute to the armed forces performed by the UNM Concert Choir. 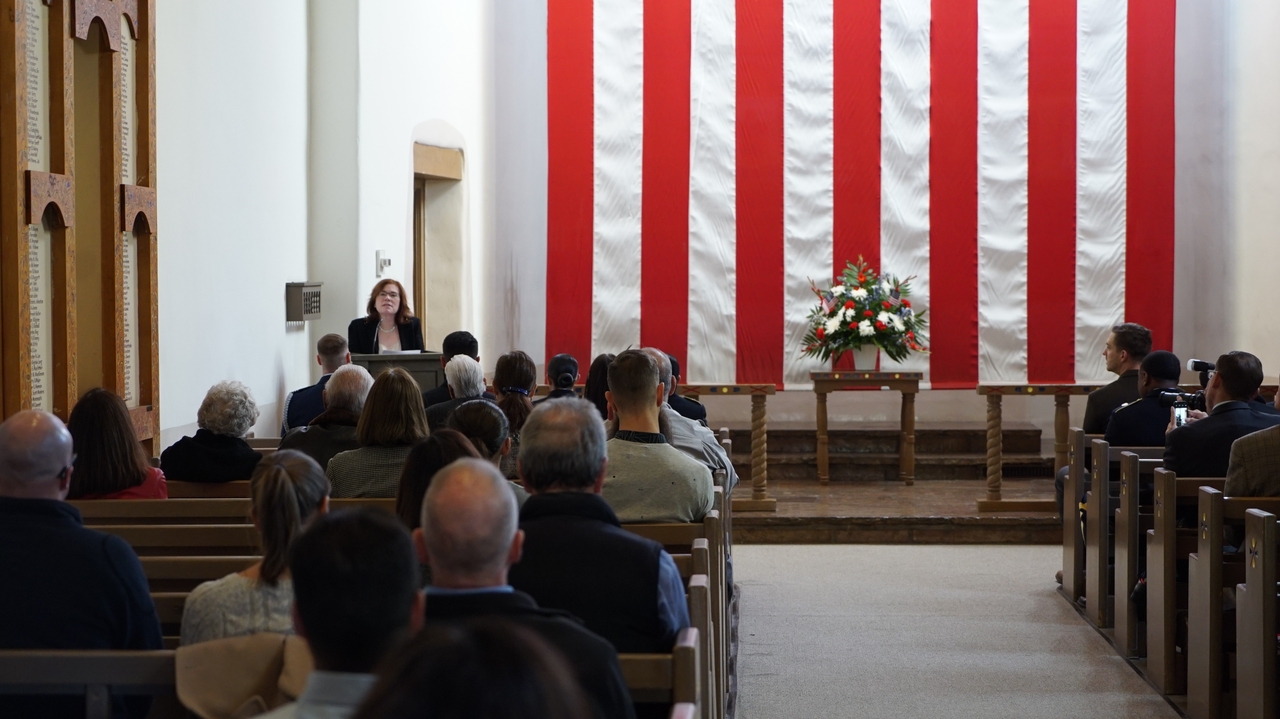 Veterans and their families were honored Monday during a Veterans Day Remembrance and Celebration ceremony inside The University of New Mexico Alumni Memorial Chapel.

Guest speaker and retired Lt. Col. Michael Tachias, who spent 34 years serving in the U.S. Army, told the crowd today, is about honor.

“It’s about honoring those men and women who served their country,” Tachias said. “These are the guys who ran with the torch. They carried the fight to the enemy and a lot of them didn’t make it back but for the ones who did, we’re carrying on those ideals of freedom, liberty and sacrifice.”

“It’s an emotional day to hear all those names,” Tachias said. “These are the guys who trained us and mentored us. It’s all about the brotherhood.”

Tachias comes from a family of those who’ve served their country. His grandfather served in the military during World War I. Tachias’ father is a Korean War Veteran and completed several tours in Vietnam.

“We were entrenched, that’s all we knew,” Tachias said. “It’s always tough for those types of families to go out into the civilian world. But my brother and I grew up as two soldiers and knew where we were going to go and it was an honor.”