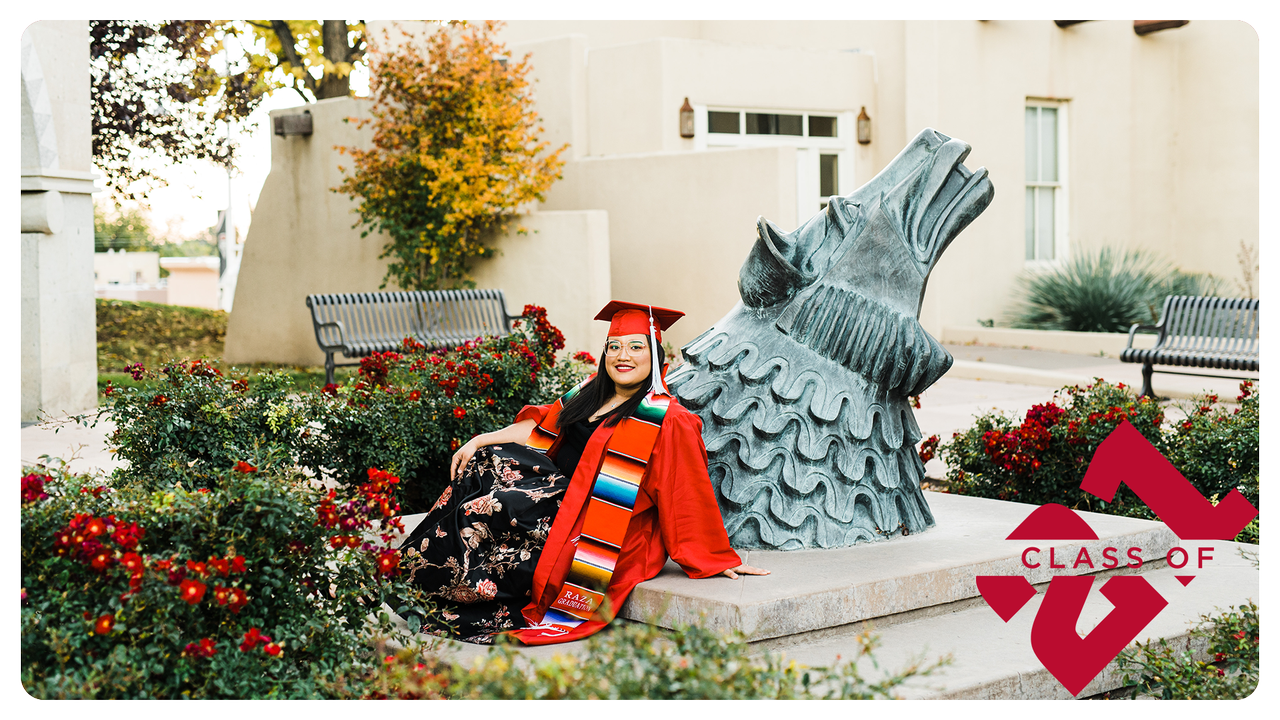 Herrera is graduating with bachelor’s degree in Family and Child Studies with a concentration Human Development and Family Relations, as well as a second degree in Spanish. 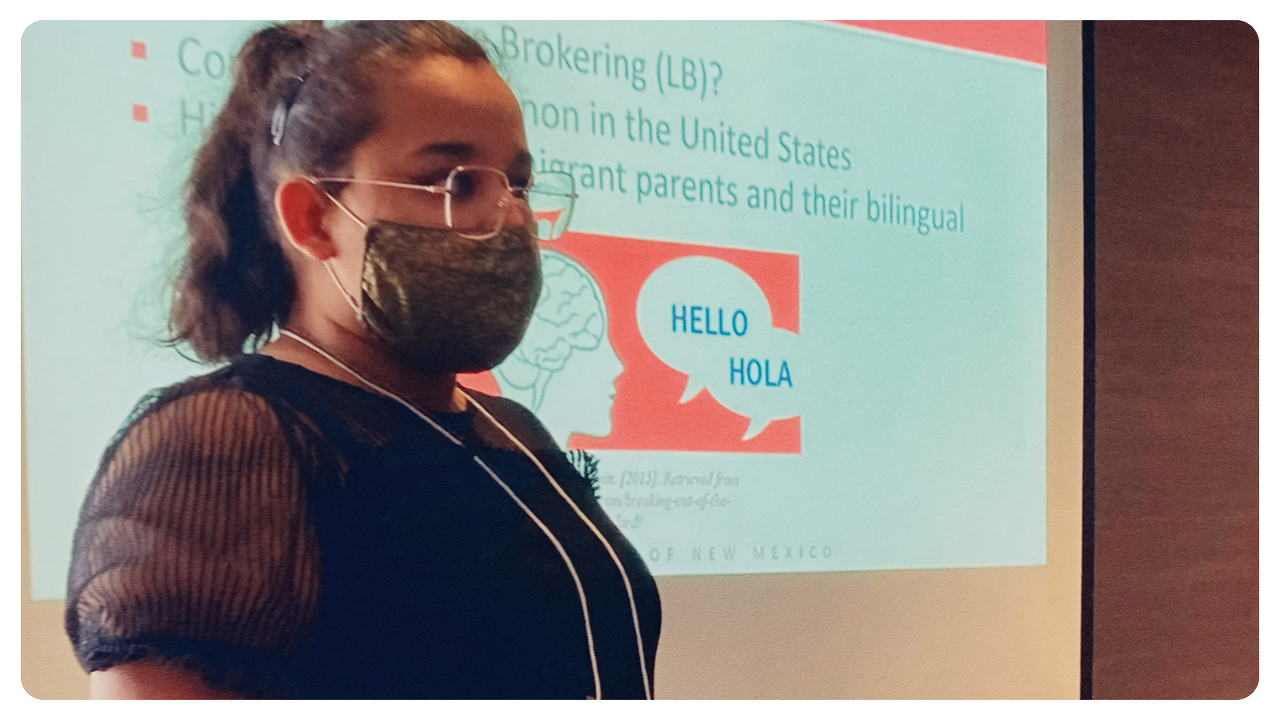 Participation in education is key

As an undergrad, Herrera participated in several research opportunities and plans to continue her educational career in graduate school. 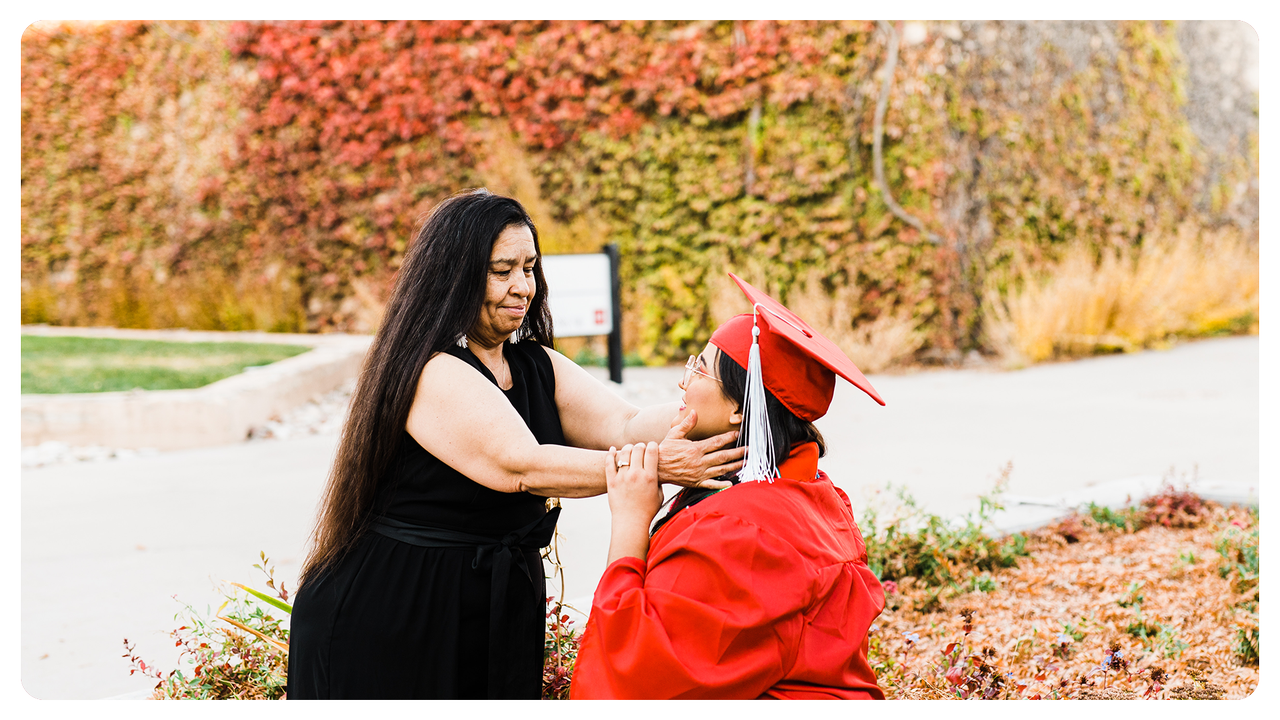 For the love of language...

and pride of family. 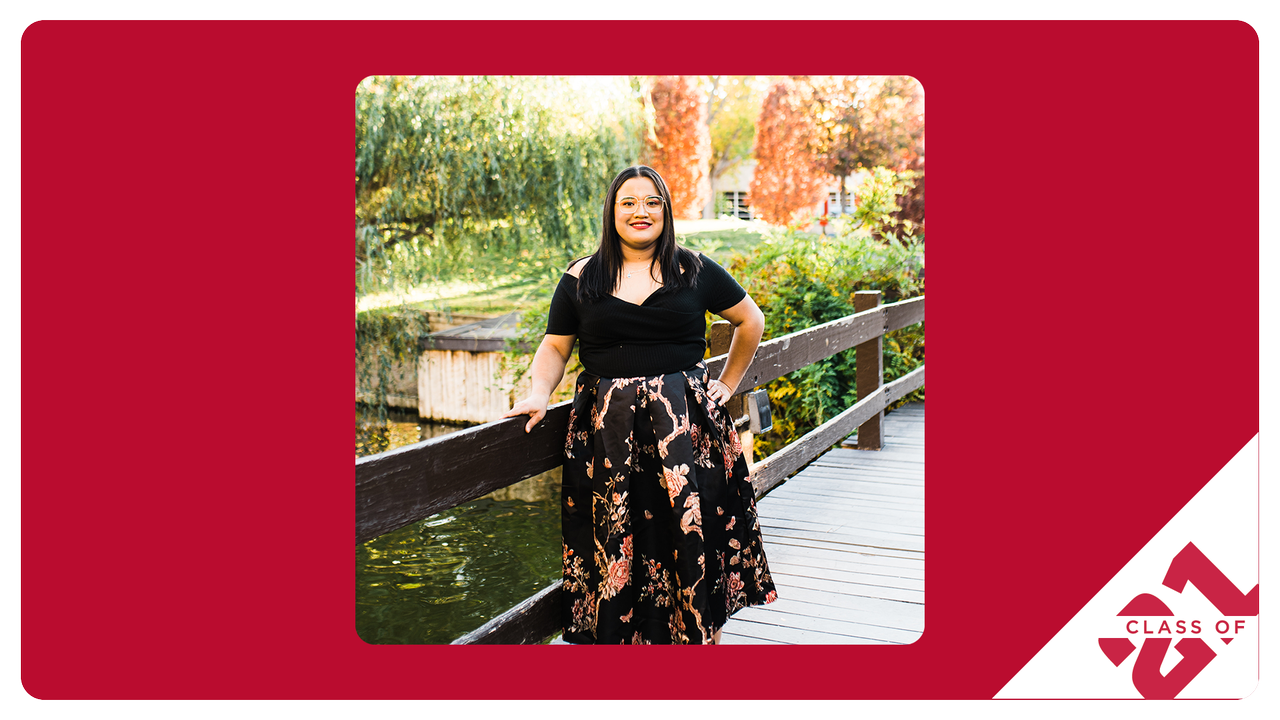 has set the path for her two younger siblings in hopes they too find passion in what they choose to study.

Translation of language leads UNM senior to path of self-discovery

Since a young age, Cinthia Herrera has recognized the impact of her words, but even more so the power of one’s language. Through experience, she’s come to learn its power to reveal heartache, build character and create opportunity.

“I think I have the unique opportunity, being one myself, of giving a voice to these kids who grow up translating for their parents.” - Cinthia Herrera, Class of 2021

The daughter of a Mexican immigrant and single mother of three, Herrera is an example how the power of language can be used to create opportunity to become a first-generation graduate, part of The University of New Mexico’s Class of 2021. Now, this Lobo is graduating with a bachelor’s degree in Family and Child Studies with a concentration on Human Development and Family Relations, as well as a second degree in Spanish; and she’s only getting started in her higher education journey. 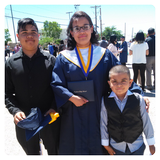 Herrera and her two younger brothers for her high school graduation.

“Being a first-generation graduate, I struggled a lot in the beginning of my college career. My only knowledge of navigating college was taking classes, but I didn’t have anyone to help me navigate everything I really had to do to succeed,” she explained.

On top of a full schedule and the pressure to find a career path that suited her interests, Herrera worked several part-time jobs as a restaurant hostess or a housekeeper, to scrounge up enough money to help her mother pay bills. Herrera admits, at times, she wanted to call it quits and jump straight into the job market.

“My grandma, who is like my second mother, didn’t let me quit,” Herrera said. “She told me she always envisioned me being the first in our family to graduate with a bachelor’s degree. So, she saw something in me that I didn’t even see in myself, at the time.”

As an undergrad – Herrera’s experience in research got off to a fast start – she’s dedicated time in investigating areas that have impacted her own life including, language acquisition and language brokering. Early in her college career, Herrera discovered the art behind language brokering – the process of translating and interpreting language at a young age for a parent/s or other adults who are less able to understand the dominant language. For Herrera, everything she was learning through language brokering research mimicked her childhood experiences as a child raised by a non-English speaking parent.

Language Acquisition: the process by which humans acquire the capacity to perceive and comprehend language, as well as to produce and use words and sentences to communicate.

Language Brokering: translating and interpreting language by a youth for their parents or other adults who are less able to understand the dominant language.

“I started translating for my mom at the age of eight,” she said. “Everywhere we went, school, doctor appointments or court, it was very stressful because I was still learning English myself, so I was translating the best I could to get the general idea.”

Language brokering, as a research field, is still in its infancy and there are still so many areas related to the topic that have yet to be explored. Herrera says she’s eager to one day provide answers for children who grow up just like her.

“Children don’t choose to be language brokers,” she said. “I think I have the unique opportunity, being one myself, of giving a voice to these kids who grow up translating for their parents.” 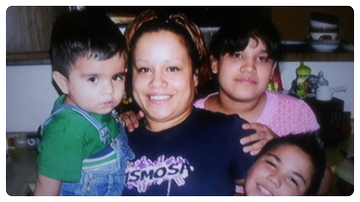 Herrera credits UNM’s El Centro de la Raza for sparking her interest in research. She was a 2020 UNM McNair Scholars & Research Opportunity Programs Scholar, where she conducted her own research related to language brokering. This year, Herrera also became a research assistant in a doctoral student dissertation project called Stress, Health & Culture among Latino Immigrants. She’s also in the midst of applying for graduate programs to continue her studies and research in child education – a journey she plans to continue as a ‘thank you’ to her mother.

“Growing up, I saw my mom, and she worked so hard,” she said. “I don’t give up easily and when I start something I’ll always see it through. I got that from my mom. Throughout my college career, she was always my motivation.”