Two University of New Mexico scientists who specialize in cutting-edge vaccine development have been named 2019 Fellows of the National Academy of Inventors (NAI), joining a cohort of 168 elite innovators from around the world selected for this honor.

Bryce Chackerian and David Peabody, both professors in UNM’s Department of Molecular Genetics & Microbiology, have worked together for more than a decade to create customized vaccines targeting a variety of diseases using virus-like particles (VLPs).

The pair was nominated for the honor by the STC.UNM board of directors. STC is UNM’s technology transfer and economic development organization. Both were previously recognized as 2017 STC.UNM Innovation Fellows for their work. 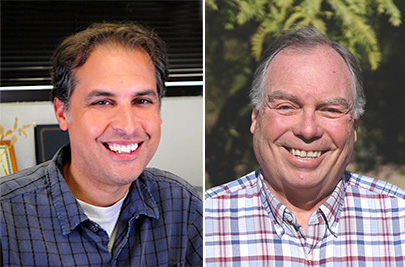 “Drs. Chackerian and Peabody are pioneering innovators in developing the next generation of vaccines for diverse infectious and non-infectious diseases,” said STC board chair Sandra Begay. “Their goal is to develop simple, effective vaccines that make an impact on human health worldwide. We are absolutely delighted that they have been chosen.”

STC CEO Lisa Kuuttila hailed Chackerian and Peabody for their productivity and creativity. “Their exceptional vaccine platform is a powerfully versatile tool for a truly wide spectrum of targets,” she said. “It is an enabling technology developed by outstanding inventors who are deserving of this high honor.”

Election to NAI Fellow status is distinction accorded to academic inventors who have demonstrated a spirit of innovation in creating or facilitating inventions that have made a tangible impact on quality of life, economic development and the welfare of society.

With the election of the 2019 class, which represents 135 research universities and governmental and non-profit research institutes, there are now 1,229 NAI Fellows. The 2019 Fellows are named inventors on nearly 3,500 issued U.S. patents, bringing the collective number of U.S. patents held by all NAI Fellows to more than 41,500. These have generated more than 11,000 licensed technologies and companies, and created more than 36 million jobs and $1.6 trillion in revenue from NAI Fellow inventions.

Chackerian, an expert in vaccine development, and Peabody, an expert in the structure and function of bacterial viruses, create VLPs from RNA bacteriophages (viruses that infect bacteria) to develop a unique vaccine platform technology.

VLPs can be produced at high yields, are very adaptable to protein engineering and are non-infectious. Chackerian and Peabody have perfected a method for attaching a portion of an antigen molecule to the surface of the VLP, which in turn triggers the body’s immune response. This results in high antibody levels that last longer than what is elicited by other vaccine technologies.

Chackerian and Peabody also co-founded AgilVax, a startup company that is licensing their VLP-based vaccine platform to develop antibody-based therapies to fight cancer. The company’s lead product, AX09, produces antibodies that inhibit the function of a protein that is over-expressed in metastatic breast, colorectal, lung, pancreatic and hepatocellular cancers, as well as glioblastoma. In preclinical breast cancer models, AX09 impaired tumor growth and reduced metastatic progression with no observed toxicity.

The two inventors are now pioneering the use of VLP technology to target self-antigens that are involved in chronic diseases. Chackerian has developed a vaccine targeting molecules that control cholesterol and triglyceride metabolism and is developing another that generates an immune response to opioid molecules that would block the drugs from reaching receptors in the brain.

Together, they are also developing a vaccine that would destroy the tau protein, implicated in Alzheimer’s disease and other neurological conditions. This class of vaccines could serve as a cost-effective alternative to monoclonal antibody therapies.

The 2019 Fellows will be inducted on April 10, 2020, at the Heard Museum in Phoenix, as part of the Ninth Annual Meeting of the National Academy of Inventors. See also the NAI press release and list of 2019 Fellows. 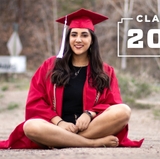