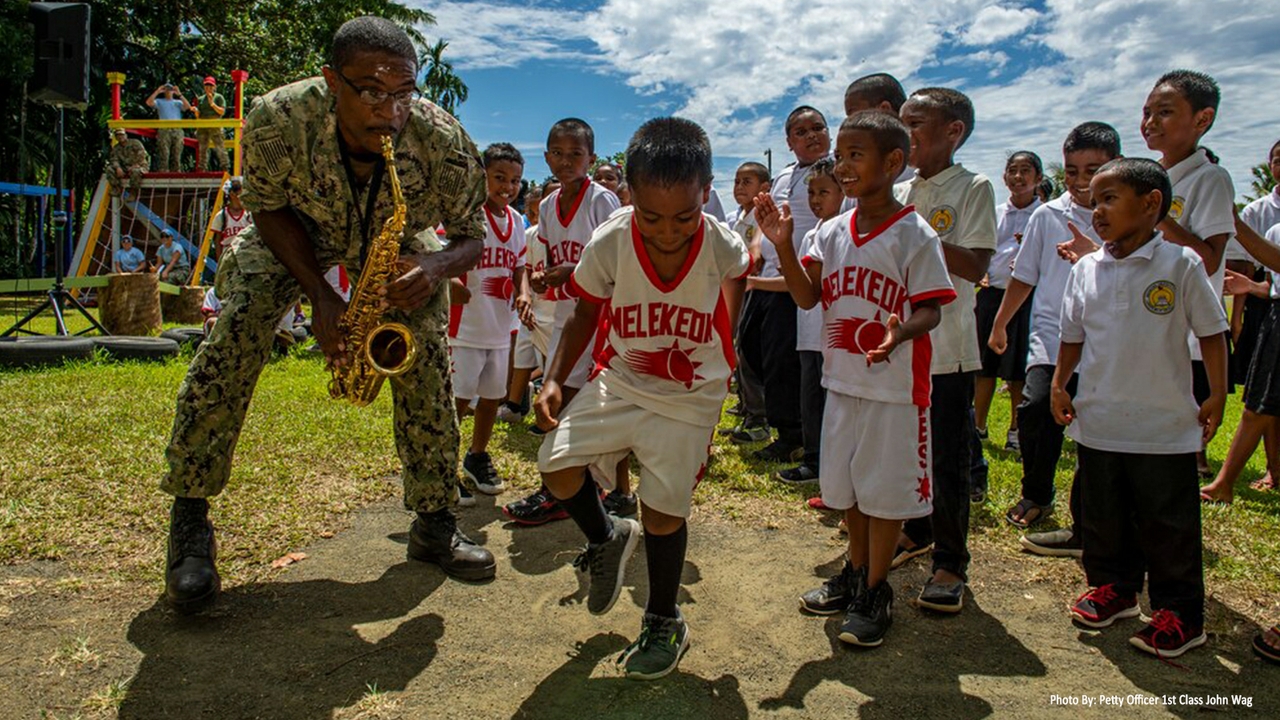 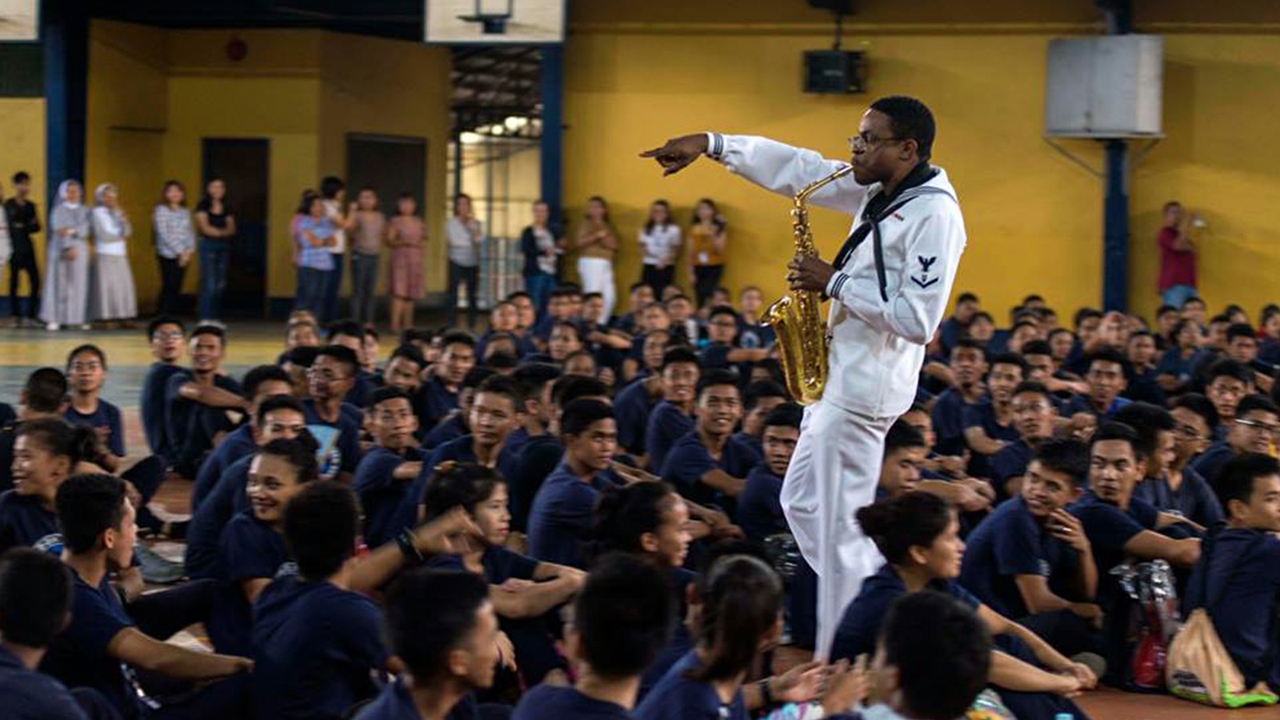 Jared Goodrum, a graduate of The University of New Mexico and Musician 3rd Class Petty Officer, takes the center spotlight playing saxophone in a new video released by the United States Navy. An Albuquerque native, Goodrum graduated in 2017 with his Bachelor of Arts degree in Music before joining the Navy to serve his country doing what he loves best, playing music.

“As soon as I started playing saxophone, my dream was always to become a professional saxophone player, travel the world and leave as much of a positive musical impact as I possibly could. The Navy was the best vehicle that allowed me to do that. And I am proud to say I’ve achieved that dream,” he said.

The video, a cover of Way Back Home by American jazz musician Wilton Felder, was made in Yokosuka, Japan, where Goodrum is currently stationed. It features Goodrum and his musical Navy cohorts in the U.S. 7th Fleet’s Orient Express band, which tours Asia to enhance relationships between the U.S. and other countries. The group often plays to children and school audiences, and Goodrum noted his favorite photo of himself performing is for a group of little boys dancing in red and white school uniforms in Palau. (See more videos on their Facebook page.)

Goodrum said the Way Back Home video was the brainchild of his Navy colleague, Musician 1st Class James Choate.

“He’s a trombone player here, but he orchestrated the whole thing and took a lot of chances in making this video happen,” he said.

The video starts out with Goodrum and his friend, Musician 3rd Class Seville Jenkins, in a car rocking out to the upbeat, jazzy tune. It segues into Goodrum wailing on the sax in a tunnel on base and next to railroad tracks before transitioning to the studio with the full band backing him on guitar, bass, trombone, keyboards and drums.

“I cannot take credit for the selection of the song. That was also James Choate’s idea. However, James and I worked together to make sure this song was what we wanted to do for Black History Month. James wanted to feature me in the video and I was honored to be as big of a part of it as I was,” Goodrum explained.

His job isn’t all music though. He has regular daily duties that have to be completed before he can play music.

“Making the video was fun and hard work,” he laughed. “It was definitely a lot of effort and extra hours put in to make sure this video was a little more special than other videos we’ve put out before. We wanted to make sure this video was different and a little more casual and relatable than our typical video.” The video was released during Black History Month in February to pay tribute to African American contributions to protecting the nation and enriching culture.

Goodrum follows in musical family footsteps. His father, Mark Goodrum, was the band director at Grant Middle School in Albuquerque for about 30 years before retiring in 2014. His great-grandfather had a Big Band back in the day called Goodrum and The Silver Kings that was based in Massachusetts.

“My dad was my first music teacher when I went through middle school. He was definitely my most influential and favorite teacher I’ve ever had. He inspired me to play the saxophone initially and he’s the reason I fell in love with music,” he remarked. Goodrum started playing saxophone in 16 years ago and plays the whole saxophone family  ̶  baritone, tenor and soprano sax  ̶  but mainly plays alto.

Goodrum’s wife Maggie, a 2018 UNM graduate with a Bachelor of Arts degree in Anthropology, is currently getting her Master’s degree in Marriage and Family Therapy. Goodrum is considering getting his Master’s degree in Guidance Counseling and possibly working in music therapy or in the car industry.

“I am definitely obsessed with cars,” he laughed. “Japan was actually a dream come true in itself because I’ve always been into Japanese cars, anime, food and the culture in general. I’m very much a fan of Toyota/Lexus, although I love learning and driving any car that I get the opportunity to have. One of my bucket list items is to become a better driver both on the street and the track. On the track I want to get a better sense of how to drive a car as fast as possible in a safe way. I would even go as far as to say that I love cars just as much as I love music.”

After three years in Japan, the Goodrums recently received orders to move to the Pacific Northwest to Naval Base Kitsap in Washington. “After that, I’ll probably be transitioning out of the Navy to pursue other goals I have in life. I’m definitely fulfilled in the work I’ve done in the Navy.”

Looking back at his time at UNM, Goodrum noted, “The UNM music department was very difficult to get through. More than anything else, it taught me how to persevere and have resilience when faced with huge obstacles. To this day, I’ve never worked harder in my life than when I was at UNM in the music department. I’m very grateful for the experience looking back now because it prepared me more for the Navy than I knew it would.”