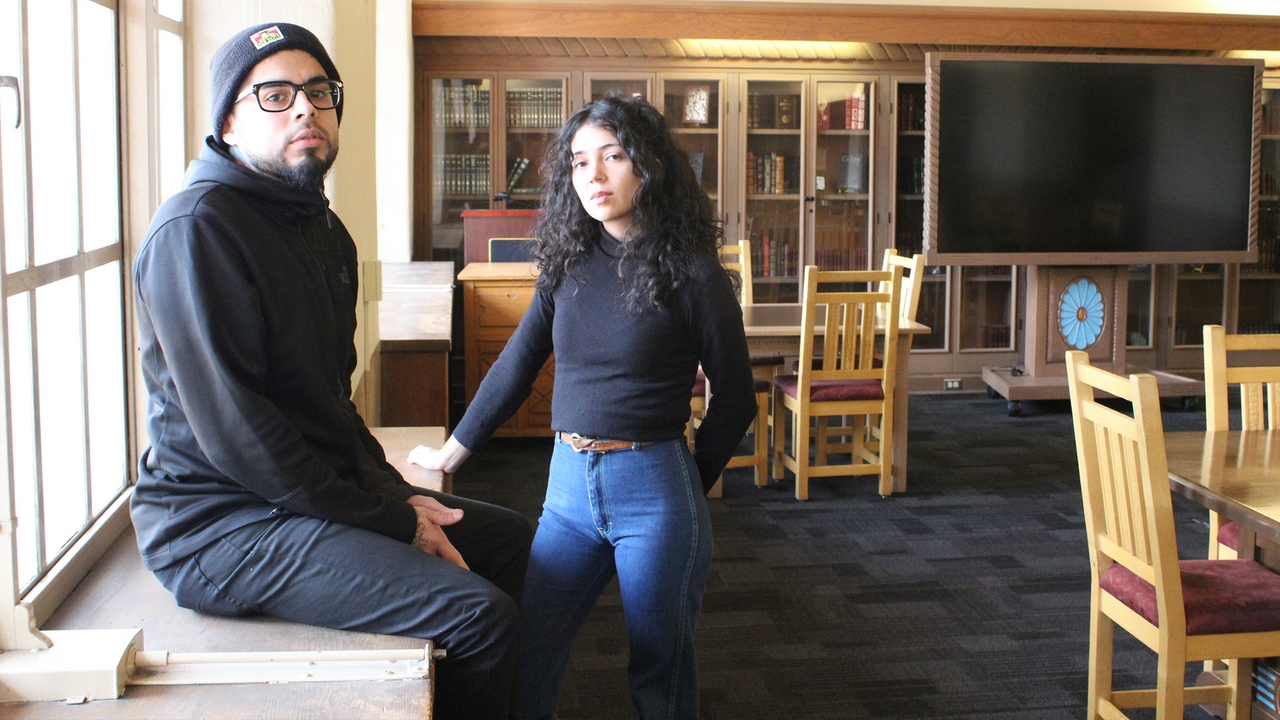 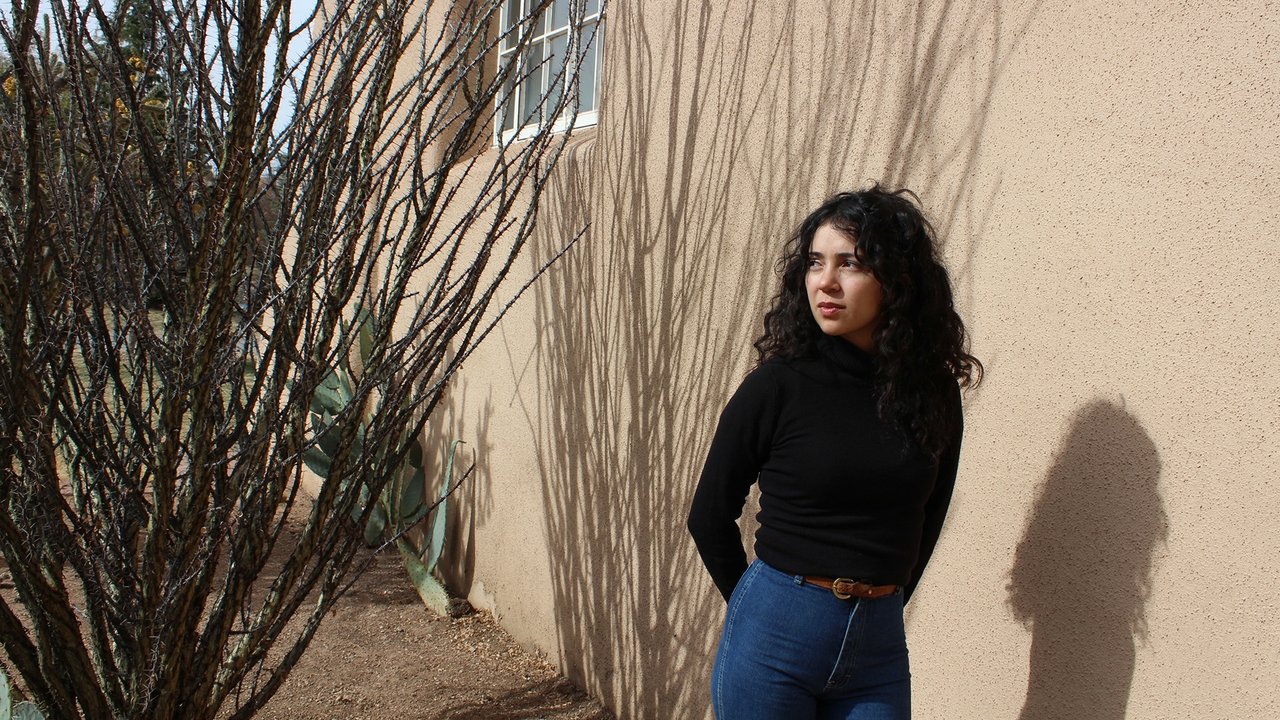 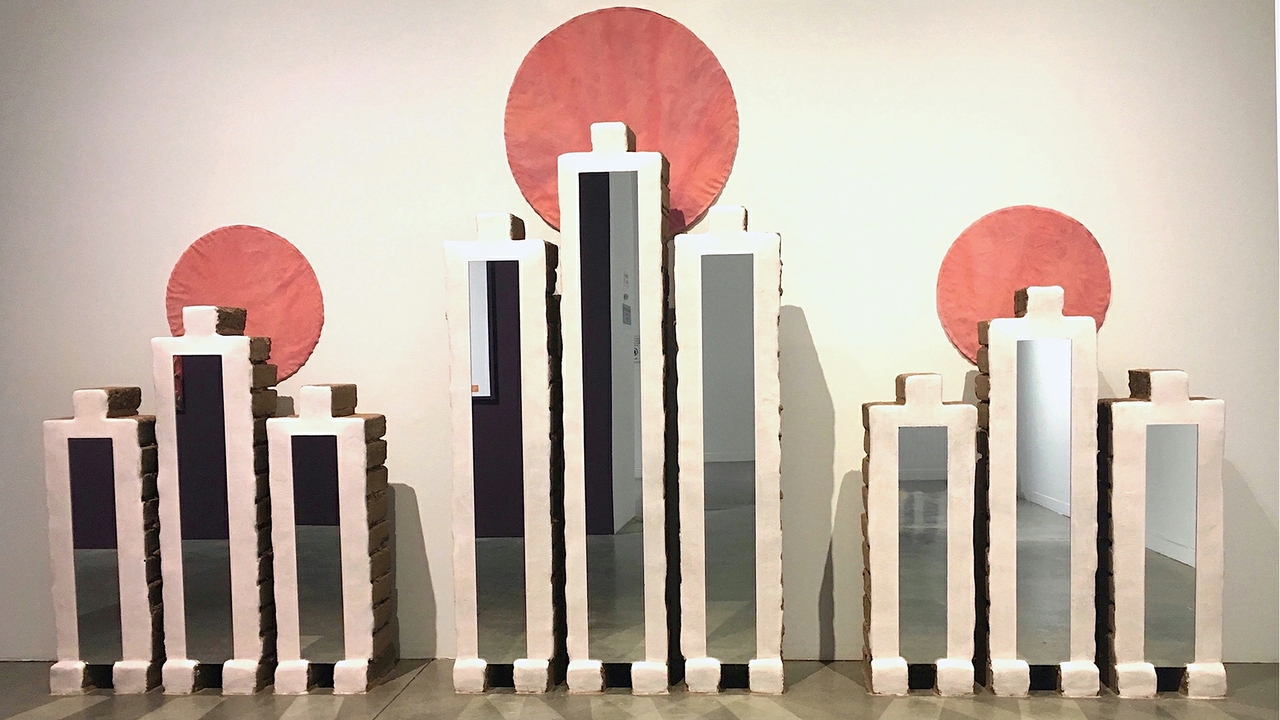 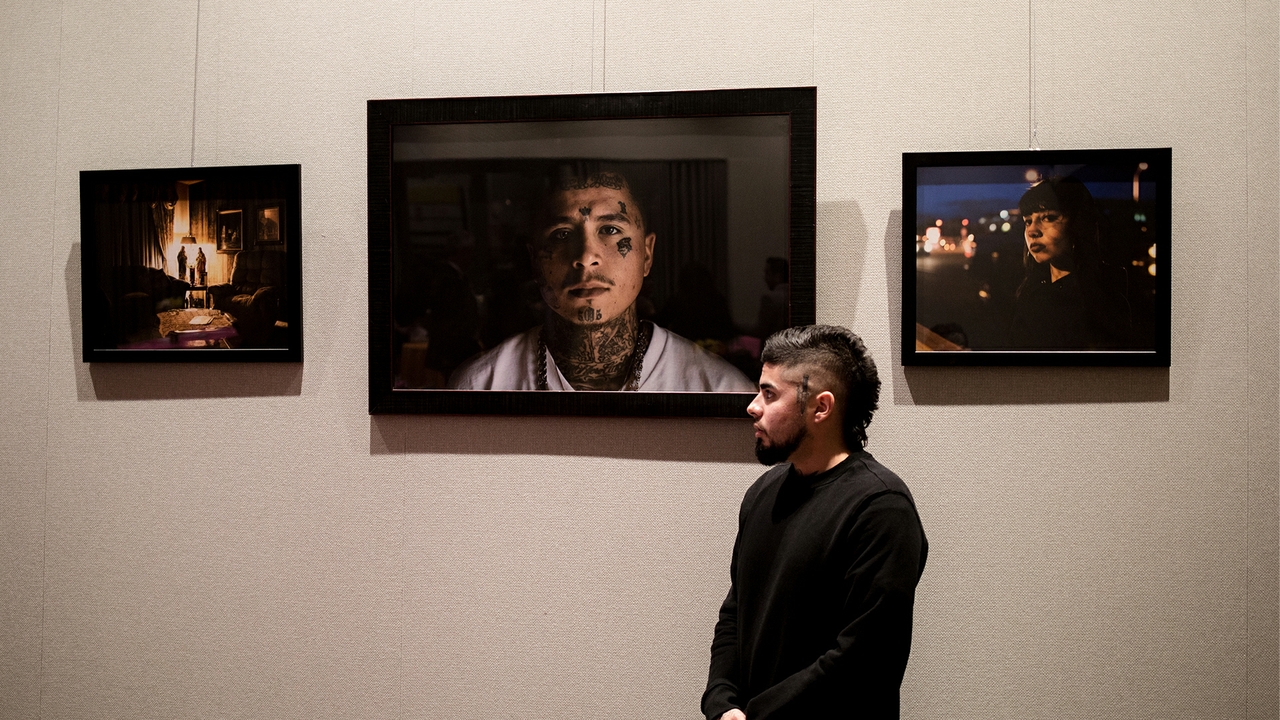 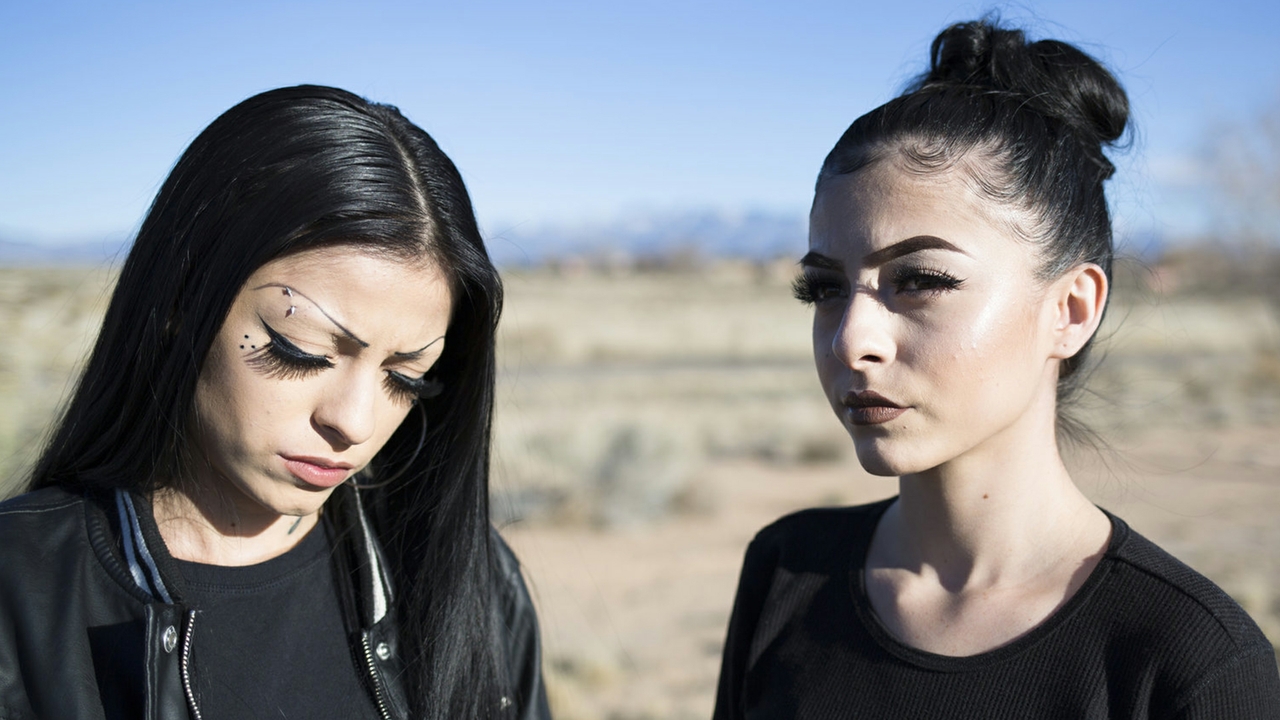 Two University of New Mexico alumni are among the 59 artists who have been selected to show their work in the State of the Art 2020 exhibit at the Crystal Bridges Museum of American Art and its satellite The Momentary in Bentonville, Ark. Frank Blazquez and Joanna Keane Lopez were selected this summer to be included in the exhibit.

Crystal Bridges Museum of American Art is one of the biggest contemporary art museums in the world. The museum is spearheaded by Alice Walton, daughter of Walmart's Sam Walton.

“I majored in history because I felt it’s difficult to understand humanity without the causal factors of why things and people exist in certain ways. Also, I felt like examining primary documents is a skill that can lead anyone to success in people-driven art careers and paths.”

But Blazquez’s road to artistic acclaim hasn’t been easy. As he worked his way through school, he battled addiction, which took him into some dark places. There he encountered people who also faced addiction, people who had lived hard lives, been to prison.

“I almost died execution style via handguns twice by Albuquerque violence,” he revealed. “Sometimes I feel like I am on borrowed time as I should have died twice and I work with a heightened sense of urgency. I don’t take pictures of affluent people with smiling faces because it would abandon the real catalysts behind my craft.”

After getting clean, he decided to document the people and faces he had encountered.

“I graduated and maintained a sober path because I really wanted to achieve something bigger than myself, mediating lesser-known portrait stories often suppressed by those in authority positions.” Blazquez also has built a career as a videographer and his poignant stories of redemption can be seen on YouTube.

“I am an artist working in sculpture that is inspired and combined with public, participatory, and social engagement. I primarily work with the materials of adobe architecture, earthen plaster, and alíz (a clay slip paint) to address conceptions of sculpture in engagement with land,” Keane Lopez explained.

“I feel like the most influential educational experiences I received while at UNM was completing my BFA honors thesis Oda a la fuente, a grant writing class with Andrea Polli, and the Art and Field Ecology field program Land Arts of The American West. All of these experiences were integral for my development as an artist while at UNM. There were also a couple of art history classes I took from Ray Hernández-Durán and Holly Barnet-Sánchez that I believe have had lasting effects,” Keane Lopez said.

Neither Blazquez or Lopez know how the museum discovered their work but both are thrilled to be included. According to a museum press release “The team [of curators] visited studios across the country, resulting in the selection of a diverse group of 59 artists, from varied backgrounds and at different points in their careers.”

Blazquez will exhibit a photo entitled The Gallegos Twins from Belen, NM, from his Barrios de Nuevo Mexico: Southwest Stories of Vindication photo series. The twins are New Mexico-born, 19-year-old Kitty and Bunny Gallegos. Bunny looks down from under pierced, thin, drawn-on eyebrows. Next to her eye is a triangle of three tattooed dots that symbolizes “mi vida loca,” or “my crazy life. Kitty looks outward and appears to be untattooed. Both are dressed in black and meticulously made up.

Like the twins, most of the women in his portraits wear dramatic, stylized make-up, while the men are heavily tattooed. No one smiles, but their humanity shines through.

"I really feel like it reflects authentic New Mexican residents,” he observed.

“I found them online searching for twin subjects, and I really loved the fact that they are identical twins (although contrasting fashion styles). Also, they are from rural Belen, New Mexico, and me being from Chicago, I am still fascinated by small town Southwest America – areas of the country that are still untouched by mainstream activity,” Blazquez said.

Keane Lopez will build an installation on site at the museum. Her installations of adobe and mirrors echo New Mexico architecture as it reflects the land and sky and the viewer standing within it.

“I was commissioned to create a site-specific adobe installation. The work is entitled A Dance of Us, Un baile de nosotros. There will also be a performance event taking place at the sculpture with various performers from New Mexico,” Keane Lopez explained. The piece will be made as much of her work is of alíz, adobe bricks, mud, mica, and mirror.

"As a sculptural installation, A dance of us, Un baile de nosotros explores concepts of duality, unity, and multiplicity – an exploration of home and a seeking of increasing awareness and relationship with land," she added. "A blending of the inside and outside, private and public, the individual and the community. The sculpture brings to light the symbology of the door, the separation of two distinct areas keeping spaces a part, the negotiation that takes place before the threshold can be crossed, acting to deny or allow passage through one place or one state to another. Performances take place amidst the installation that questions spaces of boundary and duality to ultimately create a space of unity, connection and diversity. A coming together, a dance of us, a space for gathering, performance, and dialogue."

She summed up her inspiration in a poem:

Home and land, a place of an always love! The inside and the outside, the door, a portal, an entrance, an exit, a barrier, a boundary, a space of protection, the ultimate embrace.

A singsong land where the earth rises up to meet you, to greet you, to challenge you, envelop you and hold you in its rough brown skin.

Duality and its sameness, the love-struck unity of it all, fighting and playing in the mud, in the rivers, in the sky, while sun shines all the same.

The Crystal Bridges and Momentary exhibition will be on view from Feb. 22 to May 24, 2020. The show will highlight “contemporary artists who are making work that raise topics and important questions about this moment in time,” according to the museum website. The museum is located in Bentonville, Ark, and admission is free. The two UNM alumni are the only New Mexico artists in the exhibition. 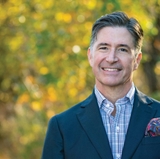 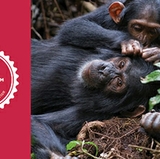 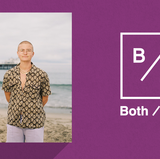 'Both&' soars in creating clothes for transgender, nonbinary communities