The University of New Mexico Alumni Association has announced the recipients of its 2019 Lobo, Zia and Inspirational Young Alumnus awards.

The recipients will be honored at the Alumni Association’s All-University Breakfast on Saturday, Oct. 26, in the Whyte Room at the Hyatt Regency Downtown. The breakfast begins at 9 a.m.

The public is invited to attend. Tickets are $25 per person and reservations are required.

“We are proud to honor our 2019 Lobo, Zia and Inspirational Young Alumnus award recipients for their significant accomplishments and the positive impacts they have made on their respective communities,” said Vice President of Alumni Relations and Executive Director of the Alumni Association, Dana Allen. “Each year, we celebrate UNM’s outstanding alumni during Homecoming. This year’s award recipients have all made significant contributions to the University, our city, state and country. We are proud of our alumni.”

Henry graduated from the University of New Mexico in 1973 with a bachelor's degree in physical education. He began his college coaching career at Blinn College in Brenham, Texas in 1983. Within 3 years after taking over the program, he won his first of two consecutive National Junior College National Titles.

Zia Award
José García (BBA, 2003)
José García is one of three recipients of the Zia Award. He has more than 15 years of experience organizing and attending conventions and events. Currently, he serves as general manager of the Albuquerque Convention Center. In 2004 García started with ASM Global as an event coordinator where he worked his way up as director of event services, before being named general manager of the Albuquerque Convention Center.

García graduated from The University of New Mexico in 2003 with a bachelor’s of business administration in travel and tourism management from the Anderson School of Management.

García grew up in Cuba, N.M. where he graduated as Salutatorian from Cuba High School.

He is a veteran of the United States Navy where he served four years as a Quartermaster 2nd Class Petty Officer. Garcia is a member of several professional organizations including the International Association of Venue Managers, the New Mexico Hospitality Association, and the Greater Albuquerque Hotel & Lodgers Association.

Stephen Griego (BBA, 1980)
Stephen Griego graduated from The University of New Mexico in 1980 with his bachelor’s of business administration from the Anderson School of Management.

He is the president and CEO of Distribution Management Corporation in Albuquerque. DMC Logistics is a leading provider of customized logistics and delivery solutions operating in Utah, Colorado, Arizona, Idaho, Nevada and Texas. Since the creation in 1986, DMC Logistics has grown to service a wide variety of industries throughout the region. From dock-to-door, Griego’s team meets evolving needs with industry-specialized expertise in the movement of products that provide predictable value among multiple stakeholders.

Verallen Kleinhenz (BA, 2009; MA, 2012)
Verallen Kleinhenz, the final Zia Award recipient, is the co-founder and musical director of Expressions of Joy (EoJ), a nonprofit choir that serves adults with developmental disabilities. Kleinhenz formed EoJ so that her oldest son, Andy, could have an outlet to sing and perform.

Prior to establishing EoJ, Kleinhenz spent most of her career as an Air Force wife, raising three children. She was employed at Air Force and Navy Chapels in California, Mississippi, Guam and  New Mexico.

Previously, Chawla was a senior scientist at Cellerant Therapeutics, Inc., where she has used her diverse experience in chemical engineering and bioengineering for the development of Cellerant’s progenitor stem cell product for the treatment of neutropenia following chemotherapy or radiation exposure.

During her tenure at Cellerant, Chawla has developed multiple complex cell-based assays for the assessment of functionality and potency of cell-based products as well as cytotoxic antibody drug conjugate products. She has spearheaded product improvement projects and developed strategies for the reduction of cost of goods.

Chawla has numerous publications in peer-reviewed journals to her credit. She was the editor for the recently published “Biomaterials for Tissue Engineering” volume in the “Methods in Molecular Biology” series, published by Springer. In addition, she has been an invited speaker at multiple conferences. 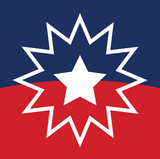