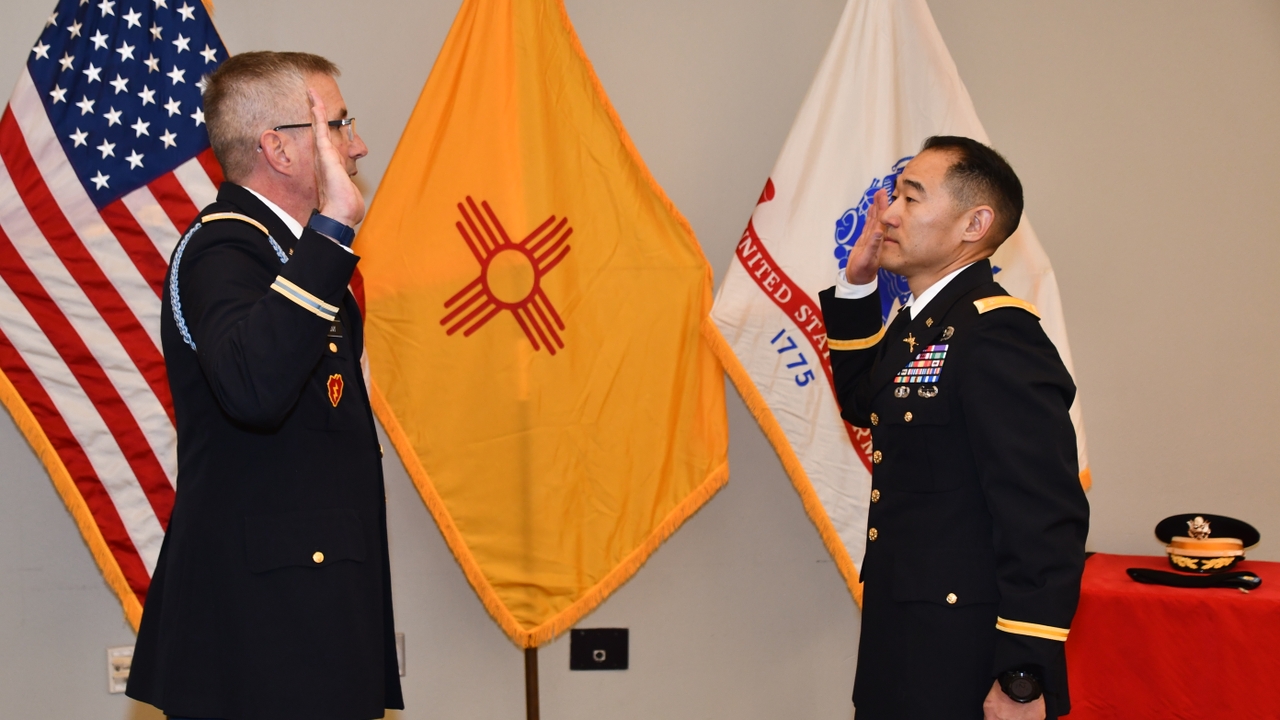 From major to lieutenant colonel

Thomas Chae, professor of military science at UNM's Army ROTC, was recently promoted in the U.S. Army from major to lieutenant colonel. 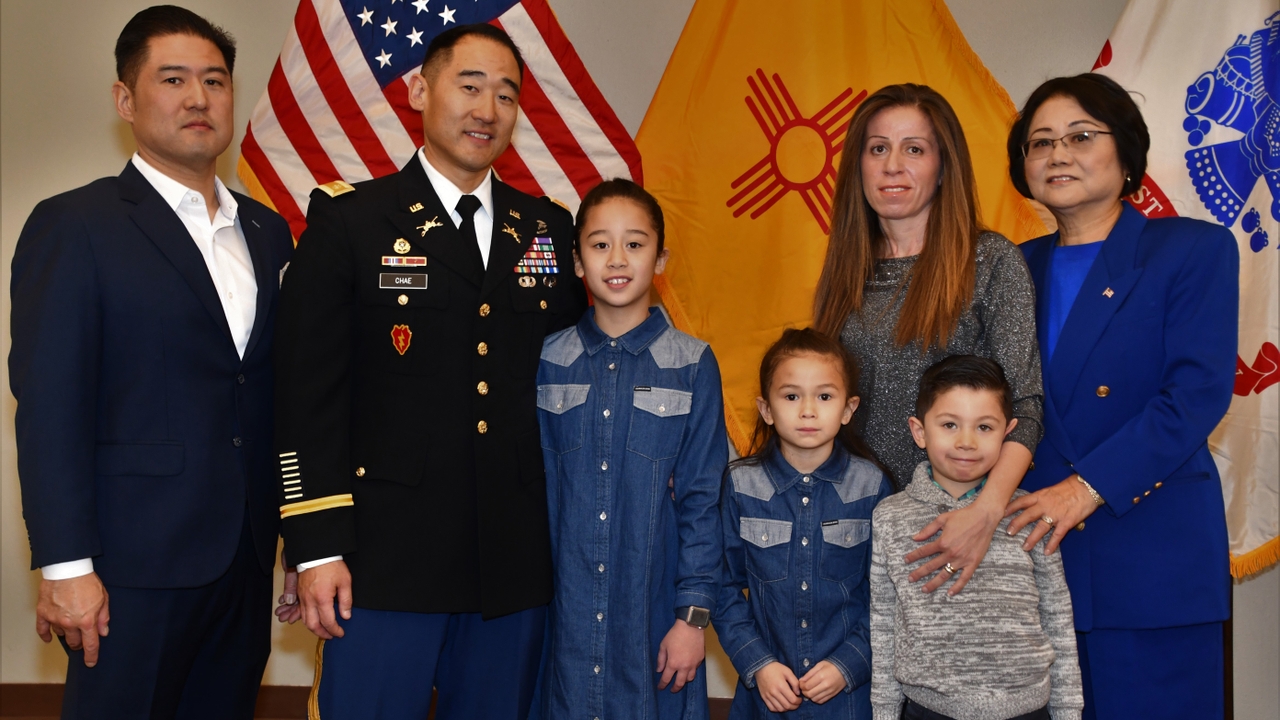 Chae has held many titles and achieved significant accomplishments during his tenure. 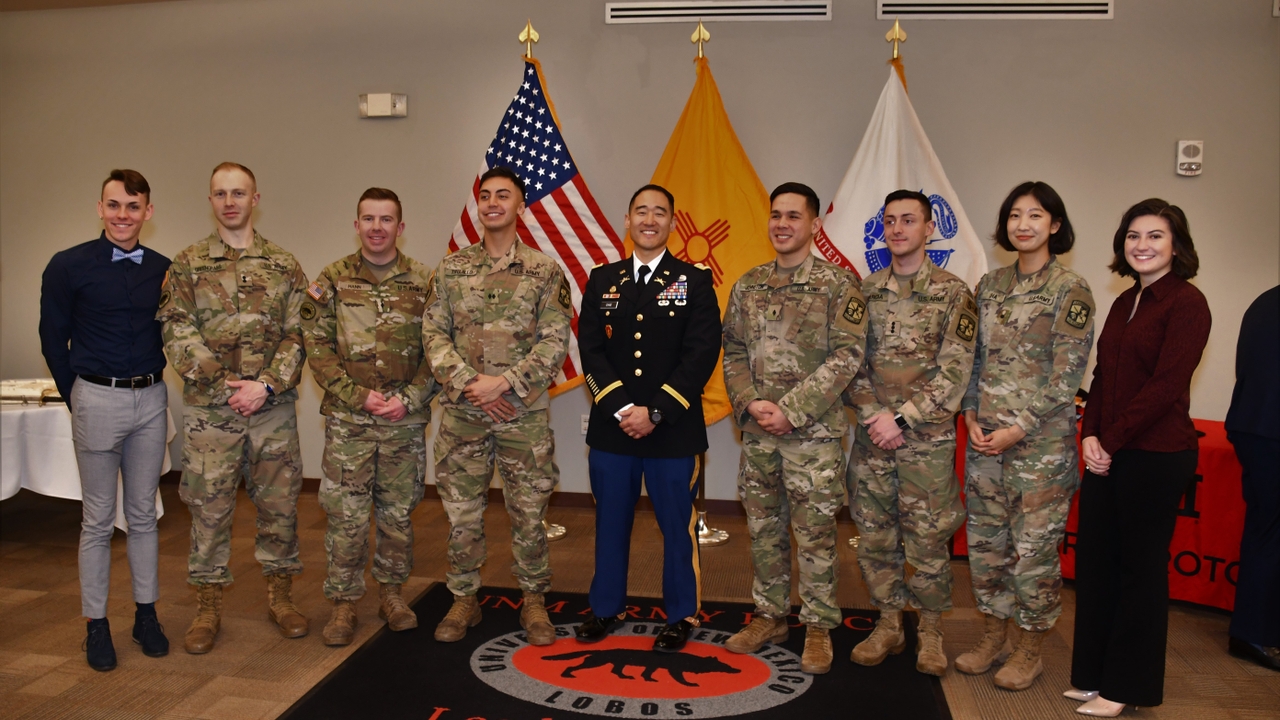 Chae credits his family and fellow military mentors for his years of continued  success.

A professor of military science at The University of New Mexico's Army ROTC was recently promoted in the U.S. Army from major to lieutenant colonel.

Thomas Chae, who has served in the Army for nearly 17 years, has held many titles and achieved significant accomplishments during his tenure including: platoon leader in Iraq, troop commander in Afghanistan and brigade executive officer for a Stryker brigade combat team at Ft. Carson, Colorado.

“Like everything in the military, this promotion was something I did not earn solely by myself but rather an output to many folks who helped along the way,”  Chae said. “There are a lot of people to thank.”

Among those people are his supportive family and his military mentors made up of his platoon sergeant and first sergeant who he said taught him so much about life and leadership.

Chae is currently a professor of military science for UNM's Army ROTC—a role he said he thoroughly enjoys.

“I love working with and developing the cadets,” he said. “These are young adults who handle a full-time academic schedule, many work to support themselves and their families, and all put in a lot of time and dedication to ultimately commission and become officers in the US Army.”

He said he believes most college students at UNM or around the country could not do what his cadets do, and he feels privileged to work with such a talented and special group.

The lieutenant colonel was recently honored for his prestigious promotion at a ceremony hosted by the University’s Army ROTC.